A new wave storytelling: the intersection between journalism and Indigenous identities 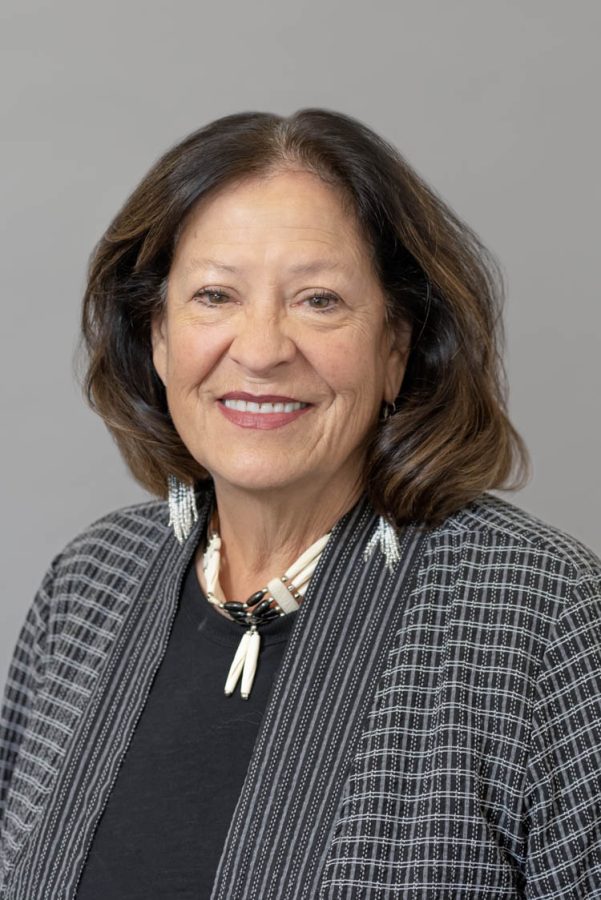 Patricia Loew, professor in the Medill School of Journalism at Northwestern University, shares how her Indigenous identity shaped her experience as a broadcast journalist.

The recent racial justice movement in the United States, has inspired many communities to examine issues of race in their own city, place of work and in the media they consume.

Today, 9.7 million citizens self-identify as Indigenous or Native American in the United States, according to 2020 Census data.

But, less than .5% of all journalists in mainstream media publications are Indigenous, according to the 2017 American Society of News Editors.

With a lack of reporters who identify as Indigenous in media publications today, is there any intersection between American Indian identities and journalism? How can consumers and reporters alike add diverse perspectives to their personal narrative and intake of the news?

Evelyn Nelson, a reporter from the Spectator, spoke with Loew to answer these very questions amidst the recognition of Native American Heritage Month this November.

Prior to her career in higher education, Loew was a notable broadcast journalist in public radio and television. Loew hosted several news programs for Wisconsin Public Television: WeekEnd and In Wisconsin, according to Wisconsin Women Making History.

As UW-Eau Claire celebrates Indigenous voices in all areas of the university’s academia, Loew shares her experience as an Indigenous woman in the field of journalism, to encourage others toward acceptance of Indigenous identities while reporting.

Nelson: As an enrolled member of the Bad River Band of Lake Superior Ojibwe, how does your own culture play a role in the way you have reported as a journalist?

Loew: There are four pillars we talk about when conducting yourself in Native America. The four R’s — relationship, respect, responsibility and reciprocity. If journalists or any kind of person that’s collecting any kind of data embraces those four values, they will do well in native communities. This is the essence of what I’ve tried to do and how I’ve navigated being a mainstream reporter but also being Indigenous.

Nelson: How can journalists apply these four pillars when reporting on Indigenous communities or diverse content in general?

Loew: When it comes to relationships, I think a lot of times mainstream reporters are operating under deadlines and being forced to act quickly. And so, (reporters) tend to stay within our own cultural comfort zones and dip in the well we have drunk from before. This is a problem in Native America because many of our reservations are geographically remote and it’s difficult to include them in the everyday kind of storytelling. If you are able to form relationships with Native people before there’s a crisis, and before you descend on them with cameras rolling, that is really important. It’s also a good way to find stories that you might not find elsewhere.

Nelson: Are there any historical events you believe have resulted in the lack of diverse reporters within the field of journalism — specifically Indigenous reporters?

Loew: I’m always nervous about painting Native communities with a broad brush. But, I think it’s safe to say the manifest destiny and settler colonialism leads to dire consequences and creates an exploitable second-class citizen. In particular, if you look at the education native children received, you see the kinds of skills that were taught. Boys were taught how to be farmhands and girls were taught how to be someone’s servant. It was really clear that someone’s vision for these children was that they’re going to become somebody’s maid or somebody’s farmhand. Those policies have historical consequences that affect almost all native communities in this country.

Nelson: Is there a story you have reported on or experienced in your career, where your Indigenous identity made you think differently about the field of journalism?

Loew: My tribe was really experiencing violence on the boat landings over the exercise of our off-reservation treaty rights, specifically spearing walleye. It was my relatives who were out on the water, spearing fish and getting shot at. When this was being covered, I very consciously stepped back and didn’t cover it, because I felt like it was a conflict of interest. My news director at the time asked me why I felt that way and said, “You’re the only television Native American television reporter in the state of Wisconsin, and you think white reporters will have more insight and be better capable of telling this story than you are?” This really made me think that maybe I bring something to the coverage that other reporters might not. And maybe, I should be covering this issue. And so, I did. I was criticized for it, but nobody seemed to mind white reporters were covering white protests at the time.

Nelson: What are your thoughts on the intersectionality between American Indian Studies and Journalism?

Loew: I absolutely think there’s an intersection between journalism and American Indian Studies. I think journalism is a scaffold, it provides a foundation to inquire into anything. Journalism is about giving voice to the voiceless and playing the role of a fourth estate that keeps its eye on government. And, you know, the government doesn’t always act in the best interest of marginalized communities. I think (journalists) can shed light on any kind of community where there’s a power imbalance.

Nelson: What is the best approach for consumers and reporters alike, to add diverse perspectives to their personal narrative and intake of the news?

Loew: Cultural humility is a really important quality for any journalist who wants to cover any kind of community that’s been marginalized. If I go into (reporting) with humility, and communicate that I am here to learn, I can ask questions and not make assumptions.

(In journalism) we need allies. We need people that understand the value of diversity. I don’t think you have to be Native American in order to cover Native American issues, so it’s about making the effort to widen your sources and put yourself in a position where you can form those relationships that are going to enrich your reporting.

For more information on Loew’s history in the field of journalism and her collection of published works, visit her curriculum vita here.