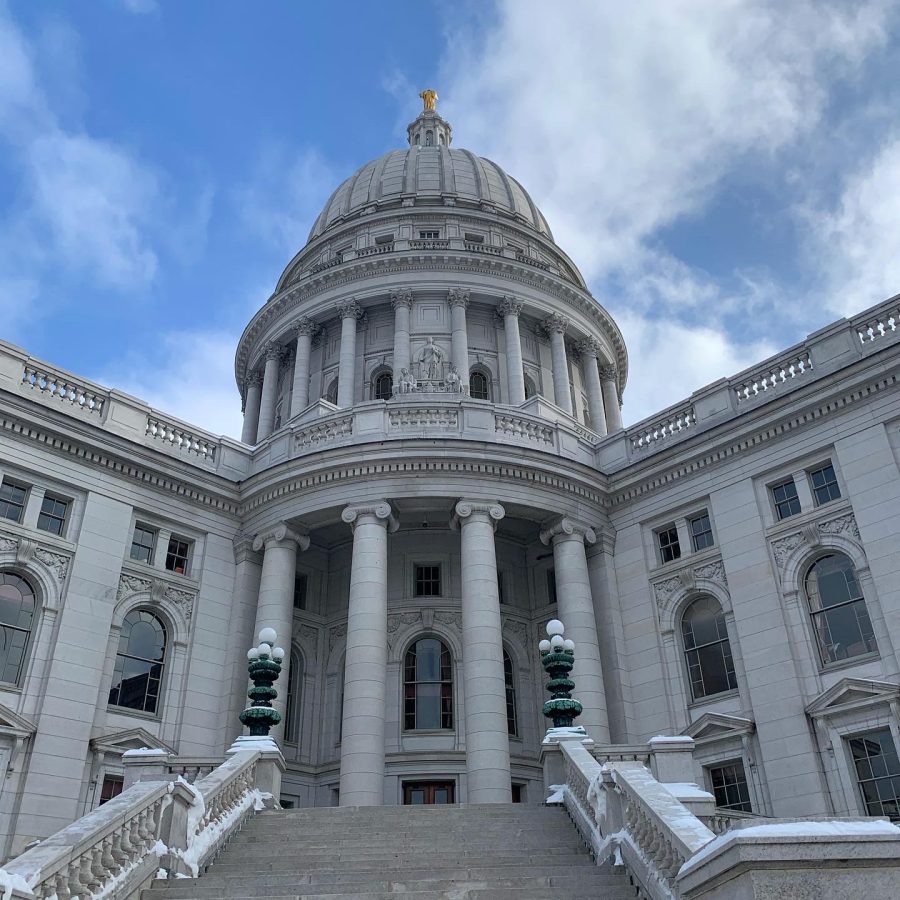 A resolution in condemnation of Wisconsin State Legislature Bill 411 was brought to the general assembly of the Student Senate Monday.

This bill was brought to the State Assembly by Chuck Wichgers, a Republican Representative for the 83rd District. Bill 411 aims to amend and create statutes relating to the teaching of anti-racism and anti-sexism in Wisconsin public K-12 and charter schools.

Specifically, this bill aims to prohibit schools from “allowing a teacher to teach pupils race or sex stereotyping in any course or as part of any curriculum.” Wichgers provided an addendum to his testimony outlining terms that he seeks to prohibit from being taught in schools. Some of these terms include: critical race theory, anti-racism, equity, intersectionality, land acknowledgment, patriarchy, social justice and systemic oppression.

The bill passed on party lines in the Republican-dominated state assembly, 60-38-1.

Student Senators Bailey Carruthers and Mengcha Moua brought the resolution in condemnation of this bill to the Student Senate body on Monday. The resolution outlines the reasons the Senate condemns the bill, citing the university’s commitment to “bringing needed change to the UW-Eau Claire campus — and our community — as well as how they’re helping students broaden their perspectives and better understand their own experiences.”

Carruthers, Student Senate Intergovernmental Affairs director, said the university’s history — being founded as a Normal School and later as a Teacher’s College — makes this bill particularly important to the student body.

“It’s important to continue the institutional legacy of this university that was founded on the ability to properly educate and advocate for teachers,” she said.

While this bill doesn’t refer to higher education, Carruthers said it is the Senate’s duty to advocate for and against state policies that could affect the university — the education of Wisconsin K-12 students directly impacts the future of the university.

Carruthers also said condemning this bill also sets an important precedent, as other bills pertaining to the same issue, Assembly Bill 413 and Senate Bill 409, would impact UW System and state Technical Colleges. These bills use the same language as the one that passed the assembly, but these principles are applied to higher education rather than K-12.

The timing of bringing this resolution to the Senate was intentional. Carruthers and Moua authored this legislation in 24 hours so it could be brought in front of the student governments from other schools who were in attendance of Monday’s general assembly meeting.

A few speakers both in the Student Senate and in the gallery were concerned about the resolution’s strong language, for fear that it will sever the relationship between the Senate body and the Wisconsin State Legislature. Many Senators refuted this claim, citing their duty as the official voice of the student body to advocate for the student population.

“There are children whose livelihoods in their schools are dependent on this bill,” Senator Jacksen Wolff said during the deliberation. “When we use the word condemnation, it is intentional, because we are condemning it. And we must be very clear in that, even if it upsets some of those who wrote this bill.”

Many Senators said this bill’s aim to censor teaching histories, particularly those of students of color, felt like a “personal attack.”

“I personally feel like, morally, I have to stand up for this,” said Moua, Student Senate Equity in Student Matters director. “Because, at the end of the day, I don’t know if I want to have those relationships (with the legislature) if it means having to roll over when I’m being attacked.”

Student Senator Yoshi Gaitan brought up that the phrase “land acknowledgment,” which Wichgers included in his list of terms to ban, is particularly important to the UW-Eau Claire campus, as the campus occupies the sacred and ancestral lands of Indigenous Peoples.

While the bill itself does not explicitly use the term “critical race theory,” Wichgers acknowledges in his addendum to his testimony that the legislation contributes to the ongoing nationwide discussion of CRT. Specifically, this legislation aims to prohibit any implementation or education around CRT.

Critical race theory is a term that was coined by legal scholar Kimberlé Crenshaw, who posits that racism is systemic and woven into our systems — it is not just perpetrated by individuals with prejudices, but by the system as a whole.

This term became a buzzword in September of 2020 when President Donald Trump issued an Executive Order effectively banning federal agencies from conducting diversity trainings relating to critical race theory and other topics he claimed were “anti-American propaganda.” President Joe Biden rescinded this executive order on his first day in office.

Wisconsin is one of 27 states that has recently made legislation aiming to prohibit or restrict education around CRT. Many of the states’ legislations pertaining to CRT use similar language to Trump’s order, and all have been brought forward by Republicans.