Study abroad trips to Italy, Spain, France, Germany, and South Korea have all been approved for upcoming semesters at UW-Eau Claire 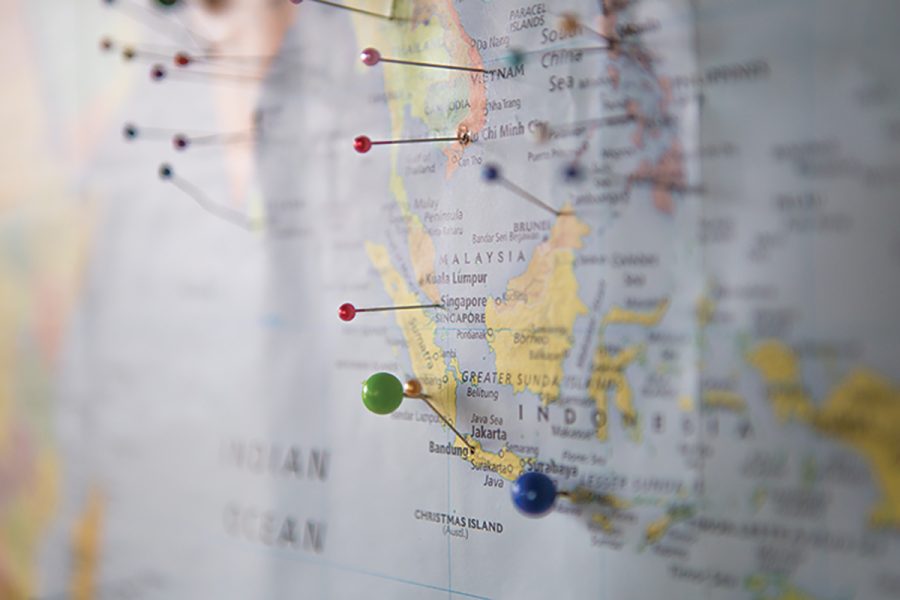 With study abroad programs opening up again throughout the UW system, many students are looking forward to finally being able to take their long-awaited trips abroad. This semester, we have one student studying in Lyon, France, and 10 in Valladolid, Spain.

When looking at a survey of students on campus, 63.3% of them said they are considering studying abroad now that programs are opening up again at UW-Eau Claire.

Study abroad coordinator Jackson Schmidtke-Harold spoke about the long-awaited abroad trips finally getting back on track.

“I am really excited to see students have the opportunity to go abroad again,” Schmidtke-Harold said. “We have had some students that have had their application rolled over for five semesters now.”

Schmidtke-Harold has been a study abroad coordinator since 2016 at UW-Eau Claire, and spoke about the difficult decisions that go into coordinating and cancelling abroad trips.

“The university has a policy that any travel to a level three or level four country has to be reviewed by the travel risk committee,” Schmidtke-Harold said. “And many of our programs right now are in that level three and four designation because of COVID-19.”

Currently, the State Department has a four-level system regarding travel regulations. Level one being perfectly safe to travel, and level four being advised not to travel.

According to Schmidtke-Harold, the first step in the process of making these programs happen is the safety research that study abroad advisors conduct to evaluate the situation in these countries.

Schmidtke-Harold said this assessment then gets sent to the travel risk committee, and then upper administration evaluates if the university will allow travel for students.

Chris Lofgren, a fourth-year computer science student, is graduating this semester without getting to travel as he planned. Lofgren said he was scheduled to go on a study abroad trip for the 2021 fall semester to Ireland, but was unable to go due to COVID-19 concerns.

“I wasn’t super happy with the fact that the trip was cancelled, but I understand the rationale behind keeping students safe,” Lofgren said. “Of course, following all of the travel restrictions that were put in place, I don’t know that there was too much of a safe way to make that trip to Ireland happen.”

Lofgren said that if he was able to study abroad again, he would have taken the chance. But with no general credits left, he is going to have to graduate this semester.

Many students are being given another opportunity to study abroad this year. There are 12 UW-Eau Claire students for the winter term in Italy and 59 students during the spring semester, divided between France, Germany, Italy, Spain and South Korea.

Speaking about the future of study abroad opportunities, Schmidtke-Harold expressed his optimism for these trips.

“As an office, we are cautiously optimistic that study abroad is going to be running at a level much closer to 100% than what we have been,” Schmidtke-Harold said.

With many students patiently waiting on their opportunity to go abroad, these programs have been long-awaited.

“I think that’s gonna be the most rewarding thing, when I get the email that says ‘hey, your students have arrived at this university,’ it’s going to be one of the highlights of the year for sure,“ Schmidtke-Harold said.

Schoenemann can be reached at [email protected]