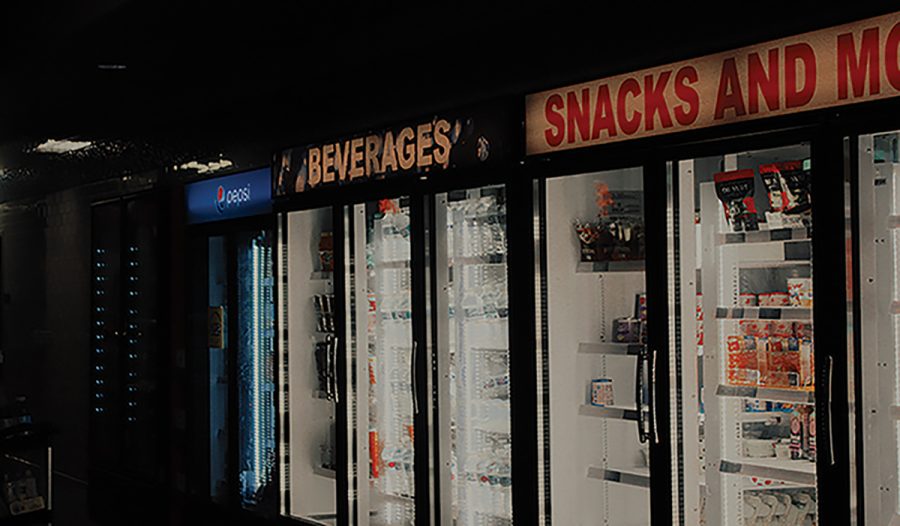 Blugold dining is losing as much as $250 daily this year.

Theft isn’t exactly a rare occurrence. According to the FBI, there were over 5 million instances of theft in the U.S. in 2019. This year, UW-Eau Claire is no exception.

Chacon said people have always stolen from Davies on occasion, a sandwich or drink from time to time, which isn’t the end of the world, but this year has brought on a substantial increase in losses.

Students will take food or beverages and either put it in their backpacks or finish it before walking out without paying, Chacon said.

Chacon said he believes the students committing theft are doing it out of entitlement, thinking they’re smarter than dining staff and other students.

There are two solutions, according to Chacon. Either the school finds a way to prevent the theft, or prices need to go up to recuperate the losses.

Ryan Mass, a fourth-year business and political science student, said heightened prices at Davies would come at a cost for everyone involved.

“It’s already expensive,” Mass said. “But also, I think if prices went up, theft may also go up. It’s a lose-lose situation.”

The Davies marketplace isn’t run directly through the school, it’s contracted through Sodexo — a catering company — according to UW-Eau Claire’s website.

“If we catch a student in the act, we take the student ID numbers,” Chacon said. “Then, we pass their information onto the Dean of Students and let them take care of it.”

Chacon said this is the action Sodexo will take the first or second time they catch a student. Police intervention will occur for “repeat offenders.”

Sodexo has also considered a routine police presence in the Davies Student Center, according to Chacon.

Chacon said Sodexo doesn’t fixate on policing students, they want to focus solely on serving food. However, now that Sodexo is losing money, they have to shift their focus. Police presence would help Sodexo to get back to their main goal of keeping students fed.

According to Jessica Elley, marketing manager for Sodexo at UW-Eau Claire, if these measures fail, they have a last resort.

Backpacks play such a role in the theft that, if the problem persists, Davies staff may need to ban backpacks, Elley said.

According to Chacon, theft affects more than Sodexo’s bottom line. It affects how the employees do their jobs.

Chacon said in the past, staff members were able to give food to someone who forgot their money or help students out in other ways, but now they can’t.

According to Elley, the problem — and its solution — isn’t a complex issue.