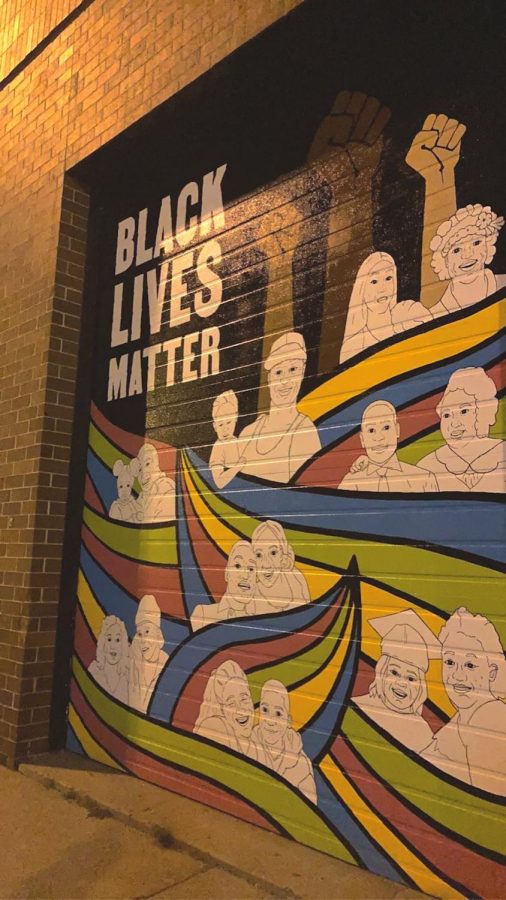 The day after Floyd’s death, the four officers involved with the arrest were fired by the police department.

On March 29, 2021, Chauvin was put on trial for three murder charges, and on April 20, his trial ended — he was found guilty of second and third-degree murder and second-degree manslaughter, facing up to 75 years in prison.

Caesar Young, a UW-Eau Claire student, said he’s mostly been reading up on the trial on websites like CNN.

Young said the trial has been something he’s been interested in because he wants to be more educated on social justice and his culture.

“I want to reengage and get involved with as much Black culture as possible and unfortunately this is part of Black culture,” Young said.

“I just feel like finally being done even though it’s taken a long time,” Wilson said. “This has done a lot for the Black community, especially seeing something happen to a police officer who has done this.”

Although Young and Wilson said keeping up with the trial is important, Wilson said it has affected her mental health, seeing videos of people being shot and killed by police.

Videos of George Floyd’s death were and still are readily available on the Internet for anyone to see.

A study was done by Pex on the most popular Twitter videos between May 25 and June 5, 2020. It found that the most popular videos were Black Lives Matter and race-related videos and were watched over 1.4 billion times.

On April 11, just 10 miles from the Chauvin trial location, another Black man, Daunte Wright, was shot and killed by a Minnesota police officer.

This was also recorded, posted and viewed nationally.

Wilson said she tries to limit her exposure to these videos, along with the Chauvin trial, but still wants to stay updated, so she has scheduled times where she allows herself to go online.

She mostly has felt anxious and sad during the trial and after repeatedly seeing police brutality videos.

“I get really sad or sometimes, I’ll not leave my apartment because I’m scared it’s going to happen to me or I’ll check up on my family to make sure they’re okay,” Wilson said.

A study done by the Journal of Adolescent Health found that for Black and Latinx adolescents, seeing videos of police killings is linked to symptoms of depression and post-traumatic stress disorder.

Stacey Jackson, an assistant psychology professor and counselor, said constantly seeing videos of people being killed by police absolutely can have an impact on viewers’ mental health.

Jackson said this impact comes with layers. While race is a large part of the conversation, at the end of the day a human is being murdered and anyone watching that will be affected, she said.

“Reflecting on the fact that this is a person’s mother, father, brother, dad, sister, cousin best friend — whatever the case may be,” Jackson said. “These are humans whose lives are being lost and we’re witnessing it.”

When specifically thinking about the Black community, Jackson said symptoms of anxiety, depression and PTSD may arise after watching videos of police killings.

Jackson said a lot of PTSD is trauma you either experienced or the threat of something that could happen to you.

She said when the person on screen looks like the individual watching, and that person is being harmed, they may put themselves in the victim’s shoes and think about whether this could happen to them.

Jackson said there can also be symptoms of depression when watching these videos.

“We’re in an era now where we’re seeing it a lot on social media,” Jackson said. “That grief, the weight of the sadness you feel in regards to witnessing that over and over again comes from repeatedly seeing these murders.”

She said being Black adds another layer to this impact, and it’s important to take a break and separate the video from the viewer’s life.

“You don’t want to start to feel like that is you, that you are having that experience,” Jackson said. “It’s something you are witnessing and are separate from it.”