No spring break, stress and feeling overworked may be to blame 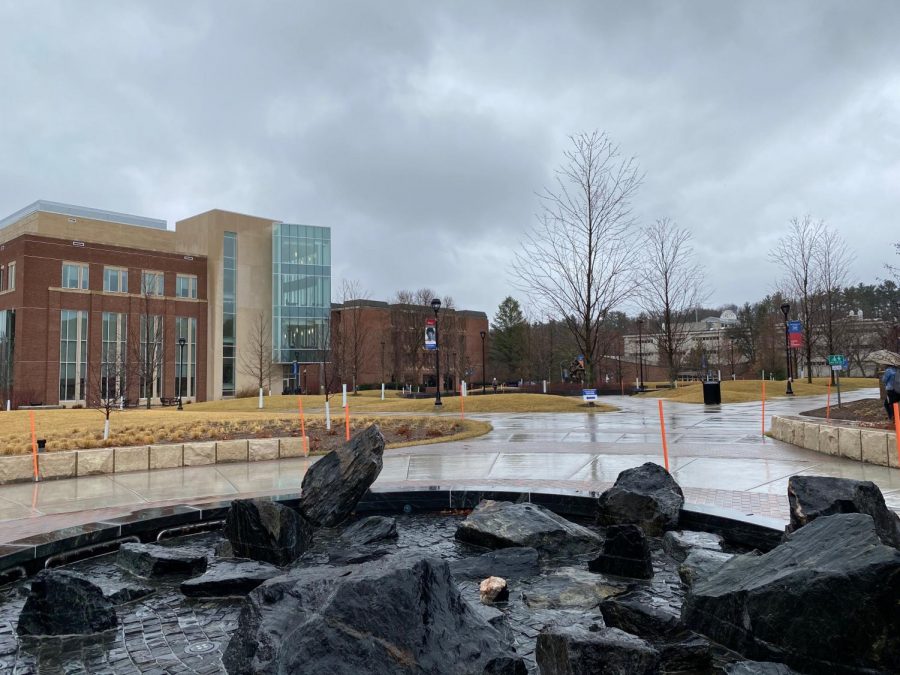 93% of respondents said they noticed a change in their motivation in the past 6 months.

*A correction was made on March 25, 2021. Robin Lentine uses they/them pronouns and was previously listed as being a member of the Blugold Marching Band.

“You can’t medicate a pandemic,” Robin Lentine, a fourth-year comprehensive theater arts student said. “It just feels pointless. Like why am I doing this?”

A survey sent out last week received responses from 315 students at UW-Eau Claire. The survey asked about their motivation, mental health and behaviors. Students were asked to compare how they feel this semester compared to last semester.

Lentine, who struggled with depression, said their motivation on a scale of 1-10, one being totally unmotivated and 10 being very motivated, is at a 2.5. They have been coming to terms with graduating in a pandemic.

“Nothing feels worth it anymore,” they said.

“People always hype up college as the best four years of your life,” Lentine said. “I feel like I have lost some years of my life.”

Of the survey respondents, 69.5% of them said they felt less motivated to do school work than last semester. The top three demotivators students cited were “no spring break”, “stress” and “workload,” respectively.

However, the most common answer for what students would cite as their “biggest” reason for feeling demotivated was “anxiety/depression.”

He said while there is no way to tell if the pandemic has made motivation and procrastination worse, it does continue to be in the top five for student counseling. However, anxiety, stress and depression have been some of the top three concerns for students over the past 10 years.

“I imagine people are feeling some hope that things are ending but are frustrated about how long it has been,” McGrath said.

When asked “Have you, at any point in the semester, lost passion for your schoolwork?” 90.2% responded “yes” and only 3.8% responded “no.” McGrath said this is indicative of “student burnout”.

If a student feels unmotivated to do small tasks like get out of bed and get ready, then tasks like studying for exams will feel even more strenuous than they already are, McGrath said.

Chloe Matthews, a first-year biology student, said she is a four or five on the motivation scale. She said what demotivates her the most is the fact that it has been really hard to make friends in her first year of college because of the pandemic.

“Nobody ever talks to each other in the hallways,” Matthews said. “I see some of the girls in the bathroom and I don’t even know their names.”

Matthews said not having a strong support group of peers has caused her to lose interest in the thing she used to be passionate about: science. The only thing motivating her right now is a “fear of failure” and she said she is also experiencing burnout.

Tyler Johnson, a fourth-year biology student, said he and his friends all agree that professors are assigning more work this semester. He said a lot of it seems to be extra busy work.

Johnson said his motivation is at a six, but still feels like it has significantly decreased since last semester. He said the biggest demotivator for him is online classes.

“Being online makes you feel like you are not actually a part of the class,” Johnson said.

Sarah Helvick, a second-year elementary education student, said she adds on an extra two to three hours of homework time a day because of how much she procrastinates. She said her procrastination definitely feels worse and her motivation is at a three.

Helvick said in the short run it helps her feel better for not having to think about school. In the long run though, she said it brings her added pressure because of the assignments she has put off.

“I feel like I could do a whole lot better if I could just put away my phone,” Helvick said.

Campus mental health resources are not highly advertised, Helvick said, and the university gives off the impression that they are not readily available. Therefore, she has sought resources off campus in order to get the help she needs, she said.

Only 17% of respondents said they feel more motivated this semester.

Emily Annise, a second-year supply chain management and communications student, said her motivation is at a seven.

Annise said what is keeping her motivated is the feeling of being on the “home stretch” in terms of this pandemic. Last semester was a lot worse for motivation, she said, and the fall seems to have promises of a “return to normalcy”.

“Maybe it’s the light at the end of the tunnel,” Annise said.

One thing that could be better, Annise said, is having a spring break because it feels like there is nothing to look forward to. According to the survey, 90% of respondents identified spring break as something that would increase their motivation.

Usually students wait until things get bad, McGrath said, and urges students to consider counseling services even if they think they might not need it. He also recommends using the free app SilverCloud for students that are struggling with their mental health.