Reflecting on a journey cut short 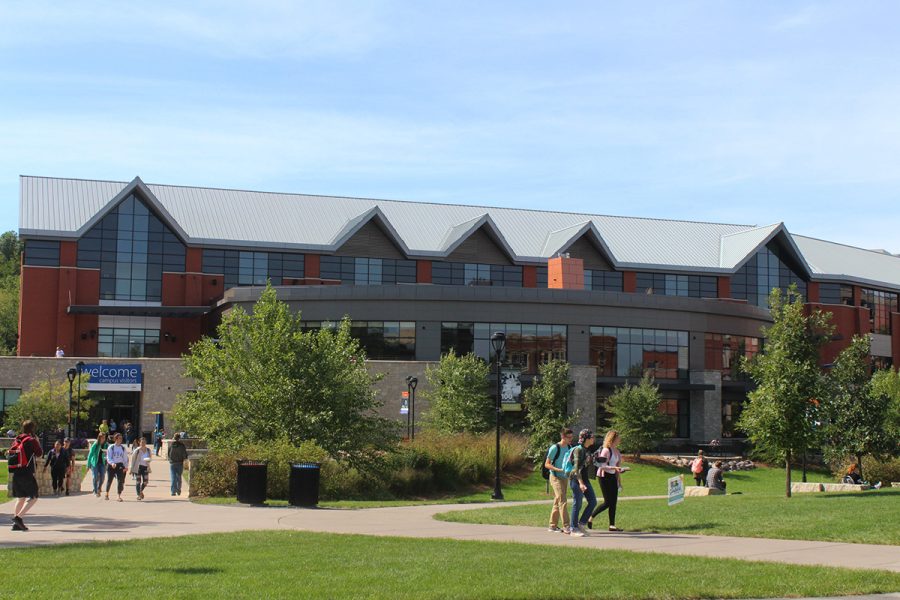 A once in a lifetime opportunity was cut short for many students last year because of COVID-19.

A year ago, in March 2020, UW-Eau Claire students were brought back from their study abroad programs early due to the COVID-19 pandemic.

Mary Kate Schneeman, a fourth-year English linguistics student, was one of those individuals. She was in Marburg, Germany and had been there just shy of three months when she was notified.

“When I saw that we had ten days to get back home, I sobbed in my bed. I just sobbed,” Schneeman said.

She and a friend of hers — who found herself in a similar situation — said goodbye to their professor that day.

“Instead of going to class, we walked around the city for our last moments,” Schneeman said.

When Stefania Draghicchio, a third-year psychology student, got her email, she said she was in a panic.

“I called home, not realizing it was 3 a.m. there,” Draghicchio said.

She told her parents ‘I’m being sent home,’ and she didn’t know what to do.

Draghicchio had been studying in Tuscania, Italy — a place that would soon become one of the epicenters of the world, with COVID-19 cases rising at an alarming rate.

“It was really strange knowing I was in one of the hot-spots,” Draghicchio said. “The day after I got home, the country shut down.”

COVID-19 hadn’t broken out in the United States by that point, but Jenna Krosch-Bouchard, a study abroad coordinator at the Center for International Education, was keeping busy. She was one of the staff members who sent emails to alert students of their immediate return.

“We watched COVID-19 go around the world,” Krosch-Bouchard said. “We were in the thick of it before a lot of our families and friends had even heard about it.”

They understood the unpopularity of their choice to bring the students home early. Besides angry students and parents, this decision also put the CIE itself in a vulnerable position, Krosch-Bouchard said.

“Ultimately, though, when it became obvious that this was something bigger than anyone ever anticipated, everybody understood that they needed to come home,” Krosch-Bouchard said.

Regardless of weighed pros and cons, the decision still left Schneeman, Draghicchio and others scrambling to find flights back to the United States.

Besides participating in tourist attractions, such as visiting Berlin and Dresden, Schneeman said she would miss hanging out with friends she had met in her dorm. Most of them were other international students, from as far away as Taiwan to nearby Bosnia.

She said she would miss goofing around in the kitchen where they would often share food — it was a way to bond and share their myriad of cultures. It was during this time that one of Schneeman’s friends from India made her one of the sweetest chai teas she had ever tasted.

Similarly, Draghicchio said she wished she could have visited Pompeii before leaving but would ultimately miss the weekly local trips organized by her advisor.

“Every Friday, we went on trips to see more of the local places with a lot of history. Those were my favorite days, honestly, because we were a pretty small group and bonded right away,” Draghicchio said.

Both Schneeman and Draghicchio said they expressed immense gratitude for their study abroad experiences, though short, and have intentions of returning abroad.

The CIE is working hard to ensure there are options for future Blugolds wishing to study abroad, Krosch-Bouchard said.

“(CIE) is hopeful to get students going abroad again so that we can find some more stability,” Krosch-Bouchard said, “but it’s been challenging, to say the least.”

CIE is currently working with campus leadership to determine how soon students can resume going abroad. Krosch-Bouchard said they are looking into their summer programs. However, much of the decision is reliant on the conditions of the host country.

If all is well, there is a possibility students could be studying abroad again as soon as this summer — but students must remain flexible.

“We’re looking at fall and are hopeful that with more vaccines being distributed, that will allow for more flexibility,” said Krosch-Bouchard.