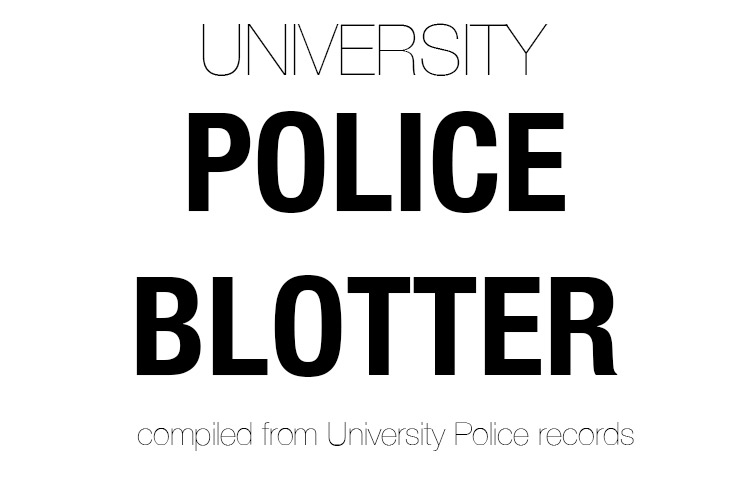 The Communication Center contacted an officer to investigate a male subject who was exhibiting odd behavior at approximately 10:04 a.m. on Feb. 23. The individual was last seen at Einstein Bagels, without a mask on, asking for free coffee and then eventually making his way to the fourth floor.

Upon arriving, the officer did not observe any unusual activity outside or on the main level of Centennial Hall. The officer proceeded to Einstein Bagels to meet with the person who called the Comm. Center.

The complainant then contacted the Comm. Center and reported the individual.

Prior to the report, the same subject was found lying by the facilities office.

When the officer was done talking with the complainant, they made their way to the fourth floor to look for the subject. However, after searching the main areas and bathrooms, there was no evidence that the subject was there.

The officer went back to inform the complainant that the individual was unable to be located, but was told to contact the officer if they saw the subject again.

A student parked in the Chancellors parking lot came to the campus police on Feb. 24 to report her 2015 Jeep Renegade had been vandalized.

Upon exiting her vehicle, after driving to the YMCA, the student noticed that there were broken eggs on the drivers side door and window of the vehicle.

The officer was told by the student that she believed the eggs were on the vehicle prior to leaving the parking lot, and that she didn’t notice it until arriving at the YMCA.

The officer had the student fill out a Loss/Damage form and made an agreement with the student to send the pictures previously taken of the eggs on the vehicle.

At approximately 10:33 a.m. on Feb. 26, an officer met with the Towers Hall Director to turn in a found ID.

The student’s name on the driver’s license was connected with someone living on the eighth floor of Towers, yet, the hall director said they were suspicious after finding the wrong date of birth printed on the ID.

The hall director told the officer that after conducting a search in the UW-Eau Claire student directory, they had found that the student was born in 2002 and not 1999.

Not only that, but the driver’s license found was a Michigan issued license, but the student was from Wisconsin, according to CampS.

The officer took the ID from Towers and contacted the student via phone to inform them that their fake ID was found.

No contact came back from the student and the officer destroyed the fake ID by shredding it after scanning a copy to file.

A student met with a UW-Eau Claire campus officer around noon on Feb. 28 in regard to the fake ID found in the Towers building.

A Blugold card was used to identify the student before the officer wrote a $515.50 citation for the ID card violation, along with a non-mandatory court date set for next month.

After issuing the citation, the officer answered all the student’s questions in regards to continuing to live in the residence hall at that time.

The officer was unable to give an exact answer but told the student that university housing would reach out to provide more details soon.

When the officer asked how the student accessed the fake ID, they told officers that two cards were bought online, but they had lost the other one already.

Once there were no more questions, the officer left the scene.