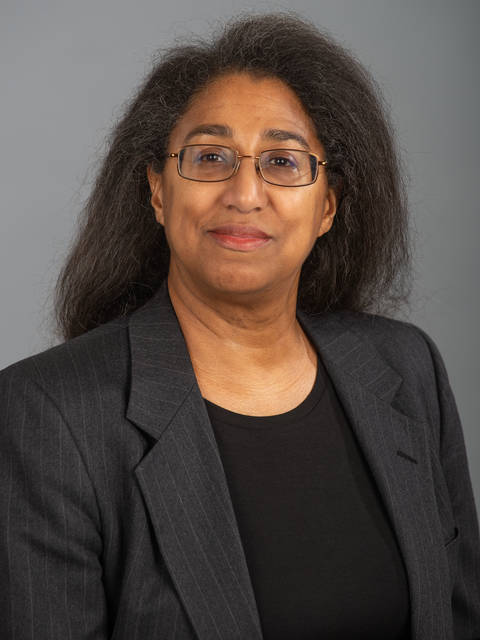 Selika Ducksworth-Lawton started her career as a history professor at UW-Eau Claire in 1993.

The UW System recognizes teams, individuals and programs that have exemplified access to underrepresented students, specifically students of color.

Selika Ducksworth-Lawton, a UW-Eau Claire history professor, author and advocate, was awarded the 2021 Regents Diversity award. The award is one of the highest honors given by the Wisconsin Regency Board.

Fellow UW-Eau Claire staff and students know Ducksworth-Lawton for her advocacy for underrepresented populations throughout the university and the Eau Claire community.

Since then she has created and instructed several different classes on African American History and the Civil Rights Movement.

Ducksworth-Lawton has also been involved with diversity off campus. She has a lead position with the Towards One Wisconsin Contract which works toward diversity in the workplace. She is also on the board of Converge Radio, the president for Uniting Bridges and works with organizations like the American Civil Liberties Union and the Ex-Prisoner Organization.

When asked about her community involvement, Ducksworth-Lawton emphasized the importance of reaching out to the community and partnering with different programs.

“Working with Uniting Bridges since 2016 has been standing in the gap,” Ducksworth-Lawton said. “To try and keep our community unified and to support people who are marginalized in different ways — whether it is race, class, gender, sexuality (or) poverty.”

Louisa Rice, chair of the history department and close colleague to Ducksworth-Lawton, was also interviewed about the award achievement. Rice has worked with Ducksworth-Lawton since 2008 and praised the history professor for being a champion leader of working toward equity, diversity and inclusion in the department.

Rice was very excited but not surprised by Ducksworth-Lawton’s award achievement because Rice nominated her for the award.

“I wrote the letter and I was like, ‘Duh, she fits all of these criteria,’” Rice said. “I think really her work in the community is what sets her apart. She’s been central to how the university connects to the community. It’s been a long time coming.”

Rice said Ducksworth-Lawton embodied the Regents Diversity Award. Rice told a specific story about what really made Ducksworth-Lawton stand out as not only an activist, but a member of the community. Ducksworth-Lawton helped organize a peaceful demonstration protesting the shooting of Jacob Blake that occurred this summer.

“First working with students to organize it, making sure students’ voices were front and center,” Rice said. “She worked really hard with our local police department to make sure the route was safe,” Rice said, “so seeing the police as a partner to educate rather than necessarily the bad guy. She has a great relationship with our police (in) educating and training them.”

Rice also said that she confronted counter protesters peacefully and opened up a space for conversation so both sides could be heard.

“These people who would normally ignore each other and assume the worst, actually tried to create dialogue between different members of the community,” Rice said. “She’s president of the Uniting Bridges, and that’s what she does, she tries to bridge these different people. She empowers marginalized student voices on our campus.”

Ducksworth-Lawton said she was very grateful to be receiving such a highly regarded reward, but said she couldn’t take all of the credit.

“It’s not just for me, it’s for the team that I work with,” Ducksworth-Lawton said. “It’s for all the people I have had the great privilege to know and work with. I was grateful to be recognized, but I feel like it is not just me who is being recognized.”

Ducksworth-Lawton plans to continue her advocacy work in the community and extend her reach to outside Eau Claire as well. The history professor is the co-author of the book Minority and Gender Differences in Officer Career Progression and is currently in the process of writing and publishing two additional books related to African American history.

To see a further list and learn more of Ducksworth-Lawton’s achievement, see the related article on the UW-Eau Claire webpage.

Shanahan can be reached at [email protected]