The award recognizes exceptional teachers in the business communication discipline 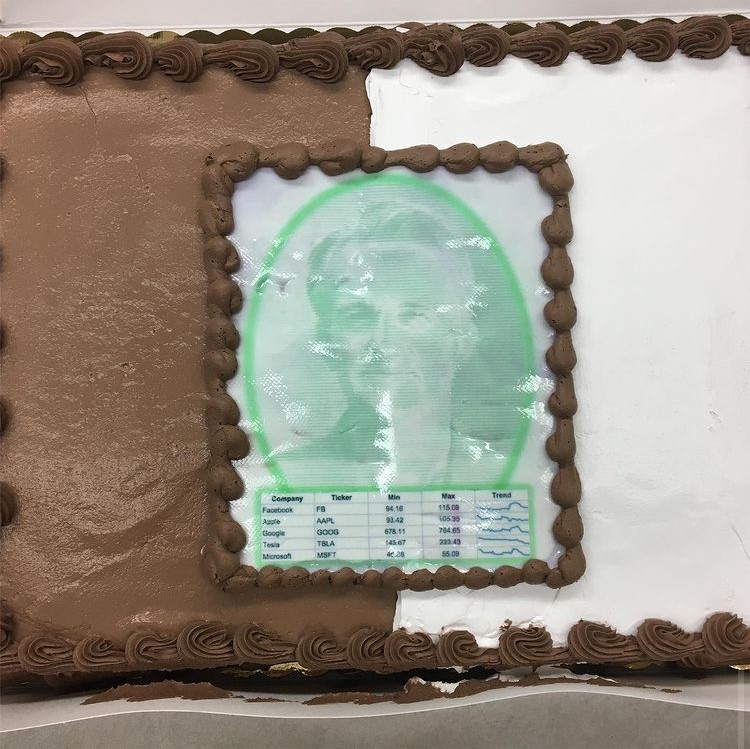 A picture of Edward Tufte, the inventor of trend lines, on a cake that Dr. Paula Lentz brought to one of her business communication classes.

Paula Lentz, professor of business communication at UW-Eau Claire, has been nominated for the Meada Gibbs Outstanding Teacher-Scholar Award.

According to the Association for Business Communication, this award is given to an ABC member based on the impact their teaching philosophy has on the business communication discipline.

Lentz discussed how, when it comes to teaching, she likes to let students take a more hands-on approach in the classroom.

“I don’t think anyone learns in isolation, even when you’re taking online courses,” Lentz said. “Ultimately, my philosophy of teaching is that learning is communally constructed.”

Another aspect to the Meada Gibbs award is the methodology that a teacher uses to teach.

“I think people learn best when they’re able to interact and have conversations about the material,” Lentz said. “Then, I can guide them and say ‘this is what that is called,’ or ‘this is how we would do that’.”

According to ABC, Lentz influenced the business communication discipline enough that she is being nominated for this award, so she recalled the impact she’s made.

“I’ve served on committees under ABC that determine what’s being taught at the undergrad level. I wrote a position paper on what the standard should be,” Lentz said. “I also present every year on something my students have inspired me to think about.”

“I don’t think I would have the job I have today if it wasn’t for the skills I learned in her class,” Claeys said. “It was through her teaching that I was powerful enough to achieve my goals myself.”

The skills Claeys learned were broad and she said she uses one or more of them everyday at her job. Even if the skill isn’t useful for the job being applied for, it still looks good on a resume and shows employers that you know what you’re talking about, Claeys said.

“Having that knowledge in my bank, it gave me the opportunity to present on my resume and in interviews,” Claeys said. “I was able to show employers that I know what I’m talking about.”

Lentz’s impact on students didn’t stop in the classroom, as Sofia Ludwig, a first-year starting her master’s degree at Vanderbilt University, pointed out. Ludwig was a tutor in the business communication studio and was supervised by Lentz.

“She was still the professor, but she treated you more like a peer,” Ludwig said. “It was less her giving instructions on what to do and it was more like gentle guidance towards getting things done.”

According to Ludwig, Lentz did not let her own passions complicate student’s passions, either.

“Her passion is business communications, but she would still guide you and teach you to achieve your own passion,” Ludwig said. “Her teaching philosophy is fueled by her desire to help students achieve their goals.”