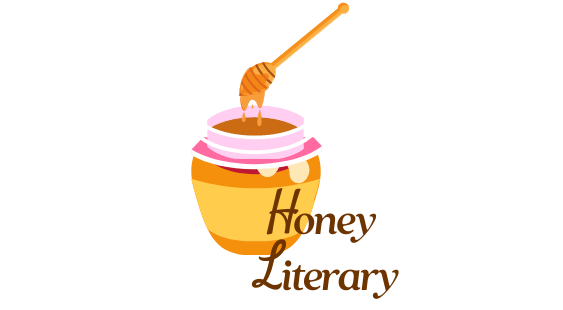 A UW-Eau Claire professor created a new literary magazine to boost BIPOC voices and their stories.

In the summer of 2020, a new online literary magazine titled “Honey Literary” was an idea crafted by UW-Eau Claire’s own Dorothy Chan, an assistant English professor.

With the ninth category being slightly different from the rest, “Sticky Fingers” is a special type of category where an exclusive artist will be debuted in the fall release of “Honey Literary.”

Any submission received will then go to its corresponding category where it will be reviewed independently by the specific genre editors and passed by Chan, who is editor-in-chief.

The meaning behind the title “Honey Literary,” and the structure within it, was created with a purpose.

“We chose the name ‘Honey Literary’ because we wanted something unapologetically femme and flirt,” Chan said. “It’s fun to come up with all these names like our team and contributors are called our ‘Hive;’ our artist spotlight is called ‘Sticky Fingers’ and we’re all ‘queen bees’ in life.”

Alongside Chan is an old friend, Rita Mookerjee, currently a professor at Iowa State University. The history of these two go back to when they were graduate students at Florida State, Chan said.

While Chan was pondering the idea of starting the online literary magazine, she posted a tweet due to frustrations she was experiencing at the time.

“On a whim, I tweeted I wanted to form an all BIWOC (black, indigenous and women of color)-run intersectional feminist, anti-racist, queer-as-hell literary journal,” Chan said. “Within minutes, the tweet took off and I thought, wow, I’m going to really do this.”

Chan said the original tweet’s positive reactions inspired her to reach out to Mookerjee and propose the idea of a literary journal.

It has been a new experience for both women, but based on their history and values, it all worked out for the best Chan and Mookerjee said.

“We complement each other well,” Chan said. “She is incredibly witty, intelligent and articulate — I learn so much from her every day, and quite honestly, if I didn’t have an influence like her in my life, I’m not sure if I’d ever think of this idea.”

Mookerjee felt the same way about the relationship she has with Chan on both a personal and professional level.

“I miss my friend very much, so I am so thrilled we get to collaborate on this project together,” Mookerjee said. “We have a similar style of getting things done and both of us give 110% when it comes to our work.”

Mookerjee also said Chan’s work is different from others. When it comes to Chan, her work embodies elements of poetry that people come to love. Not only that, but Chan exemplifies a contemporary form of poetic or femme joy, Mookerjee said.

With the support from her close friend in Iowa, Chan said “Honey Literary” has also gotten overwhelming support form the literary community.

José Felipe Alvergue, an associate professor of English at UWEC, said he is a fan of Chan’s work.

“One of the biggest threats to writing by Asian women has always been a reductionism and an essentialization of characteristics that are most accommodating to the American, settler-colonial gaze,” Alvergue said.

According to Alvergue, the poems in Chan’s book — Revenge of the Asian Woman — own themselves in “every conceivable demonstration” of the poetic genre, poetic emotion and poetic possibility.

As time continues, “Honey Literary” will be a publication of voices worldwide, more specifically, voices of those who typically aren’t published in other online magazines. This will provide and grant authors and artists of different backgrounds an equal chance to show their work, Chan said.

The first issue of “Honey Literary” is scheduled to be released in February of 2021.

For more information about “Honey Literary” or to submit any work, check out Honeyliterary.com to learn more.

Huettner can be reached at [email protected].