Living against the gender binary 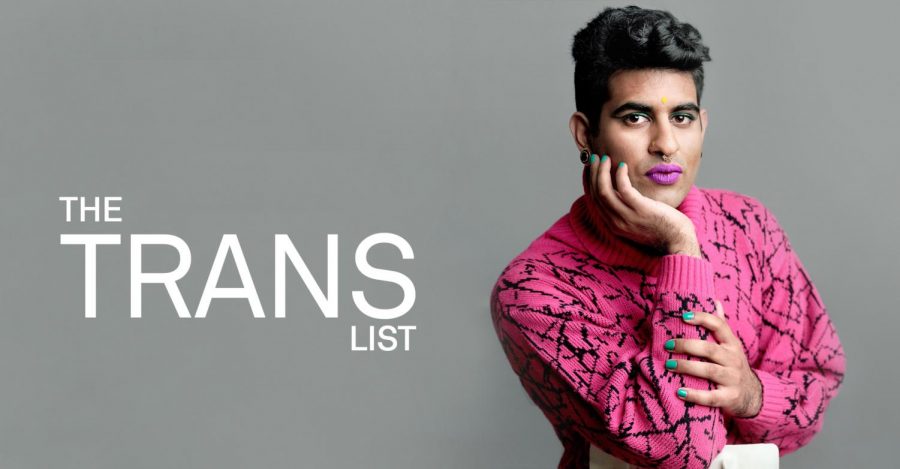 Alok Vaid-Menon, a gender-nonconforming writer and performance artist, spoke to the UWEC campus about challenges with race, gender binaries and current politics.

“We are not lacking, we are living,” Alok Vaid-Menon, a gender-nonconforming writer and performance artist, said to UW-Eau Claire faculty, staff and students.

Vaid-Menon spoke to UW-Eau Claire students, faculty and staff on their artistic lens as it challenges race, gender binaries and the current political climate.

“I exist in this world — creating beauty, despite everything — such that someday, someone will be able to look back and actually say, I can do that too,” Vaid-Menon said.

At 6 p.m. on Oct. 20, the “Racing Toward Justice” forum series held their second virtual event: “In conversation with Alok Vaid-Menon.”

The series is hosted by the UW-Eau Claire Center for Restorative Justice, a campus organization to prepare students in equity, diversity and inclusion.

The Center was first initiated in the fall of 2020 by Warren Anderson, the vice chancellor for equity, diversity, inclusion and student affairs.

Chris Jorgenson, director of the gender & sexuality resource center, said the forum series is essential to provide a space for EDI conversations, where students can see a model of the institution’s mission through real-world application.

“The more people (who) can carve out the time for these conversations, the more we as an institution can live our commitment to equity, diversity and inclusion — instead of just talking about it,” Jorgenson said.

Vaid-Menon began their speech by providing historical and political background to better understand the foundation of anti-trans violence of LGBTQ and BIPOC communities in the United States.

Prejudiced acts against minorities — in the nation’s history — were often connected to the physical or aesthetic preferences of race and gender, they said.

“A lot of my work is about aesthetics and art,” Vaid-Menon said. “Aesthetics have always been racialized in this country. [Historically] they would say when you look at Black people, indigenous people and people of color, they have not developed enough to have an aesthetic distinction between men and women.”

Jorgenson said Vaid-Menon shares not only their diverse and intersectional upbringing in the world — as a non-binary person of color — but directs a message of empathy toward others to the Eau Claire community.

“Alok has really incredible insight into complicated and complex life experiences, such that it’s accessible to people,” Jorgenson said. “How they live their personal and professional lives — unapologetically — is really exciting to see and aspirational for so many on campus and off.”

Vaid-Menon has published several written works — “Femme in Public” (2017) and “Beyond the Gender Binary” (2020) — which address their personal gender aesthetics and wisdom toward non-conforming societal ideals, according to Vaid-Menon’s website.

Rosa Gómez, a second-year political science and journalism student, asked Vaid-Menon about being an activist in the Western world while also being the most authentic version of themself.

Vaid-Menon — in response to Gómez — said there are several rewarding qualities they focus on when being authentic in the creative arts. Specifically, finding a community who also understands their expression.

“You are going to find this amazing group of people that you’ve been trying to find your entire life,” Vaid-Menon said. “You begin to experience that spiritual co-presence — meaningful friendships — when you find other people who have been absconded and rejected. That is the most luxurious honesty of being alive. We experience friendship and actually experience it.”

Jorgenson said those who attend the “Racing Toward Justice” forums bring various levels of background to the conversation of EDI and will take away new backgrounds afterward.

“If you get someone to think about something in a way that they’ve never considered, you offer them the potential to expand their worldview to include people who belong to communities that they do not,” Jorgenson said. “Some people who attend will have never seen anyone like Alok. So them just being themselves effects change for communities who are not used to seeing non-binary representations.”

Vaid-Menon said their call to action for the Eau Claire campus was to interject in conversations that label transgender, gender non-conforming and minority people as inadequate.

“I want you to interject in that conversation and say trans and gender non-conforming people are not lacking — they’re living life on their own terms,” Vaid-Menon said. “That is a beautiful thing to do. The pursuit of justice and advocacy for transgender and conforming people is an extension of racial justice.”

The next forum in the “Racing Toward Justice” series will be held at 6 p.m. on Nov. 10 and feature Kim TallBear, associate professor of native studies at the University of Alberta, Canada and author of “Native American DNA: Tribal Belonging and the False promise of Genetic Science.”