Understand academics, a game of telephone 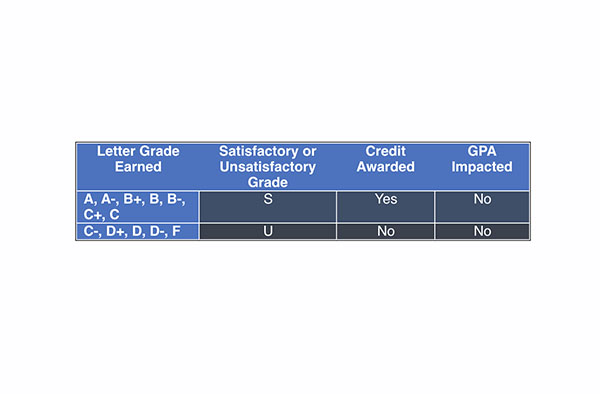 On Tuesday April 7, the University Senate and Academic Policies Committee prompted the debate over whether or not the university should provide a Satisfactory/Unsatisfactory grading policy for students.

The policy would serve as a temporary option for the spring term of 2020, in light of COVID-19.

In a statement released to the university by Evan Weiher, chair of the University Senate, both the senate and APC drafted a motion to provide the grading policy for this semester. The motion was shared with additional members and associate deans for suggestions and revisions, Weiher said.

The final policy draft was approved by Chancellor James C. Schmidt on April 23, 2020, according to the UW-Eau Claire Provost’s Office.

Weiher said the policy was designed with simplicity in mind so that undergraduate students have the best options for their academics.

“The instructors are going to assign grades just as they are now,” Weiher said. “We would like the students to see their grades before they make a final decision on whether they would like to go to a Satisfactory/Unsatisfactory policy.”

Patricia Kleine, provost and vice chancellor for academic affairs, said the decision for U/S grading was not taken lightly, as the university academics worked to establish the best trajectory for the decision.

Marquell Johnson, chair of the Academic Policies Committee, said representatives from Student Senate and APC enforced the adoption of the S/U policy.

“The responses were overwhelmingly supportive of a policy that provided students with an alternative given the circumstances of the Spring 2020 semester,” Johnson said. “Faculty want to ensure that students who decide to use the S/U policy are making an informed decision.”

Weiher, who worked alongside Johnson during the policy’s foundation, said he did a great job of gathering outside information on what other university campuses have explored with grading.

Kleine said, in comparison to other universities, she and fellow academic officials chose to have direct conversations with all campus administrations to understand the impact of S/U grading.

“We talked to registrars, we talked to financial aid, we talked to the colleges and they were all part of it,” Kleine said. “I view that what we did was much more comprehensive.”

Johnson said alternatives similar to the S/U policy have not been done before within the university. Due to the unprecedented impact of the pandemic on undergraduate learning experiences, a temporary policy was needed, he said.

An email released by the UW-Eau Claire Provost’s Office on Tuesday, April 28, outlined the S/U policy and information to consider surrounding it.

Graphics within the email detailed which letter grades earned will comply with either an S or a U and whether the credit amount will be awarded for the course.

Kleine said the overall response to the policy has been very receptive, especially from members of the university faculty and instructional academic staff.

“While there was huge support for this kind of notion,” Kleine said, “almost every person or department that wrote in expressed concerns and made sure students knew what the policy was and what it was not.”

Weiher said the probability of students opting to use the S/U grading will vary based on circumstances of graduation credits and managing grade point averages.

“We can imagine that there might be some graduating seniors who might very well want to take the D and graduate rather than having to come back and make up a class,” Weiher said. “There are also excellent students who have overall excellent grades and they are concerned about their GPA and what it is going to take to make sure they get the good grades they need.”

Kleine said it is important to acknowledge the language differences between S/U and Pass/Fail as students develop the best decision to make.

“This university has never used a pass or fail ever, they chose satisfactory and unsatisfactory,” Kleine said. “When we think about that in terms of satisfactory grades, you will get an S — if you so choose — in eligible courses that will range from an A to a regular C. If you receive a C- all the way to an F, that will be listed as unsatisfactory.”

Unsatisfactory grades will remain recorded on a student transcript, but they do not get the credit value awarded.

In addition, Kleine said she encourages students to rely on their university email for further updates on the S/U grading system, which is where university updates will be sent first.

“The problem was that they didn’t look in their emails, they got the information from a friend. Like in a game of telephone,” Kleine said. “I was ending up repeating a number of pieces off the student letter (email) itself.”

Weiher said it will be valuable to hear the perspectives of students as the policy begins and said it is important that students receive quick responses when their questions arise.

“Students have said they have virtually no contact with their professors in their other courses and that is not so great because they have questions,” Weiher said. “Students can give me and other senators some feedback as to what they’re hearing, on what this policy is looking like.”

The grade change request will be made after students have the opportunity to see their final grades of the semester, according to the Provost Office’s email.

The email also said that it is required for students to discuss the grade change with an ARCC adviser, in order to receive a S/U form to submit.

The form request must be submitted in the Office of the Register by 4 p.m. on June 3.