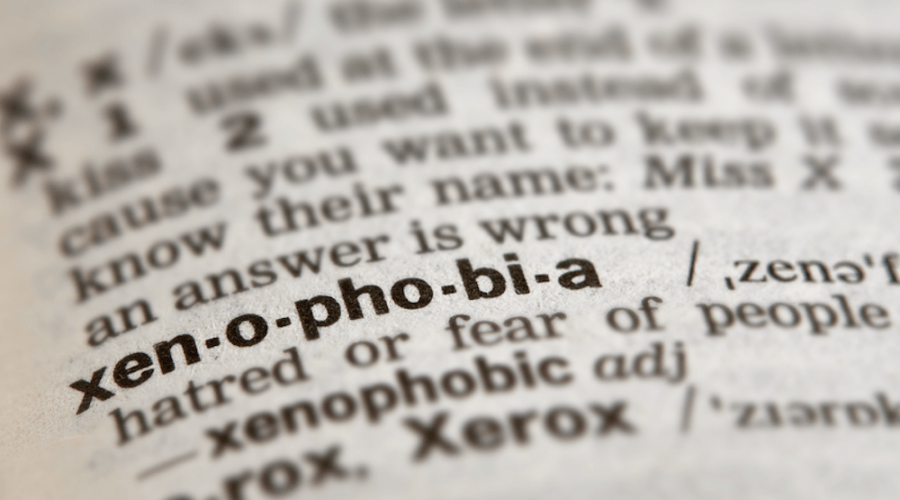 Anderson said the goal of BIRT is to make sure that they are reaching out to students, letting them know that there are resources and that every single student is supported.

Warren Anderson, the vice chancellor for equity, diversity and inclusion and student affairs, sent out an email on April 7 with an update on elections, social distancing and xenophobia.

In the email, Anderson addressed a bias incident report that described racial slurs being directed at Asian Americans within the campus community.

Anderson said the report was submitted anonymously through Maxient, a software for managing behavior records at colleges and universities across North America.

“The report was a reaction to a span of things happening in our community,” Anderson said. “The person who submitted it pointed out the state of a particular group of people being blamed for what is happening in the society regarding the COVID-19 pandemic.”

The goal of BIRT is to make sure that they are reaching out to students, letting them know that there are resources and that every single student is supported, he said.

“We want to make sure that we’re doing everything we can to provide an environment where individuals feel safe, they feel supported and know that if something happens, the institution will support them,” Anderson said.

Anderson said it bothers him that he has to constantly remind people of what is not acceptable and how we should treat other people within our community.

“If you are a decent human being, and I’m using this very intentionally,” Anderson said, “you are offended if someone purposefully goes out of their way to say something nasty and vicious to a person just because of the way they look.”

Colleen Marchwick, the Center for International Education director, said their office is trying to make people more aware of the BIRT system on campus.

“When COVID-19 first occurred, we were concerned that not only there could be negative attention placed on students coming from Asia,” Marchwick said, “but also Asian American students on campus.”

Both Marchwick and Anderson said, in situations like these, people seek someone to blame and, unfortunately for some people, they want to attribute responsibility to someone.

“Someone should not be targeted simply because of what they look like,” Anderson said.

Aruwin Santherasegaren, an international student from Malaysia and the president of the International Student Association, said he is lucky to not have experienced xenophobia on campus himself, but has seen racial attacks and slurs toward friends.

“COVID-19 should not spread racism,” Santherasegaren said. “It is a virus that can impact anyone, not just Asian people. I think it comes from lack of education and it is very unfair to Asian students here at UW-Eau Claire.”

Santherasegaren said some students are not used to being in such a diverse environment, so it can be very hard for them to open up and talk about negative experiences.

It took him a long time to get used to the culture, but the support from the university helped a lot, he said.

“Some students don’t feel comfortable reporting something that has happened to them, they feel like it’s a burden,” Santherasegaren said. “We try to do our best to promote the opposite. If you’re in a different country, don’t be afraid to seek out help.”

Marchwick said everyone, regardless of their situation or background, has a responsibility to be an ally and speak out against any form of xenophobia, nativism or racism.

Anderson said the incident report keeps us talking about what is happening and the imperfections in our society, but also gives an opportunity for individuals to stand up and either affirm or reject the principles of this institution.

Santherasegaren said he is hopeful that things will get better, but it will require patience and helping out others during this time.

“We have to respect one another and be kind to each other,” Santherasegaren said. “I think next Fall semester will be much better, because students will realize that we went through this together.”

Klavina can be reached at [email protected].