‘We are saddened this happened on our campus’ 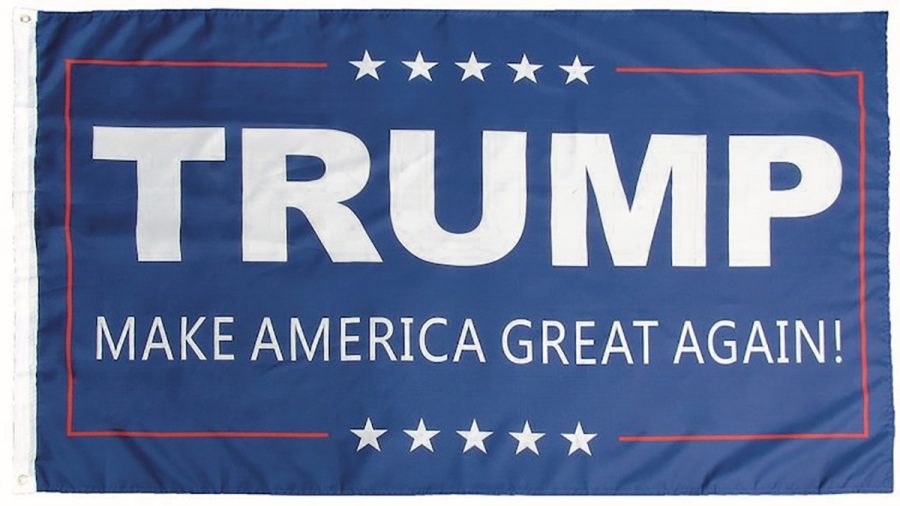 A video posted to the UW-Eau Claire College Republicans Facebook page showed an unidentified individual stealing a President Donald Trump campaign flag and throwing it into the Little Niagara.

Last week Friday, a video was shared on the UW-Eau Claire College Republicans’ Facebook page that showed an individual running with a flag and throwing it into the water by the bridge in front of the Davies Student Center.

“We as CRs (College Republicans) continually get remarks as we table and exist on campus, but today it reached a new level,” the post read. “We are saddened this happened on our campus, but we are not going anywhere.”

Warren Anderson, the vice chancellor for equity, diversity and inclusion and student affairs, sent an email to students, faculty and staff on Monday to explain the incident that occurred.

“UWEC College Republicans had a table display in the Free Speech Zone,” Anderson said. “The display also included two flagpoles, which were planted in a snow mound behind the table. An individual, yet unidentified, was seen on video removing one of the flagpoles (and) yelling obscenities.”

Logan Manhart, an individual who said he was tabling with the UW-Eau Claire College Republicans when this incident happened, had posted the original video on Facebook.

“The madness has finally reached UW Eau Claire,” Manhart said in the post. “Was out tabling with the UWEC CRs and this lovely guy decided to take my flag. #maga #leadright”

Manhart has declined to interview with the Spectator.

Tim Krueger, a third-year finance student and the chair for the UW-Eau Claire College Republicans, said this incident was the worst thing that has happened to the group, but it was not the first time they have received hate on campus.

“…There is a lot of discrimination and dirty bigoted language that is thrown at us if people know that we’re Republicans,” Krueger said. “Many times on campus I have been called a racist, fascist, and have gotten really nasty looks on campus just because I wear a MAGA hat.”

In response to this incident, Krueger said some members of the UW-Eau Claire College Republicans filed a report with the Bias Incident Reporting Team on campus to formally notify the university of the incident.

Krueger said they wanted to make sure people knew the truth about the incident, which is why several members took to social media to show what happened as well.

Anderson also reminded students, faculty and staff in his email that the first amendment of the U.S. Constitution guarantees freedom of speech and an individual’s right to express their beliefs.

“Whether you agree with someone’s political beliefs, or have a different view entirely, what happened last week is completely unacceptable counter to the community that we choose to be a part of,” Anderson said.

Since the incident, Anderson said he would work with Chancellor James Schmidt, the Dean of Students and University Police to investigate and “begin a process of accountability.”

Krueger said it is critical that UW-Eau Claire does not let this incident go.

“It’s important the students feel safe from physical harm,” Krueger said, “and even though this act didn’t physically hurt someone, it is an aggressive act to steal something from someone’s table, break it, and then throw it in the river.”

In the conclusion of his email, Anderson said such an act will not be condoned on campus.

“This is not the Blugold way,” Anderson said, “and we must hold anyone accountable that threatens the future of our institution.”