Warren Anderson shares insight on his role at UW-Eau Claire 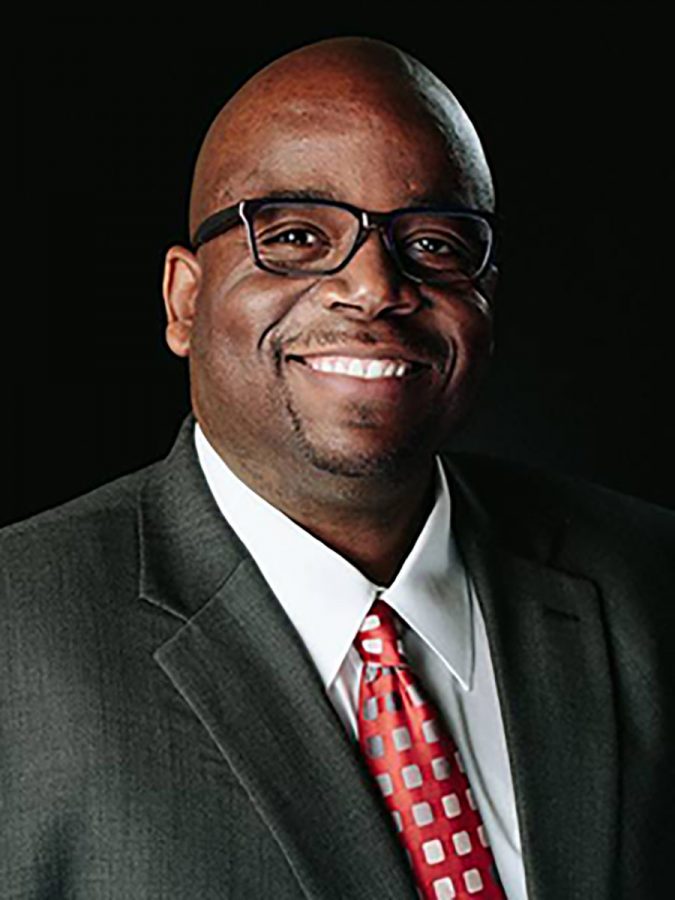 Anderson has held a variety of different positions at two and four-year colleges.

Warren Anderson is UW-Eau Claire’s new vice chancellor for equity, diversity and inclusion and student affairs. He began his tenure in Eau Claire on Dec. 16, 2019 after holding similar positions at several universities in New York and Pennsylvania.

Anderson said his position as vice chancellor for EDI puts him in charge of promoting student success and safety through directing and advising EDI related programs.

Although Jodi Thesing-Ritter, director of Blugold Beginnings and executive director of EDI, was not on the hiring committee for Anderson, she said she was a part of the interview process.

Thesing-Ritter said she was impressed with Anderson and is excited to have him join the faculty.

“His expertise and experience in college access work is something I’m really passionate about,” Thesing-Ritter said. “To have someone like Dr. Anderson come to our university will be great for us. I’m excited to learn from him.”

“It’s so important to have someone at the highest level dedicated to equity, diversity and inclusion initiatives,” Thesing-Ritter said. “I’m happy we were able to get a really strong candidate.”

Anderson grew up in Philadelphia, Pennsylvania, which he said is where he learned how necessary higher education was.

“I learned what life could be like without education,” Anderson said. “I had the opportunity to have people point me in the right direction and show me that higher education was a viable option.”

Anderson said he went to a university that did not have many black students. His estimate was that 50 out of 3000 students were black, which he said helped shape his understanding of diversity and injustice in higher education.

While in school and once he graduated from Mansfield University in Pennsylvania, Anderson worked in admissions at the Mansfield and aided the coordinator for minority recruitment.

Anderson said this is where his passion for promoting equity, diversity and inclusion in higher education began.

“Everything built from there,” Anderson said. “That grew my passion to understand that the educational landscape can become very different. It’s becoming more diverse and we need individuals that understand how we can build an equitable environment.”

Anderson said Black History Month is important to him, mainly because it has influenced him to expand beyond the month of February. He believes in supporting culture and diversity every single day of the year, rather than being relegated to the shortest month of the year.

“Black History Month is a force to push people to think critically about the contributions of blacks and African Americans in this country,” Anderson said.

Anderson said he is glad Black History Month has helped pave the way for the celebration of other groups moving toward social change, such as LBGTQ+ people, women and Latinx people.

Anderson said there are not specific events he attends during Black History Month, but he said he tries to attend as many as possible.

“With the work I do, I’m pulled in a million different directions with people wanting me to speak at or support their events,” Anderson said. “I try to support or do as much as I possibly can, but I encourage organizations to celebrate black history year-round.”

Black History Month, according to Anderson, is about more than celebrating black people and black history. He believes the primary purpose is celebrating and becoming educated on how black people have helped cultivate the culture we currently live in.

Anderson said from everyday inventions like peanut butter and traffic lights to medical advancements, the list of individuals in black history that changed society is endless.

Spanning from Malcolm X, Martin Luther King Jr. and Langston Hughes to entertainers such as Jamie Foxx, Anderson said there are too many African American leaders within history who have inspired him to try to make a list.

“You can’t appreciate what they’ve done for this culture unless you put an emphasis on the struggles that allowed them to be where they are,” Anderson said. “I even look at leaders in my personal life, like my college president, who were huge impacts on me. I learn from everybody I come in contact with.”

As a newcomer to UW-Eau Claire, Anderson said he is impressed by the attention EDI has received at the university.

Anderson spoke of the hunger for change and the large number of people in the community who fight for change, but sees plenty of areas that could use improvement.

“One thing that has frustrated me is while there is specific attention towards specific events from last semester, there are inequities all throughout higher education,” Anderson said. “Many institutions say they want diversity, but don’t know what they’re asking for, or how to support it once they get it.”

Anderson said he’s excited about coming into work every day and trying to “build an environment that is rich with appreciation, accountability and opportunities to create change.”

Regardless of whether or not students are in marginalized groups, Anderson called for students to fight for change, pay attention to inequities and use their intelligence, honesty and awareness to ask questions.

Anderson said working toward EDI is fulfilling, yet intense work. He described some of the ways he decompresses when he is not at UW-Eau Claire.

“I love to travel,” Anderson said. “I travel as much as I possibly can. Outside of that, I’m a homebody. I can talk about pretty much any TV series. Documentaries are a way that I keep my mind sharp.”

Anderson said he also values watching movies and documentaries, spending time with his family and going on long drives — all as good ways to disconnect from the mindset of reacting to negativity.