Investigation launched after allegations of discrimination 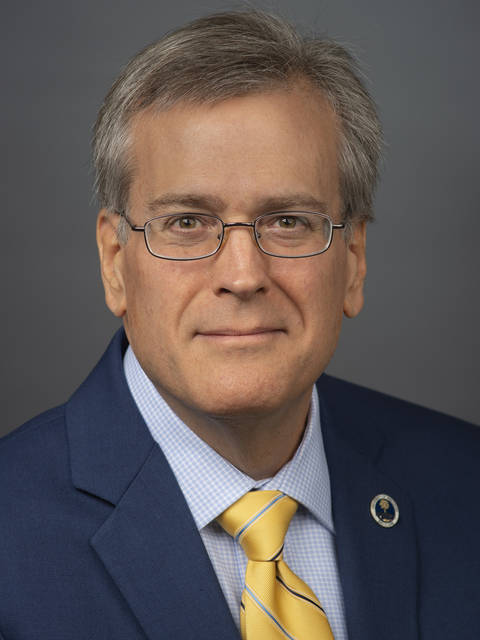 Albert Colom, vice chancellor for enrollment management, started in his position at UW-Eau Claire on Oct. 1, 2018.

Angela Swenson-Holzinger, the former associate director of advising, says Colom engaged in “gender-based negative treatment.” She filed her complaint with Teresa O’Halloran, the director of affirmative action, on Feb. 3, Swenson-Holzinger’s last day in her position at UW-Eau Claire. She reported directly to Colom.

“He regularly disparaged other female leaders on campus in meetings with me … I have never heard him critique, in any way, a single male leader on campus,” Swenson-Holzinger said in her complaint.

Swenson-Holzinger’s story is not unique. Other former staff have raised similar concerns.

A reporter from the Spectator reached out to Colom via phone and email, leaving multiple messages seeking comment regarding the complaint. As of press time, Colom has not responded.

The Spectator was unable to reach Schmidt for comment.

An email conversation between Swenson-Holzinger and O’Halloran further confirmed the investigation, which is poised to begin within two weeks.

Concerns about Colom’s interaction with staff have been brewing for months.

“My experience only tells a part of the story, but I know it will be an uphill (if not impossible) task to prove the gender-based aspect of his behavior because it is typically behind closed doors with only one person present,” Swenson-Holzinger wrote. “However, I have heard countless concerning stories from those who report to him and others across campus that certainly meet standards for bullying and negative work environments at the minimum.”

At least five people under Colom’s management have resigned.

Heather Pearson, the former associate director of admissions, left UW-Eau Claire last year after 18 years at the university. She said she left because she could not ethically remain in her position or respect Colom.

“It was easy to recognize that his behavior was unacceptable and probably actionable,” Pearson said.

Swenson-Holzinger also sent the complaint to David Miller, the director of human resources, and Peter Hart-Brinson, associate professor of sociology, communication and journalism.

Brinson, who also is the president of the United Faculty and Staff of UW-Eau Claire, said he condemns Colom’s treatment of university employees.

“Everyone’s stories sound the same,” Hart-Brinson said in an email to UFAS-UWEC, which was forwarded to the Spectator.  “Every single person has described a man who values loyalty and ego above all; who belittles and lashes out at anyone who dares disagree; who treats female employees as incompetent and incapable of leadership; and who appears to have no regard for faculty and academic affairs.”

Colom started his position at UW-Eau Claire on Oct. 1, 2018. Admissions, the Advising Retention and Career Center, Intercollegiate Athletics and Housing and Residence Life are among the programs he oversees.

Colom has two degrees: a master’s in educational leadership and a bachelor’s in international studies, both from the University of South Florida.

Neupert can be reached at [email protected].

Kelley can be reached at [email protected].