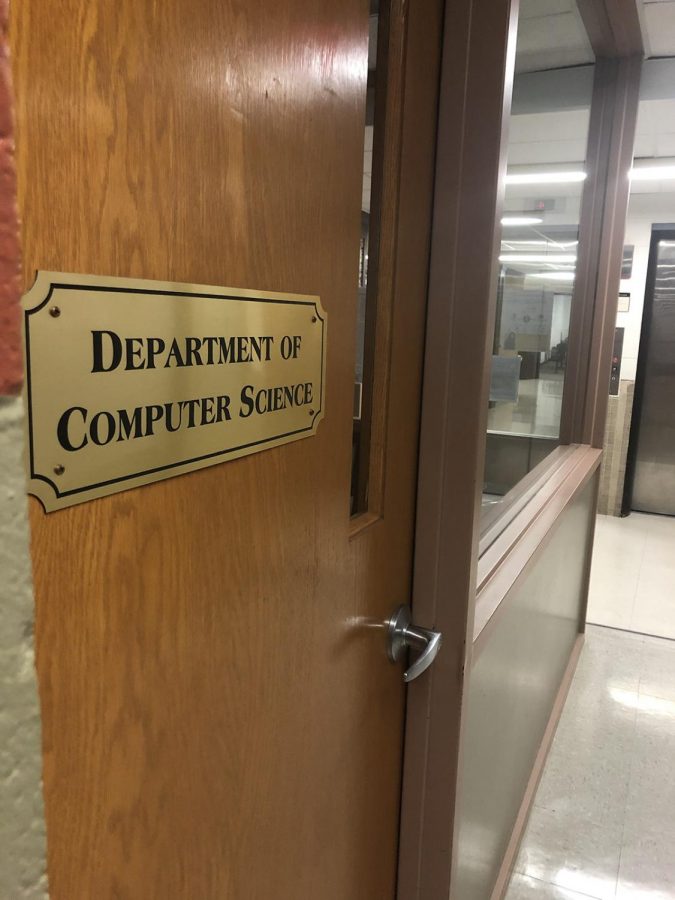 The computer science department at UW-Eau Claire is facing difficulties with its students and faculty.

In 2014, the entirety of the UW System conducted a series of budget cuts, which caused UW-Eau Claire to lose about 20 percent of its academic faculty and staff, Travis DuChene, a third-year student and Student Senate academic affairs director, said.

He said the university was forced to stop all hiring of faculty for two years. It wasn’t until 2017 that the university began to recover from the budget cuts and start hiring small numbers of faculty and staff, DuChene said.

“During this time of limited hiring, the computer science department had a high turnover of faculty that caused its faculty to drop from eight to four,” DuChene said.

With a limited number of new hires, low pay for new computer science faculty and the discrete amount of professors with doctorates makes it difficult to hire, DuChene said.

In an article by Inside Higher Ed, it said according to the Taulbee Survey done by Eric Roberts, a computer science professor at Stanford University, 1,780 doctorate degrees in computer science were awarded in 2015.

Roberts found that only 18 percent of professors with doctorates are taking teaching positions at universities, which means there are only 320 new doctorates available to fill faculty slots in the 1,577 institutions that offer computer science degrees in the United States, he said.

DuChene said there are professors who have expressed their desire to leave UW-Eau Claire.

“There are some who are searching for jobs and even touring other campuses,” DuChene said. “However, none of the faculty have committed to leave this institution.”

He said he doesn’t feel it’s right to disclose which faculty have expressed an interest in leaving.

The administration began negotiating pay increases for current faculty as well as the starting pay for new computer science faculty to $90,000, DuChene said. He said this pay is higher than the regional average, which is $65,900 starting according to the Applied Computing of Wisconsin website.

Mason Waters, a fourth-year computer science student, said the whole situation is affecting him in a way where he doesn’t know what’s going to be happening with the computer science program next spring, or even next week.

“I can’t get into classes I need because there aren’t enough professors to offer more openings,” Waters said. “It’s going to eventually prolong my graduation and I’m already supposed to be a five-year student.”

Jared Coonen, a third-year actuarial science student, suggested a short-term solution would be being nice to the computer science professors to make their lives easier so they will stay. He said students should be doing this anyway, but the pull-away is stronger in the computer science department.

Coonen also said a long-term solution could be like actuarial science and the process of becoming an actuary, having an exam/board taking credentialization so faculty and students don’t have to get a doctorate, allowing more people to come back and teach.

On the other hand, DuChene said the Academic Affairs Commission has created the Computer Science Task Force, which is made up of five computer science students and himself.

He said the largest goal the task force has identified is to hire more faculty because most of the problems the computer science students and faculty are facing are due to the lack of faculty.

“Professors are so overworked and are teaching so many courses that they don’t have time to complete other tasks,” DuChene said. “Students can’t register for classes because of capped class sizes, and there aren’t enough sections of courses for students to complete their degrees in four years. Most of these problems can be solved by hiring more faculty.”

A forum hosted by the Dean of the College of Arts and Science, Rodd Freitag, was held last Friday, Nov. 15 for concerned computer science students, and those interested otherwise.

The video of the forum can be found on YouTube, posted by the UW-Eau Claire Computer Science Task Force.

DuChene said hopes are that UW-Eau Claire will be able to attract more computer science faculty, and that potential candidates have already begun touring campus and meeting with computer science students and current faculty.