Bill presented to decriminalize small amounts of marijuana in Wisconsin 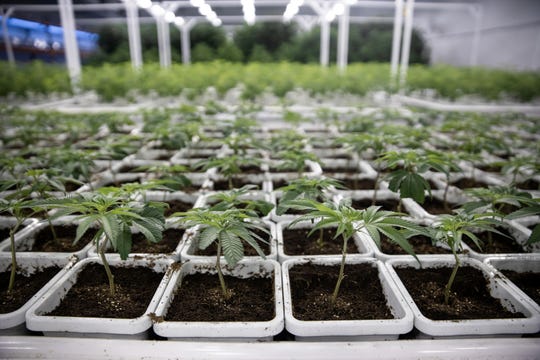 Small amounts of marijuana will be decriminalized under the proposed bill.

Wisconsin Democrats have begun taking steps to decriminalize the possession of small amounts of marijuana. To people like Lt. Gov. Mandela Barnes, the goal of this movement is to reduce the number of black people in Wisconsin prisons, according to WUWM.

Barnes said even in his hometown of Milwaukee, there’s a study that shows how black people make up 72 percent of marijuana arrests in 40 percent of the population, despite marijuana use being even across the racial board.

David Crowley, Democratic state representative, said there’s evidence that shows harsh drug laws do not deter marijuana use and that change is needed. He said in the plan that their goal is to provide a path for those previously convicted of marijuana possession crimes to make sure they have the chance to clear their records.

Others have shown support of the recreational use of marijuana, as well.

In an article by marijuanaprocon, it said more than half of U.S. adults, which is over 128 million people, have tried recreational marijuana, despite it being an illegal drug under federal law. The article also said public support for legalizing mariuana went from 12 percent in 1969 to 66 percent in 2018.

A third-year anonymous student said the decriminalization of small amounts of marijuana for recreational use would have many benefits.

“Smoking marijuana is a leisurely pass time for many people in college,” the source said. “It’s fun, less impairing than drinking alcohol — in most cases — and for many, even medicinally helpful.”

The source said marijuana has been proven to help people handle stress and anxiety, which are two large impacting factors on college students’ mental health. They said by decriminalizing small amounts of marijuana, many students could find a possible means to better handle the stresses school can bring.

The article by marijuanaprocon said legalizing recreational marijuana will add billions to the economy, create thousands of jobs and stop the huge racial disparities in marijuana enforcement.

“If the plant were to become legal, it would immediately boost the local economy,” the anonymous source said. “The sale of marijuana would undoubtedly be a thriving business that could create more revenue for the community.”

Other people are more in support of the medicinal effects of smoking marijuana.

A second anonymous source, a third-year student, said marijuana ultimately is a medicine at the end of the day. They said they understand all medicines can be abused and/or misused, including marijuana, but they feel the positives outweigh the negatives in this situation.

“As someone with debilitating anxiety, I sometimes find it is the only thing that helps me when my calming strategies don’t work,” this source said. “It has been statistically proven to be beneficial as a pain reliever for those with terminal illnesses.”

This second anonymous source said they have watched a close loved one suffer toward the end of their life, and marijuana was the one thing that helped them gain an appetite to keep any food down. They said marijuana is a medicine in our society and that people should stop treating it as anything but that.