Zoe Roberts elected to County Board 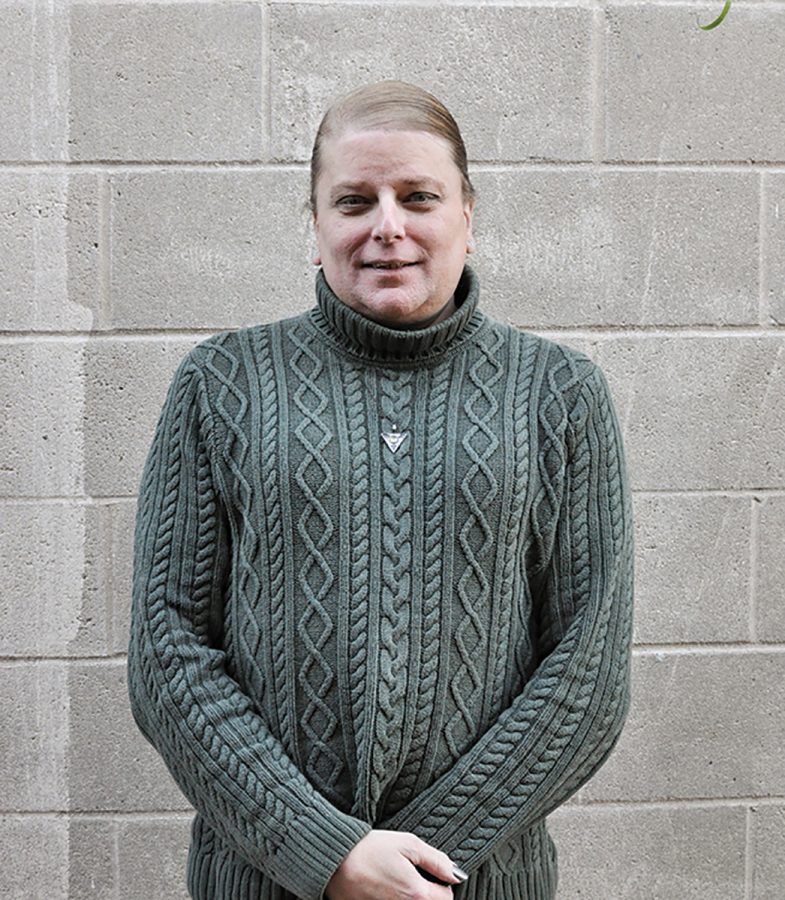 This month, the city of Eau Claire elected a new county board member for District 27: Zoe Roberts, the first transgender official at the county level Wisconsin.

In 2009, 17 percent of all reported hate crimes towards the LGBTQ community were against individuals who identified as transgender, with 11 percent of the hate crimes from that year directed toward transgender women.

On Oct. 22, the City of Eau Claire declared that the week of November 14-20 will be Transgender Awareness Week with Nov. 20 being Transgender Day of Remembrance.

Zoe Roberts said she did not officially come out until a little over two years ago. She grew up in west-central Wisconsin. She also said she was bullied for being different, although no one knew exactly why she was different.

“Essentially what I did for the first half of my life was living an act,” said Roberts. “I had created a role in order to live as a guy.”

Roberts started attending UW-Eau Claire in 1997. While she was in school, she worked 30 hours a week on top of all her school work and still graduated in four years. Roberts graduated in 2001 with a marketing degree.

“At that point, I was paying attention to politics,” Roberts said. “But it wasn’t what I thought I was going to go into.”

With her marketing degree, she had been put into analytical roles, such as an associate capabilities analyst where she tested various types of software.

As it turns out, Roberts said that her marketing major works very well in a political setting.

“Essentially what you’re doing when managing someone’s campaign is marketing,” Roberts said. “With the candidate, you’re creating a brand and selling that brand to the public.”

Roberts said her career in politics started roughly one year ago during November, the election month. She had not considered running yet. She just started off by canvassing neighborhoods, handing out brochures, and talking to people for other candidates.

About a week and a half later, it’s election night. Roberts and six of her friends come back from the Moscow Ballet to watch the returns come in at the Clarion Hotel. It was there that her friend Anne tried to convince her to run for office.

“At this point, I was still really hesitant about this whole thing,”  Roberts said. “I’m more introverted.”

At the time, Roberts believed that she would not be fit to run for office, but said she knew who would be fit to run: Laura Benjamin.

According to Benjamin’s website, Benjamin, originally from Minneapolis, has been a resident of Eau Claire for 20 years. She started a business she said created engaging and well-paid jobs. Benjamin is also a part of the Chamber.

Benjamin said her main goal is to create more jobs and businesses to sustain Eau Claire as well as increase wages. She also said that she wants everyone — including the LGBTQ community — to have equal opportunities to succeed.

In early December that same year, Roberts decided to help with Benjamin’s campaign for city council and began to form it.

Roberts managed most of Benjamin’s campaign. Roberts did not have much experience with managing campaigns; however, she said that she learned everything on the fly and still got her elected. Benjamin is currently an at-large member on the Eau Claire City Council.

With the lack of experience in campaigning, Roberts described the learning experience as a bell curve.

After that election, Roberts began to wonder about a future more involved with politics.

“At that time I wondered, is it going to end after this?” said Roberts. “I realized then that I didn’t want it to end.”

Once Roberts realized she wanted to continue in the political field, she started getting into activism. Roberts said she started proposing different projects to the city council and the county board.

Roberts said she had about five or six projects at any given time that she was working on, some projects at the local level and some at the state level.

“It’s one of those things where you don’t know what I’m going to come up with,” Roberts said. “And I have to find a landing zone for it.”

One of the projects Roberts was working on was the Transgender Awareness Week and Transgender Day of Remembrance.

Roberts started the project in July and eventually got it approved on Oct. 22.

“Through time, what happens is that you have to involve the parties you need at certain given points in time,” Roberts said.

Roberts believes that it wasn’t exactly difficult to get the project to pass. She said that sticking with and staying on top of the project was enough.

In August 2019, Roberts was asked to run for office for District 27. Roberts stepped in and went through the interview process and campaign and was elected about a week before the Transgender Awareness Week and Transgender Day of Remembrance project was passed.

According to the Victory Institute, Roberts is one of 21 transgender people in elected office in the United States.

One of Roberts’ current projects is Gender X. This project is adding a gender-neutral option — Gender X — to Wisconsin state drivers licenses.

According to Werforum.org, 11 states have already passed that project, two of which are red states — Arkansas and Utah.

Roberts believes that with the current legislature, the project will not be easy to pass, but is confident that with time, she will succeed.

“It’s greatly satisfying to take something and formulate it, create it and make it happen,” Roberts said.