Microplastics in the Boundary Waters 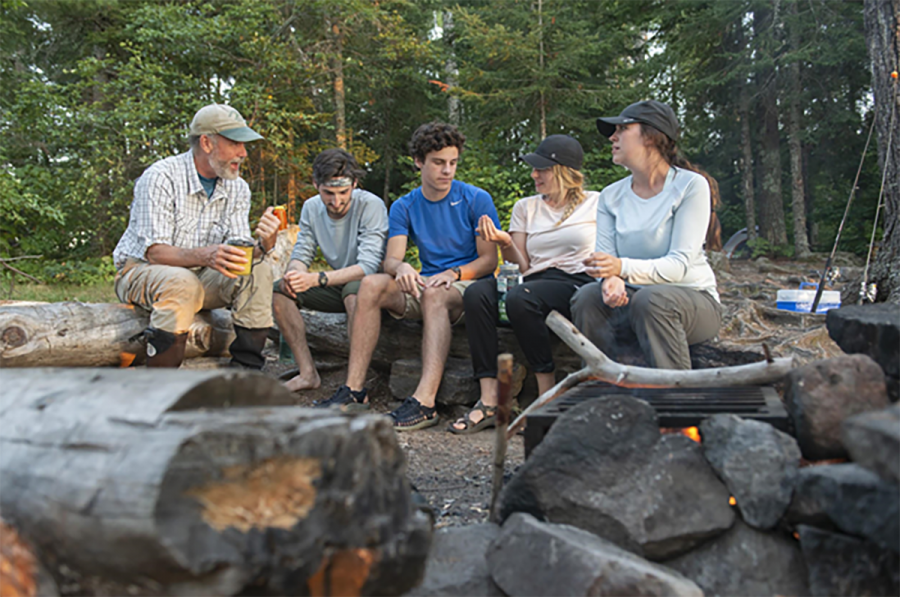 Todd Wellnitz took four students up to the Boundary Waters with him for the microplastics research.

A UW-Eau Claire research team discovered microplastics in lakes located in the Boundary Waters between the United States and Canada.

Todd Wellnitz, a biology professor at UW-Eau Claire, took four students with him to conduct the research. These students — Monica Dickson, Tommy Adams, Megan Vaillancourt and Reed Kostelny — helped take and analyze samples from the lakes the team visited.

Wellnitz said there has been a lot of research conducted regarding microplastics in oceans and rivers around urban and industrial areas. However, little research has been done in wilderness areas.

Wellnitz came across a paper about a study at a watershed near Yellowstone National Park. The study turned up microplastics in what he called a “supposedly pristine area.”

“I was thinking, ‘well, we have wilderness areas near where we are here in Wisconsin,’” Wellnitz said. “The first place that came to mind was the Boundary Waters — which is a place I’ve visited many, many times growing up in Minnesota — so I was curious to know what the distribution and abundance of microplastics would be up there.”

Two trips were taken this past summer to the Boundary Waters, occurring in June and August. According to Dickson, the original proposal was to collect earthworms and crayfish and search them for microplastics.

However, due to a lack of crayfish caught, the team ended up taking water samples, soil samples and worms for research.

Lake One, Lake Two, Lake Three, Lake Four, Hudson Lake and Insula Lake were all sampled and analyzed on the first trip. On the second trip, the team focused on Lake One through Lake Four more in-depth.

Adams, an ecology and environmental biology student, was part of the team with Kostelny that collected and analyzed the water samples taken. The two would canoe while dragging a mesh net behind them to gather samples, as well as taking surface samples in eight fluid ounce containers.

“Everybody is going there to enjoy nature,” Adams said. “The idea or motto is to leave no trace, but with things like your clothing giving off microplastic fibers and — in the boundary waters in particular — you can’t bring any other kind of container like glass or aluminum.”

Dickson, who worked primarily on soil samples with Vaillancourt during the research trips, said the concern with microplastics is that no one knows what their presence will do to the organisms consuming them.

Eventually, it will go up the food chain, she said.

While the team wants to publish their research into a scientific magazine, Wellnitz said the team might go back another time for more research before doing so.

He said he wants to work with fish next time; however, fish require more paperwork because of their status as vertebrates.

“There probably are microplastics in the fish tissue, which would be of great interest to a lot of people because fish are what people often go out there for,” Wellnitz said. “They eat the fish and they might be alarmed, or at least interested, to know how much there was in the northern or smallmouth bass or whatever else they’re catching.”

Wellnitz said he plans on taking another team up to the Boundary Waters next summer.