With an increasing international presence at UWEC, students and staff reflect on the important roles that support and diversity play on campus 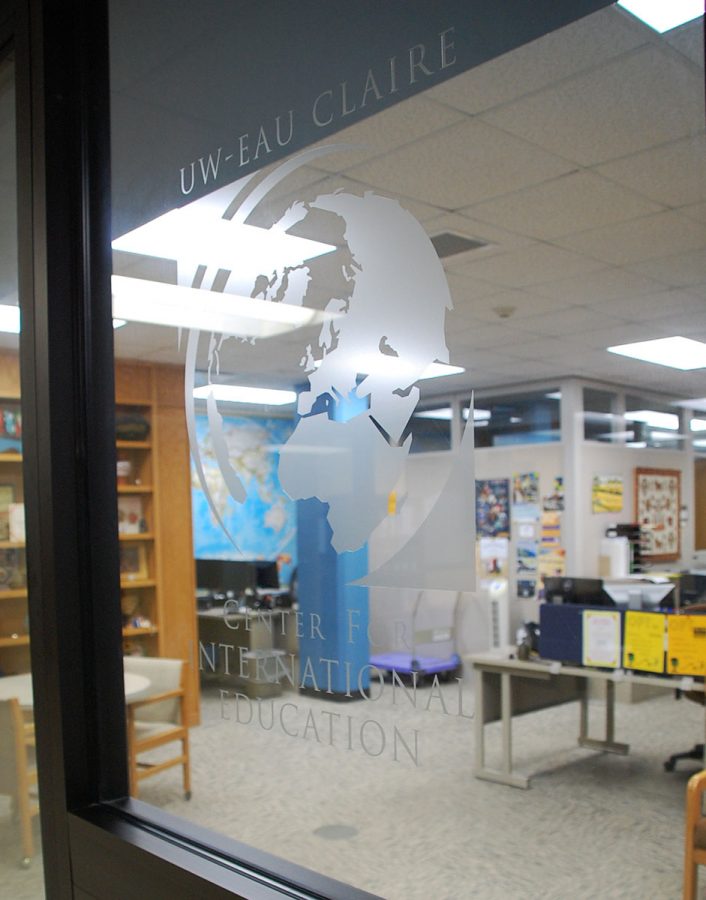 There are 70 new international students on UW-Eau Claire’s campus this fall.

“I think that we’ve, as a university, … done a really nice job of recruiting students,” Chepil said. “We’ve got a really wide variety of students here this year, so I think a lot of it is that recruitment part of going out and talking to students and being in their schools and being in their countries and kinda showing who we are to students where they’re at.”

Chepil said during orientation, himself and the other committee members aimed to help international students get connected to campus by introducing them to groups and organizations, such as Blugold Dining, Blugold Central and the university police. Their ultimate goal, he said, was to show students who they can go to for questions and concerns.

“That’s the big thing,” Chepil said. “We can give information, we can provide a lot of resources but because they’re leaving their countries, their families and their support systems, they need to feel supported as they get to campus. We try to build that personal, relational support, while also providing information.”

For Xinyu Chen, a third-year finance student, that kind of support and guidance was what she said helped her when she transitioned to life, not only on this campus, but in this country.

Chen said two years ago, she had completed her first year of college at Huaqiao University in China before traveling to the United States for the first time to attend UW-Eau Claire.

“I thought, why not?” Chen said. “I always wanted to study abroad, so this was my chance.”

Through the exchange program at Huaqiao University, Chen said she was given a list of schools that she could choose to study at and the only school listed under Wisconsin, UW-Eau Claire, captured her attention.

“I was in Southern China, so I’ve never seen snow before,” Chen said. “That was my interest. I wanted to be in a different place, with a different culture, and I’ve always heard that Midwest people are friendly and my parents think about my safety. Eau Claire is a safe city, so they said yes.”

Chen said, when she first arrived, she did experience culture shock because she wasn’t completely familiar with English and feared talking to people.

In her English classes at Huaqiao University, Chen said her instructors spoke slowly and offered assistance on group projects, but she said the real experiences she began to have once at UW-Eau Claire were so different from what she had learned.

“At the beginning, I was afraid I was going to fail a class, but I had nice professors,” Chen said. “They talked to me after classes, they welcomed me to office hours and I got all As on top of that.”

Chen said her host family through CIE’s Host Friend Program helped her a lot as well.

“They took me to their house for the first day and second day … and they helped me move into campus,” Chen said.

According to Chepil, the program gives individuals and families in the Eau Claire community the opportunity to host an international student at their home for three to four days and helps the students get acclimated to their new environment during their first weekend in Eau Claire.

Chen said her host family has even stayed in touch with her since that weekend she stayed with them, welcoming her to join their Thanksgiving and Christmas celebrations.

Eventually, Chen said she applied for the job she currently holds at CIE at the end of her first semester at UW-Eau Claire. Although she was nervous to pursue the job because it meant she would need to talk in English all day, she said she realized the opportunity benefited her in the end.

“Right now, I can pick up the phone and talk to people with no problem,” Chen said. “It kinda changed my personality, too … In CIE, I was growing more open-minded.”

Regarding the increasing international presence on campus within the last year, Chepil said he believes it is incredibly important and offers diversity in a variety of ways.

For more information on how you can connect with and support international students, Chepil said he encourages new international students and any other interested Blugolds to participate in the Buddy Program through CIE. Learn more about CIE programs at https://www.uwec.edu/academics/explore-opportunities/study-abroad/cie/.