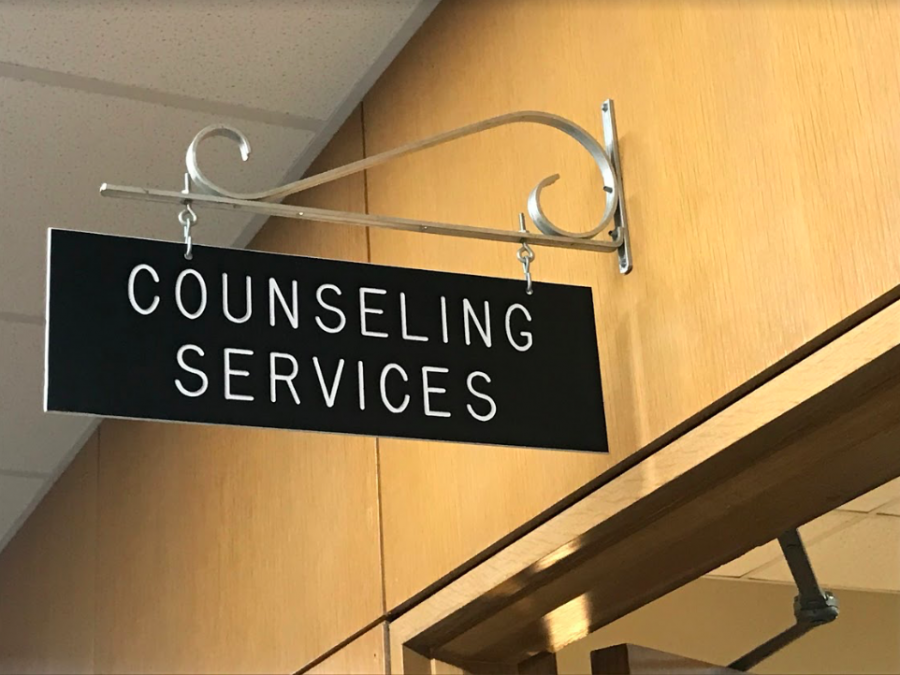 At the University of Wisconsin-Eau Claire, Riley McGrath, the Director of Counseling Services, said that this year the campus center has seen more students than 2018 saw all together.

This year, the demand for counseling on college campuses has skyrocketed. In 2018, 41 percent of students say they’re are struggling with anxiety and depression to the point where they weren’t able to function.

Over the last eight years, universities across the state have seen a 55 percent increase in the need for counseling services. With the increased need, college campuses are struggling to keep up.

Sandra Scott, the Dean of Students at UW-Stout spoke to the UW Board of Regents about the topic in April. She said the hike is due to many factors, one being the lack of stigma surrounding getting help.

“We have more and more students who are coming in already having a diagnosis,” Scott said. “That means at some point they likely were able to hopefully get some assistance so that earlier diagnosis often means that they are coming in already knowing they’re going to want to and need to continue level of care.”

Scott also said social media plays a role in why more students are in need of mental help and pointed to school shootings and even 9/11 have changing the way that students feel about college.

“In general students having the stressors that come from living in a world where they’re able to be on social media and 24/7 news immediately sort of see the violence that is happening around them even if they themselves have never experienced it,” Scott said. “They know someone who has or they’re able to see it happening.”

At the UW-Eau Claire, Riley McGrath, the Director of Counseling Services, said that this year the campus center has seen more students than 2018 saw all together. But with only eight full-time clinicians, three part-time clinicians and four interns, students like UW-Eau Claire junior Kallista Redford are having a hard time making appointments.

“I went this past year and they were like, ‘We’re all full,’ and I was like well, ‘I really need to have an appointment with someone,’” Redford said. “I just felt so terrible and I was mad at counseling services. I was like, ‘What if something happened because I couldn’t see someone in time?’”

UW-Eau Claire junior Lindsay Hines said the hassle to get an appointment was so bad the she stopped going all together.

“I got an appointment. I had to schedule it like months in advance,” Hines said, “And then when the day came, they canceled it on me because the therapist that I was going to see was out and then the reception’s tried really hard to get me another appointment but none of it worked.”

For others, UW-Eau Claire’s Counseling Services were a saving grace. Junior Lexie Warren said last year she talked to her advisor about dropping out of college, and her advisor pointed warren to counseling services.

“This is what our university is here for,” Warren said. “It made me feel like the university cared more about me. Like not everybody here can tell me that they care but they provide services that show me they do.”

To help combat the lack of counselors on campuses, many centers have added new programs or classes to help students. Both UW-Stout and UW-Eau Claire have weekly group sessions where counselors can meet with multiple students at once. McGrath says if students really can’t wait,  he encourages using crisis hours.

“I certainly empathize with them,” McGrath said. “It is frustrating for anyone I think if you’re trying to get an appointment for anything if it’s you know the dentist or doctor if you can’t get in on time and when it’s mental health it’s even more frustrating because it feels very obviously that the need is there and we are doing the best we can to meet that.”

At UW-Eau Claire, expansion has already started. This year UW-Eau Claire added one counselor and McGrath said they plan to have an additional staff member next year to meet student needs.

But, while campuses are working hard to fix the problem, Scott said that there is still a long way to go and hopes the state can target the problem together.

“I know the new governor has strong concerns about mental health in the state,” Scott said. “So I really I think one of the things the state and the system can do is bring our community, K-12, our higher ed and our communities together to talk about how we can address this issue because I think there’s a lot of power in the local communities to work with this too.”

Schumacher can be reached at [email protected]