Campus to undergo construction over the summer 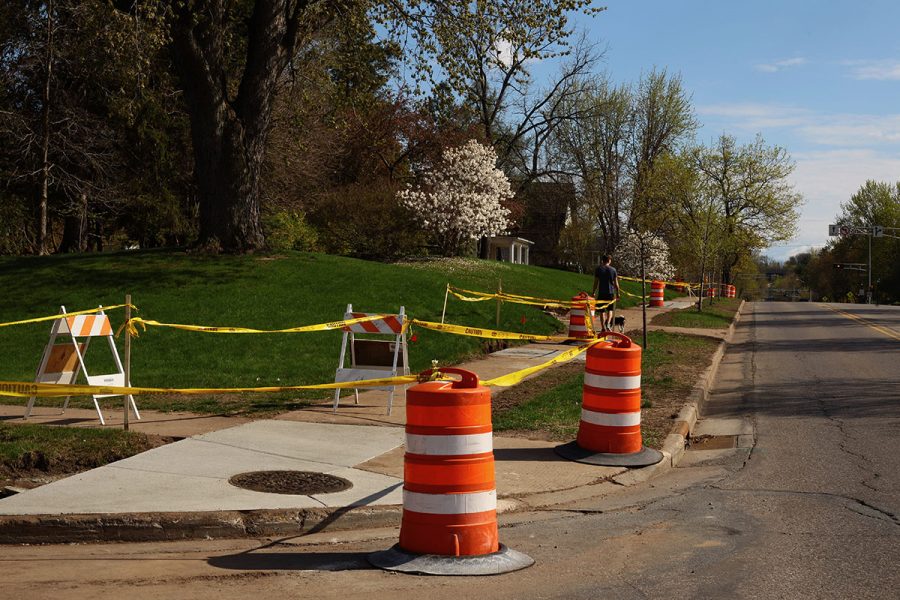 Students witnessed new lengths of fencing appear on campus on Monday, May 6 as a result of the new construction that is expected to go through the summer.

The construction, Assistant Chancellor for Facilities and University Relations Mike Rindo said, is starting now in an effort to have it completed in time for the fall semester.

“The project was substantially complete last October,” Rindo said. “Some of the things that have to be done is to go back and to replace a bunch of concrete that is cracked and under warranty, work on the outdoor classroom, the base of the hill and then the installment of benches along the river. So all of that work will take place during the summer.”

Part of the construction will include a gateway to campus, which will be located near Garfield Avenue and Park Avenue. Additionally, a water feature was made possible by donations, most notably from Jon and Megan Stowe, Rindo said.

The Stowe donation also funded additions to the new outdoor classroom which will be located at the west end of Garfield Ave. In total, the Stowe family donated $1 million for UW-Eau Claire’s use, Rindo said.

“I think that the construction is a great donation for the campus,” Tyler Wyland, a first-year marketing student, said. “It will add to our already-beautiful campus.”

The second major facet of the construction is to be a large water feature, which will be located near the northeast corner of Schofield Hall, Rindo said.

The stone used for the water feature, while not local stone — which is not dense enough to be in a water feature, Rindo said — will be made of aqua grantique stone.

This construction project, however, is not a part of the Garfield Avenue restoration, Terhark said.

“The Garfield Avenue project is a state-funded project,” Terhark said. “This one’s donor funded, so it just so happens we were trying to coordinate all of this stuff at the same time.”

For Benjamin Crowley, a first-year business information systems student, the construction presents an issue of mobility for students crossing campus.

“I think it’ll be minorly frustrating for the people who use bikes, skateboards or any sort of transportation across campus,” Crowley said. “I think that it’s important for this campus to be bike accessible.”

However, Rindo said the decision to start construction at the end of spring semester was made for a reason.

“It was either start construction in the spring and finish during the summer,” Rindo said, “or … start it in the summer and finish in the middle of the fall semester.”