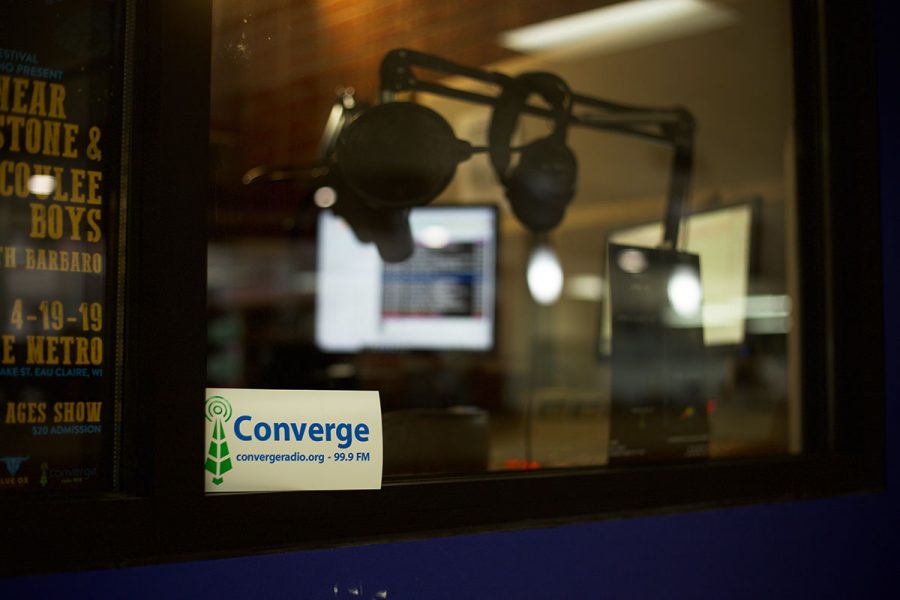 "Bend in the River," which placed first, was written by Ken Szymanski, Jim Rybicki, B.J. Hollars and Charlotte Kupsh. "Sounds of Eau Claire," which placed second, was created by a multitude of minds.

“Somewhere, deep in the Wisconsin wilderness, there’s a place where woods meet water, and time meets space rather unexpectedly. Take a left, a right, then head straight until the road runs out. Upon reaching the river, sound your horn twice, flash your lights twice, then wait for someone to come for you. Someone will come for you. But don’t be afraid, they’re a friendly bunch. Welcome, to Bend in the River.”

So begins “Bend in the River,” a radio drama about a man named David who inadvertently travels back in time to the 1950s in River Bend, WI. It was written by Ken Szymanski, Jim Rybicki, B.J. Hollars and Charlotte Kupsh.

It was also the program for which Converge won the first-place award for the General Entertainment Program (Radio) category from the Wisconsin Broadcasters Association.

““Bend in the River” was one of the most thrilling collaborative experiences I’ve ever been a part of,” Hollars said, going on to mention the more than 30 people who were involved in the project. “Everyone brought their talents to the table, and we couldn’t have been more pleased with the result.”

However, “Bend in the River” was not the only program that won an award recently. The podcast “Sounds of Eau Claire” received second place in the New Series/Documentary category, also from the WBA.

Scott Morfitt, station manager and executive producer at Converge radio, described the “Sounds of Eau Claire” podcast as a “really cool investigation of the history of this music scene and what brings everyone together.”

Morfitt said he provided a lot of oversight and technical support to the projects as well.

Morfitt also said there were people of all areas that worked on the project, from historians to people in web design and marketing. He said it was “exciting” to see them win an award because of a documentary in a journalism field. Morfitt said it was “the power of and” that made it all possible.

Eli Klatt, a fourth-year integrated strategic communications student and lead producer of Converge, said that receiving the awards was a “huge honor for everyone at Converge.”

“Enormous props to the Converge Radio crew,” Hollars said. “What a pleasure it was to watch our written words leap from the page and into the ears of our listeners.”

For those who want to catch up on the segments of “Bend in the River” already aired, or listen to them all at once, go to convergeradio.org. “Sounds of Eau Claire” is also available to listen to online.