Civil rights activist speaks for those who don’t 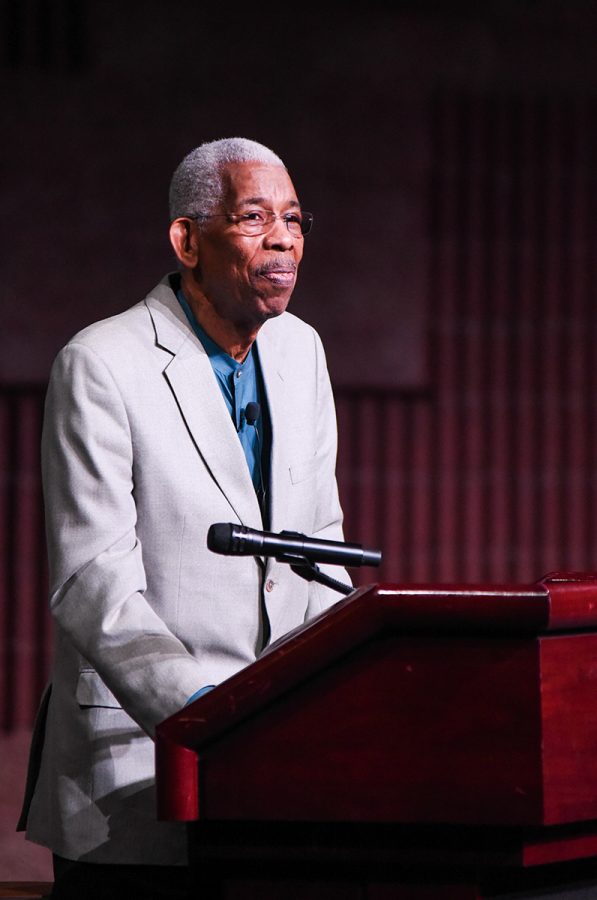 Patton said his motive to join the civil rights movement was the fact he grew up in segregation and because his hometown of Nashville, Tennessee was widely affected by racial segregation.

“I was in charge of trying to desegregate two of our main grocery stores,” Patton said. “Because they didn’t hire blacks. My method to use was to boycott.”

It took four years to integrate Nashville, but they were also the first to desegregate their lunch counters, Patton said.

He said his story began when he was nine years old.

One day Patton’s friends had told him the front of the theater is where they would enter, but his mother pulled him back to tell him they are to enter through the back. That’s when he knew he was going to be a civil rights activist, he said.

“Then my mother had told me,” Patton said. “I knew you’d be a part of this because of when you couldn’t go through the front door at the theater.”

Students from all different schools were gathered in Nashville to be taught about Mahatma Gandhi, non-violence and non-violence resistance, he said.

“It was about learning how to protect yourself physically and mentally,” Patton said.

As a civil rights activist, Patton was also a Freedom Rider of the South.

According to Patton, the Freedom Riders consisted of integrated men and women who would travel in groups on buses, trains, or in cars, ultimately to challenge racial segregation in the South.

Patton said the Freedom Riders had many encounters of violence, such as bombs and beatings.

He said after all that he and several others did for the civil rights movement, he wouldn’t have done anything differently.

He willingly gave some advice for today’s generation and future generations.

“It only takes one to start a movement,” Patton said. “If you have a desire to make a change, go to the people who trust you and talk to them one on one. Make sure you have all your ducks in a row.”

BJ Hollars, an associate professor of English at UW-Eau Claire, said the best part was introducing Dr. Patton to his children and other young students in the audience.

“Being able to share his message with the next generation was a powerful reminder of the role all of us can play for the cause of social justice,” Hollars said.

Although Patton said he doesn’t feel discriminated against today because he doesn’t put himself in that position, he said he sees the 1960’s all over again and that there are some things that have happened in the past that are still happening today.

“Love your neighbor,” Patton said. “Be loving to everybody regardless of what they look like or what language they speak.”