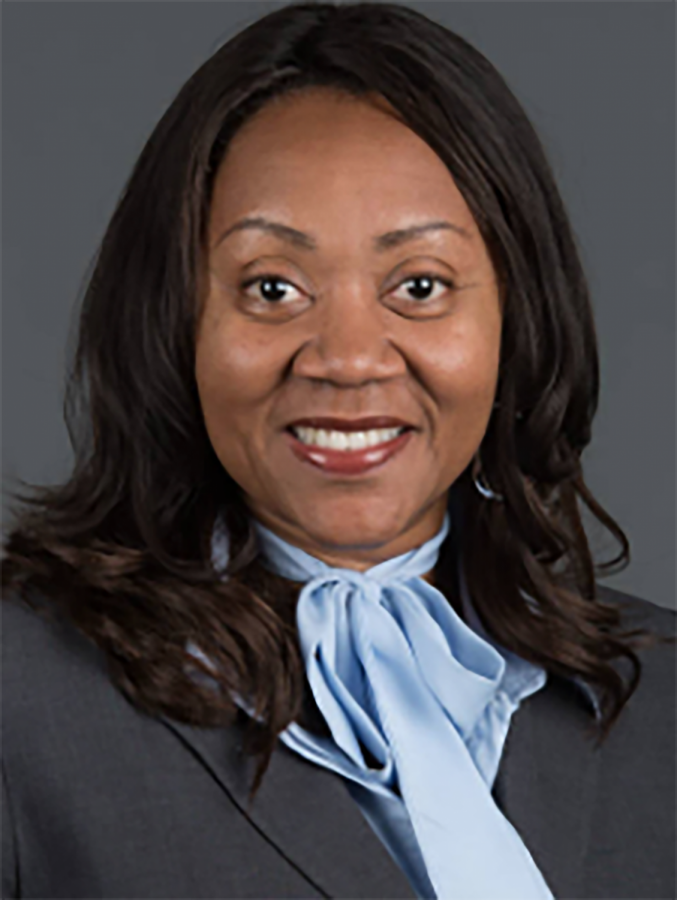 Dr. Johnson will be taking up the vice chancellor position for Diversity and Inclusion at Adler University.

Tamara Johnson, the vice chancellor for Equity, Diversity and Inclusion, is stepping down from her position at the end of the semester. Her last day in office will be June 7.

After two years at UW-Eau Claire and a year as the vice chancellor, Johnson will be taking a new position at Adler University in Illinois. That position will continue her EDI work, according to a mass email sent from the Chancellor’s office.

Dean of Studetnts Joe Abhold has worked collaboratively with Johnson in the past year. Johnson took on responsibility for some of the units of Student Affairs and developed a reorganized division, Abhold said.

“Dr. Johnson has done an outstanding job of further developing and implementing the campus EDI plan,” Abhold said. “I’m particularly impressed with her ability to empower students and give them a voice, as well as her skills at bringing together a new division.”

Chancellor James C. Schmidt said Johnson was originally hired for a position called “Assistant Chancellor for Equity, Diversity and Inclusion.” However, after Beth Hellwig stepped down from the vice chancellor position, the university restructured the position.

“Part of what used to be Student Affairs is now in our enrollment management division,” Schmidt said. “Things such as housing, athletics and recreation, among other things, and we moved the student center into finance and administration. We created a new division called Equity Diversity and Inclusion and Student Affairs, and Dr. Johnson was named vice chancellor for that last summer.”

Johnson worked as a senior level administrator — with responsibilities around equity, diversity and inclusion — with the position having a direct reporting line to the chancellor.

The UW-Eau Claire campus also strove to adopt an EDI plan prior to Johnson’s hiring.

“One of the things that attracted Dr. Johnson here is that the university had already thought carefully about it and developed a plan instead of expecting someone to come in to “fix things,”” Schmidt said. “Because one person can’t fix things. It’s truly a campus wide effort. One of the things she worked on while she was here was helping to carry that plan forward.”

Johnson helped in setting up the Black Cultural Center in Centennial Hall and in coordinating a remembrance ceremony for Martin Luther King Jr. during the spring semester, as the official holiday falls when students are away on winter break.

For the newly open vice chancellor position, Schmidt said the campus has set an aggressive time frame in order to find the best candidates, and hopes to have on-campus interviews with the finalists before the spring semester ends.

“We can bring candidates to campus so everyone has a chance to meet them and to give them feedback,” Schmidt said. “Ultimately I make the decision, but students, faculty and staff will be given the opportunity to provide feedback about the candidates directly to the search committee and to me.”

Schmidt also said there will be students serving on the search committee who will be recommended by the student senate. The campus is following an institutional handbook that explains how a vice chancellor search should be handled.

“I’m not only proud of the work (Johnson) has accomplished during her tenure, but I’m extremely proud of how the campus has come together,” Schmidt said. “Not every university campus has managed to pull this off, but I think our campus has united around our plan and has a firm commitment to taking great strides.”