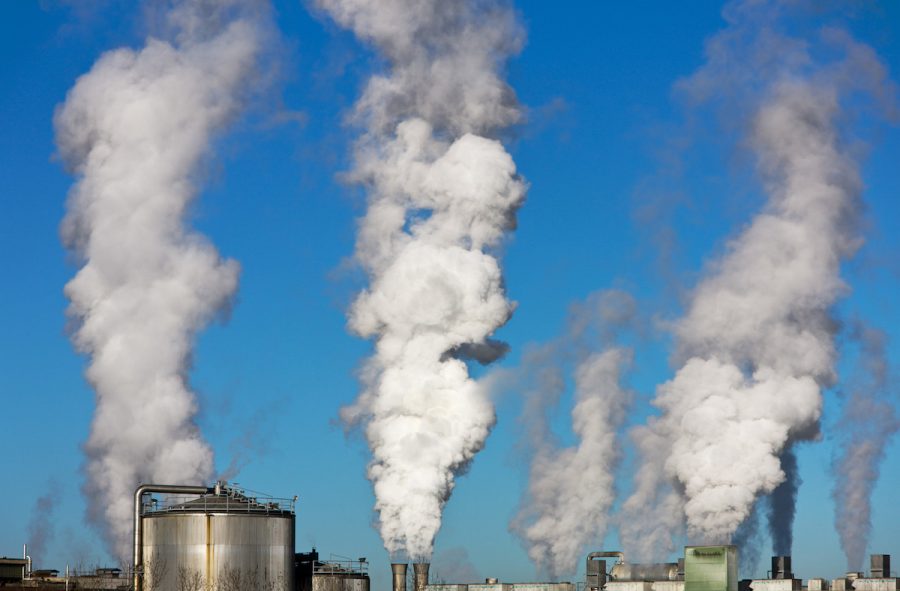 Climate change expert Johnathan Patz visited UW-Eau Claire on Monday to discuss some of the dangers presented by climate change.

In the midst of sub-zero temperatures and high piles of snow, Jonathan Patz visited UW-Eau Claire to educate students about climate change. Despite postponing the presentation due to bad weather, Patz presented in Hibbard to a nearly full lecture hall.

Patz, director of the Global Health Institute at UW-Madison, former lead author for the United Nations Intergovernmental Panel on Climate Change — which was awarded the Nobel Peace Prize in 2007 — and much more, spoke about climate change as it affects the world and people’s health.

Patz said the world is living in the Anthropocene, an era in which the climate is dominantly influenced by humans. A majority of climate change comes from the burning of fossils fuels, Patz said, and could have serious results.

Patz said that high amounts of fossil fuel burning is what is causing a high rise in temperatures across the world. In 2018, the IPCC stressed that it was pertinent for the world to stop climate change from increasing by 1.5°C. To prevent this, fossil fuel emissions should be cut 45 percent by 2030 and there should be no carbon emissions by 2050.

Patz said climate change was also a health issue. Rises in CO2 increase pollen produced by ragweed and poison ivy as well as how long they remain in season. Rises in temperatures also heightens the risks of diseases spread by creatures like mosquitos.

“Dengue and Zika are knocking on our door,” Patz said. “Who cares about one degree? Tell them it’s about biology. It’s the difference between having an epidemic and no epidemic at all.”

Patz said how detrimental climate change can be to the world population’s health. Roughly seven million people die each year due to air pollution. And in places in the United States, more than 700 thousand people have died from coal power plant emissions.