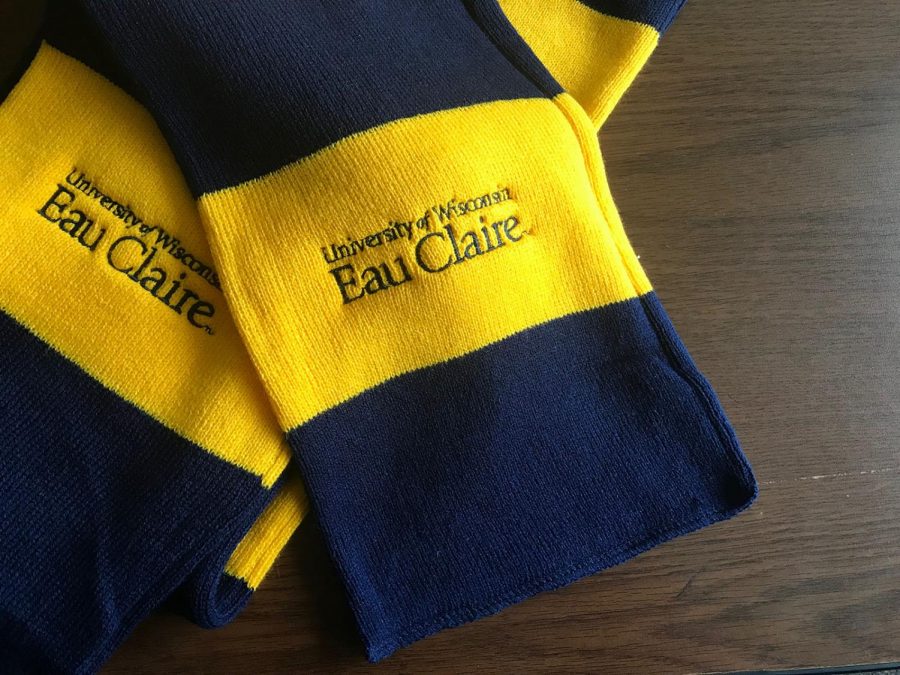 Chancellor Jim donated $1,000 himself to a fund of students’ choosing

Students walking to class on Tuesday, Nov. 27 were surprised with free hats and scarves to battle the cold. However, there was a lot more being gained than just winter clothing that day.

Giving Day — an event that has occurred for five years at UW-Eau Claire — is inspired by Giving Tuesday, a global day of charity.

Tori Follet, the director of annual giving for the UW-Eau Claire Foundation, has coordinated Giving Day since it began.

“This year was the biggest Giving Tuesday celebration we’ve had yet. In the past, we just ran a small email and social media campaign,” Follet said. “This year, we had a dedicated website for Giving Tuesday that integrated social media, real-time Giving Day updates and other interactive features that really helped us maximize our success.”

At the end of the day, UW-Eau Claire managed to raise about $159,000. This includes gifts that were mailed in, given in person or given online. One major donor gave a donation in person and, without them, UW-Eau Claire would have raised $97,185 instead, Follet said.

Follet said preparing for Giving Day takes more than a year of planning in advance. Coordinators must consider how they wish to spread the word about the event, and when to start advertising, as well as creating the content for the website in advance.

When donors make a gift to the university, they are able to choose what their donations will go toward. Donors were encouraged to give their money to areas of the university they were passionate about.

“I think it’s cool that our scholarships come from this,” Kat Fraser, a first-year nursing student, said. “It is also comforting to know that if something bad happens to me or my friends here in Eau Claire, the university will possibly be able to help out.”

The Blugold Emergency Support Fund is one area of funding that donors could choose to support. It provides emergency assistance to Blugolds who have emergency situations such as medical bills or house fires. Chancellor James C. Schmidt himself donated $1,000 to this fund after holding a poll on Instagram about where he should donate.

“I think it’s amazing that there’s a back-up plan in place,” Ashley Auer, a second-year business student, said. “It’s comforting to know that if something would happen — if you need emergency money — that you’re supported by your community.”

Giving Day also promoted matching gift challenges for the donors to bolster giving. According to the UW-Eau Claire website, 91 of the donations came from millenials. Additionally, out of the 417 total donations, 65 of the gifts came from first-time donors.

“Whether someone gave $10 or $1,000, all gifts really added up to make a big impact,” Follett said. “Many students don’t realize that there are people who donate to support their education, and I really hope that our Giving Tuesday efforts created some awareness of this on campus.”