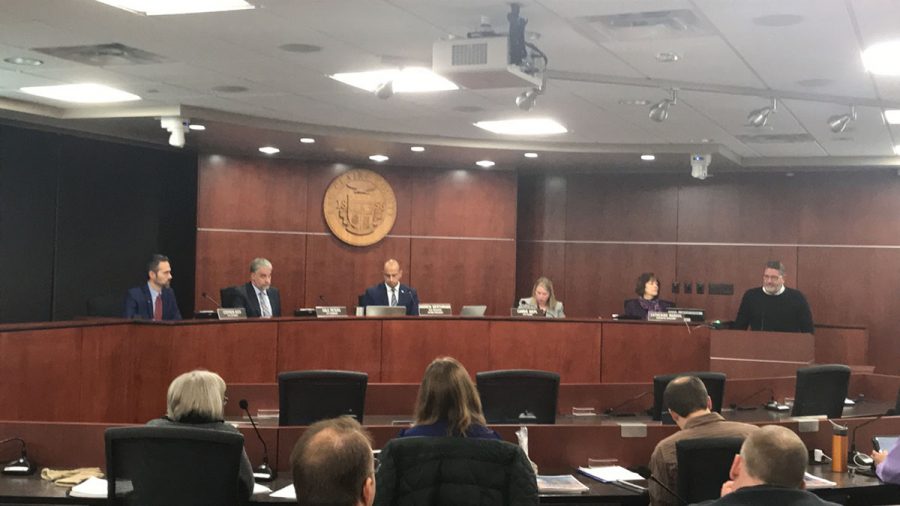 The city of Eau Claire recently just passed a fee for marijuana to be $1.

The former marijuana fine of $300 in Eau Claire has now officially been reduced to $1.

According to WQOW, the Eau Claire City Council meeting to vote on the marijuana fine lasted five hours and held an 8-2 vote in favor of the fee reduction. Final court fees would bring the fee up to roughly $140 — a quarter of the original final cost of the fee, which could be up to about $500.

“If you get a first possession violation and you can’t pay the fine of $300 to $500, that’s 30 days in jail,” said Andrew Werthman, city council acting president. “And if you get a second possession, that’s considered a state felony.”

Werthmann talked about how receiving only two violations for marijuana possession should not constitute a state felony going on a permanent record.

“That means you can’t take out a loan, you can’t get some jobs, you can’t vote,” Werthmann said. “The message is loud and clear in Eau Claire that that is not okay.”

On Monday, the Eau Claire community was invited to share its thoughts and opinions concerning the city council vote towards lowering the marijuana possession fine to $1.

The council held a public hearing to listen to the public’s concerns and feelings regarding several topics that were scheduled to be discussed on Monday, Nov. 26. The council then voted on the fine reduction on Tuesday, Nov. 27.

The fine reduction was introduced to the council by Werthmann, and presented by Stephen Nick, the city attorney.

After the presentation, district alderpersons were able to ask any questions they had before the podium was opened to community members who wanted say their piece regarding the fee.

Eric Larson, a former police officer, was one of the community members who came forward. He stated his belief that marijuana would soon be legalized in Wisconsin, but also expressed concern about what the fee reduction would mean for the diversion programs Eau Claire has as a part of the ordinance.

“I don’t think this ordinance is going to have the desired effect,” Larson said. “I urge the council to not pass this ordinance.”

Another community member, Ellie Strand, talked about her personal story as to why marijuana is beneficial. After sustaining major injuries in a motorcycle accident when she was younger, Strand was on strong opioids to try and regulate the pain she faced.

After Strand moved to Colorado, her neurologist suggested that she try cannabis as a pain medication instead.

“I signed up for the registry in Colorado to receive medical cannabis,” Strand said. “And for the first time in my life, I could control the pain in my leg.”

However, she eventually moved to Wisconsin and faced issues with continuing using cannabis as her painkiller. She returned to opioids, and has since gained various health issues from the medication, including fibromyalgia.