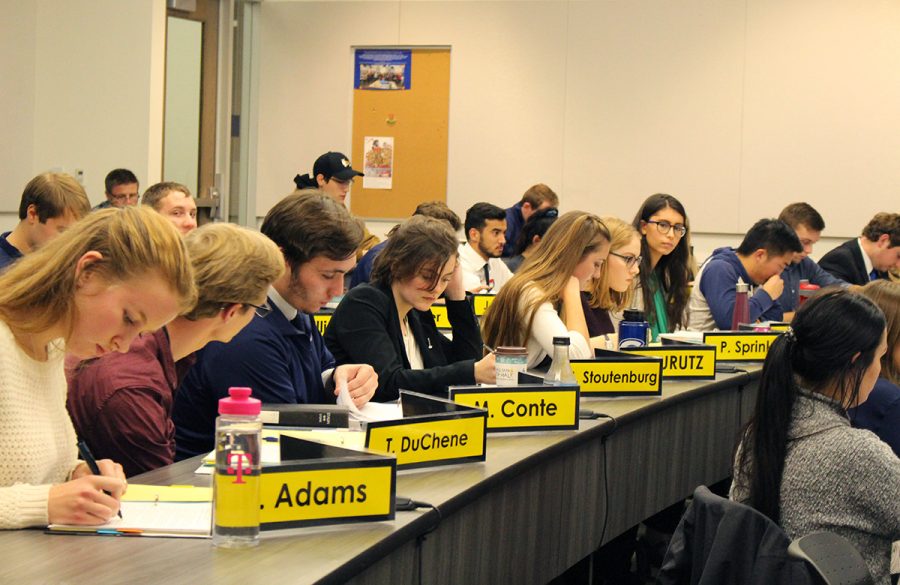 The Eau Claire City Council unanimously passed the ban on conversion therapy in early October. The move made Eau Claire the third city in Wisconsin to have banned it.

Senator Justin Vue spoke in support of the resolution.

“Anytime resolutions can connect community initiatives to something relevant of UW students, I’m always in favor of it because not only does it support the local community, but UW students may be a part of that,” Vue said. “It just builds a great connection between the city and students.”

Senator Austin Gulbranson also spoke in support of the resolution, expressing his surprise that Eau Claire is only the third city to ban the practice.

“I think that if we were to support this resolution as a student body, it would come as a united front not only us as a university but as a community against this practice and maybe that will be perceived on a broader scale in Wisconsin,” Gulbrandson said.

The resolution passed in a voice vote.

Senate passed a resolution in support of Native American Heritage Month.
Campus Affairs Director Alex Kurutz introduced a bill to create a special committee for the “It’s On Us” national movement to end sexual assault. The bill will be voted on next week.