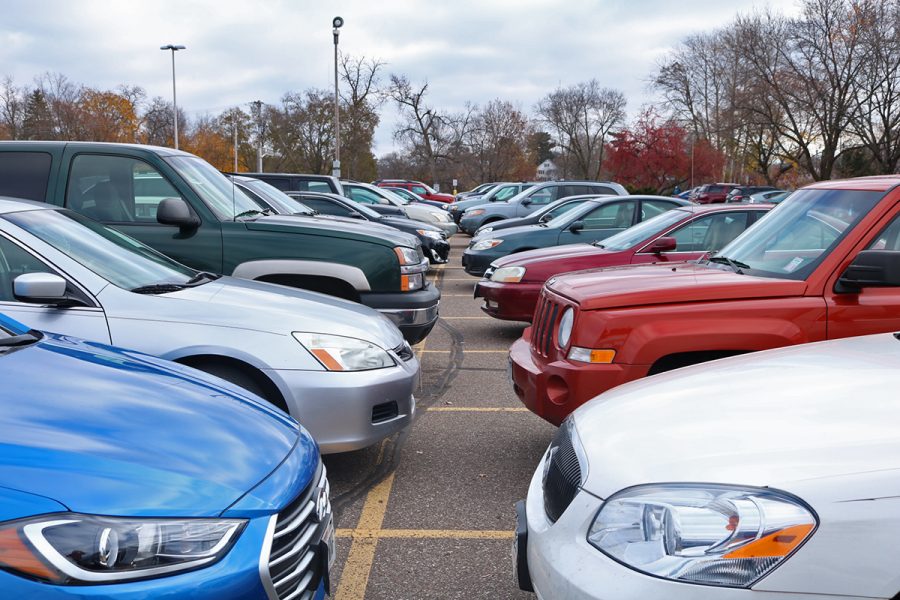 When students stand on the outskirts of parking lots across campus, vehicles can be seen circling the rows, attempting to locate an available space. In the rare instance that students have found a parking space, some of the slots have parking meters, which often break and are a challenge to fix.

These issues are just two of several problems that UW-Eau Claire intends to resolve with their proposal to restructure the university parking system. The proposal currently consists of three major changes, the first one being a transition to lot-based parking.

Allyson Wisniewski, UW-Eau Claire parking supervisor, explained that the transition to lot-based parking would set each parking lot at a specific price, and the price of that specific lot would depend on its demand and location to campus.

“Lots closer to central campus would be set at a higher price than lots further away,” Wisniewski said. “Thus, in the redesign, there would be multiple permits available based on the lot.”

Wisniewski said that students with Residence Hall permits and Bollinger permits, or R- and B-permits, will mostly be unaffected by this change. Students with the commuter student permits, or S-permits, however, will be asked to choose which lot they would like to park in.

Wisniewski said this change specifically hopes to put an end to vehicles circling the rows of parking lots to find an available space. With lot-based parking, she said students would have more of a guaranteed spot.

License plate recognition is the second change in the proposal to restructure the university parking system. Wisniewski said with the recognition software, the license plate would serve as the parking permit, instead of the sticker that students currently have to put on their windshields.

“License plate recognition hardware/cameras would be purchased and installed on a coushman vehicle, which would drive through the parking lots scanning license plates to see if they had purchased a parking permit for that specific lot,” Wisniewski said.

“I kinda like that idea that you can register under multiple roommates, as long as they are not going to school at the same time,” Kurutz said. “That’s very student-forward thinking, so I like that a lot.”

The establishment of one-time pay ticket stalls is the third major change listed in the proposal to restructure the university parking system. Wisniewski said single stall meters would be removed and replaced with multi-stall pay stations. These would solve the issues that students have been having with the single stall meters not working correctly and instead of paying with coins, students could pay by credit card or via an app on their phone.

Wisniewski said the proposal’s changes, if implemented, would occur in fall of 2019 and would intend to meet the demands of both faculty and students. However, Kurutz stressed that although there are definitely benefits for students, they should be sure to provide feedback on it.

“The proposal in all sounds pretty good,” Kurutz said. “I think students need to make sure that they are staying involved in it, making sure that they give their feedback, just because it is a student issue.

If interested in providing feedback on the proposal to restructure the university parking system, email [email protected], writing “Parking plan feedback” in the subject line.