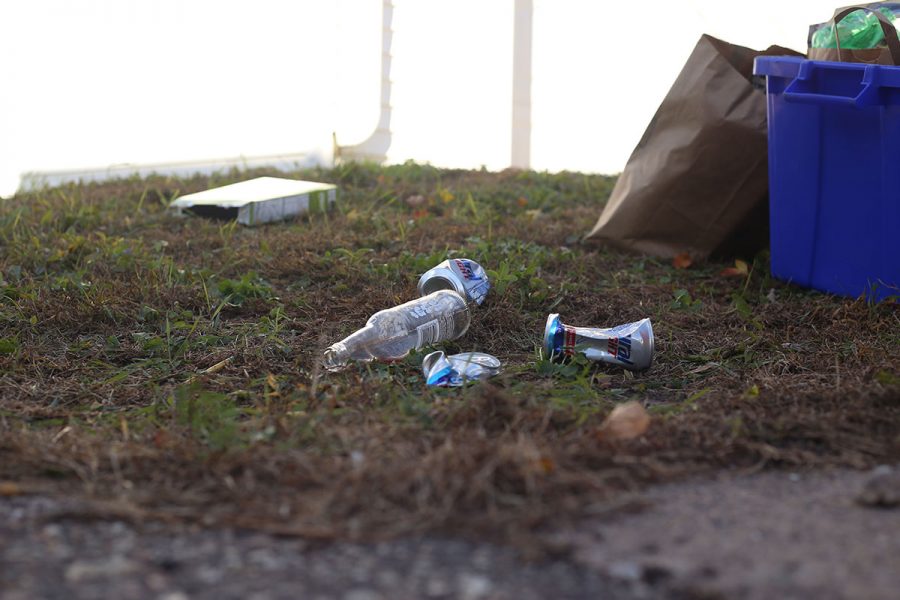 Trash and other various items on peoples front yards depict the manner that has been passed.

The bill, concerning public excessive intoxication, makes it illegal for people to be intoxicated in public to the point of harming themselves, others or cause public disturbance, according to the Leader-Telegram.

Leaving debris such as cans and cups, bottles and indoor furniture outside of residences is also considered a violation to the ordinance, which can result in a $295 fine.

Edits to the ordinance primarily involve wording changes proposed after a vote to postpone the ordinance in March 2018 due to concern over the language of the ordinance being too vague or open to interpretation.

Earlier this spring, the original ordinance was met with student uproar for those living off-campus. UW-Eau Claire’s Student Senate said they felt they should have had a say in the original limits of the ordinance, according to an article by the Spectator.

The Student Senate said that, because the ordinance is mainly concerned with students of UW-Eau Claire, students deserved to have their voices heard in the matter.

There was also some concern over the limitations put on transportation services for those who are intoxicated. The original ordinance proposed that, in the time period between 9 p.m. and 3 a.m., there can be no more than 10 riders in a vehicle within a block of Randall Park and the 3rd Ward, if the riders do not live there.

“I remember everyone was super pissed,” Katie Jamieson, a second-year elementary education and Spanish student, said. “Everyone thought it would be more dangerous because people would be wandering around while drunk, and some might try to drive.”

Conversion therapy is now banned in Eau Claire in a unanimous vote by the City Council. Parents are now no longer able to force their children to undergo the therapy.

Conversion therapy is a practice that aims to change a person’s sexual orientation or gender identity, and is now regarded as abuse to LGBTQ children in Eau Claire.

Public reception of the bill is largely positive, with the general public opinion being one of support.

“I think it’s a very good thing that they banned conversion therapy,” Haadia Malik, a second-year marketing student, said. “It is a cruel practice that no one deserves to go through.”

If anyone is found practicing conversion therapy on a child in Eau Claire, each occurrence results in a fine that is a minimum of $500 and a maximum of $1000 per instance.

There are only 15 states that have totally banned conversion therapy. Wisconsin is not one of them, according to the Movement Advancement Project.

There was a bill introduced in the State Senate by Democrats in May 2017 to ban conversion therapy; however, it was never passed.

Some opposition to the bill came from former County Board Member David Mortimer, according to Wisconsin Public Radio. A former pastor, Mortimer said he believes the ordinance too broad of a definition for “conversion therapy.”

“I believe we have to make room for people that want that type of counseling,” Mortimer said. “I believe that adolescents and their parents, not the city council, know what is best.”