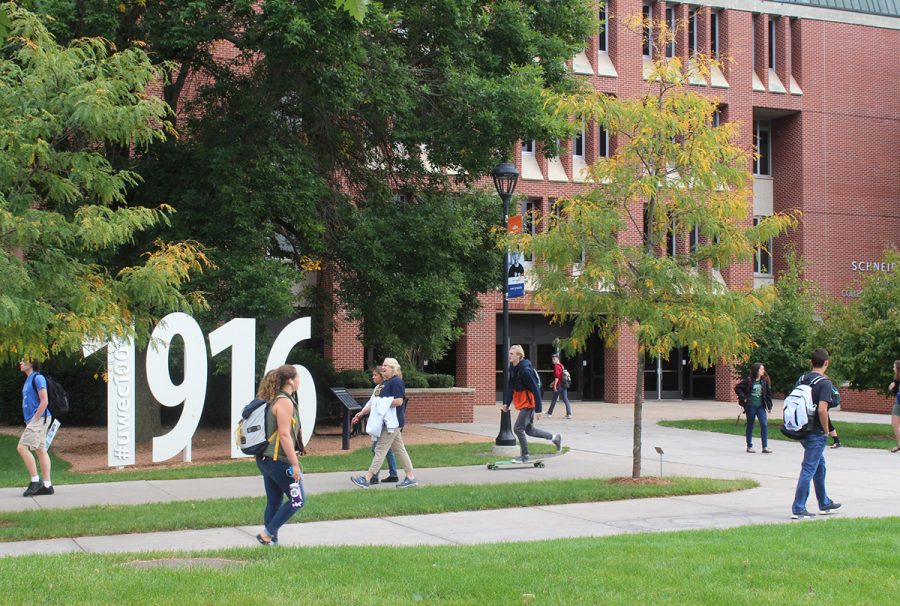 UW-Eau Claire was ranked the fifth regional public university in the Midwest.

For the 24th consecutive year, U.S. News has recognized UW-Eau Claire as a top regional public university in the Midwest. This year, UW-Eau Claire is ranked fifth in a three-way tie between Eastern Illinois University and the University of Michigan-Dearborn.

In addition to considering expert opinions, U.S. News awards this distinction on behalf of several other factors. They analyze a university’s success at retaining and graduating students within six years and granting students access to faculty and their resources.

Furthermore, U.S. News observes the institution’s average spending per student on educational expenditures, the selectivity of its admissions and the average percentage of alumni with bachelor’s degrees who donated to their alma mater from 2015 to 2017.

Chancellor James C. Schmidt said that he acknowledges the survey by U.S. News is not perfect, but appreciates the well-deserved recognition that UW-Eau Claire receives with this ranking.

“All of these surveys have limitations, so they are just a quick snapshot of a number of things,” Schmidt said. “Having said that, I’m proud that UW-Eau Claire is once again listed in the top five regional universities in the north region of the United States. There are 12 states in that north region, and for us to be ranked fifth is quite a testament to the work of our faculty and staff and, frankly, the hard work of our students. It’s very nice to have them recognized.”

“I think that we have a lot of opportunities, particularly with community and on-campus relationships and development, especially with the Mayo Clinic partnership that just started forming,” Forrest said. “The downtown has been growing super fast and has been doing such a phenomenal job with community partnerships, so I think that those instances are what make us one of the top public institutions.”

Forrest said she realizes UW-Eau Claire’s academic standards are also of high importance, but that the university’s ability to stretch itself beyond campus parameters sets it apart and distinguishes it as one of the best institutions.

“The academics are phenomenal here as well, … and we do have high standards here at Eau Claire, but it’s the stuff that we can do outside of the classroom that’s really making it one of the best places to go to college,” Forrest said.

In his final comments about the ranking for UW-Eau Claire, Schmidt said the university has not only remained among the top five regional public universities in the Midwest for the last five or six years, but that UW-Eau Claire can be found on other surveys as well.

“Again, no review is perfect, but we’re not only very high in this list,” Schmidt said. “If you take a look at just about every other study that’s out there, you’ll see that UW-Eau Claire is on everyone’s list, and I think that’s the bigger story.”