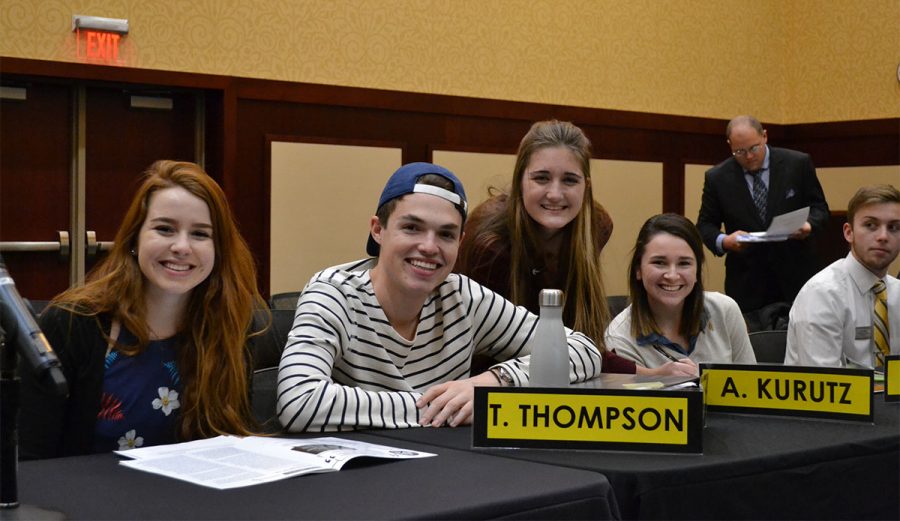 Justin Vue, the senate equity director of the Equity in Student Matters (ESM) Commission introduced the resolution, which is a follow-up to Senate’s support of Hmong New Year from the 59th Session.

“This body really respects continuity and wants to continue it and show that support isn’t just a one-time thing,” Vue said.

Although Hmong New Year took place two weeks ago, Vue said he didn’t see the resolution as a timely issue and said he thought it would be a nice homage to the event.

“It’s a nice way to show continuity and validate past actions into present time,” Smith said.

Senator Bobbi Freagon also supported the resolution, saying she doesn’t think “any time is a bad time to support something.”

“The resolutions, a lot of the time people look at them and think, ‘Well what is this going to do?’ and I think it’s basically a way for us to say,‘We support this,’ and I think continuing to follow up on different legislations helps us as a body stick to our words, stick to our promises, that kind of thing,” Freagon said.

The resolution passed in a placard vote.

Senator Alejandra Estrada spoke in support of the resolution, citing an article that ranked UW-Eau Claire as the top school in Wisconsin for LGBTQIA+ friendliness.

“I think that this aligns with our values and further shows that we support trans people and LGBTQIA community here on campus,” Estrada said, “so I’m very happy that we are breaking into this as the the 61st Session body, and I will be voting this up.”

Senate voted to allocate $2,763 to Colleges Against Cancer for their annual fundraising.

Hunter Clark, the campus affairs director, introduced four new campus organizations that will be voted on next week.