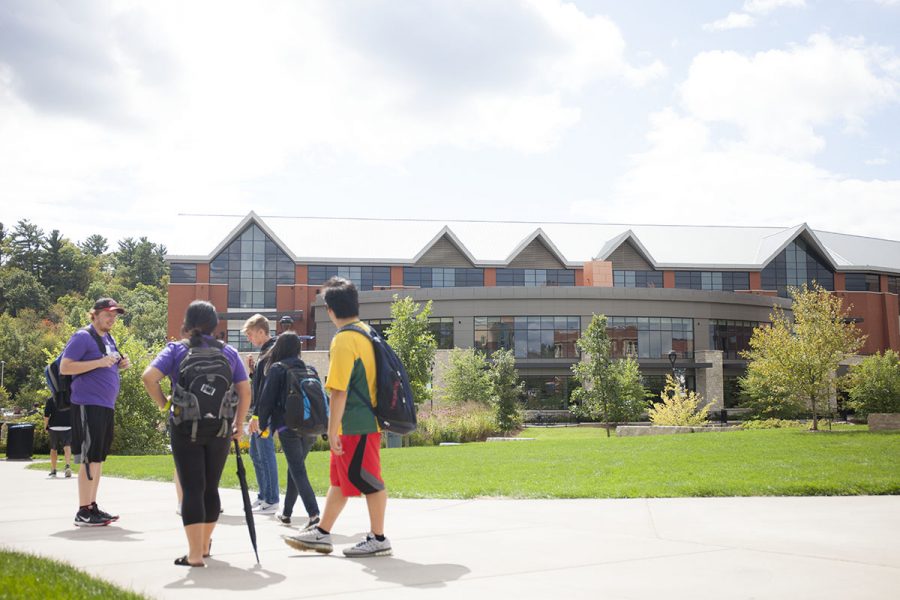 Under the proposal, which will be voted on in the Board of Regents’ November meeting and would go into effect on July 1, 2018, the 13 UW System two-year colleges would be reclassified as additional campuses respective to the branch campus they’ve been assigned to.

At UW-Eau Claire, this means the school would absorb UW-Barron County in Rice Lake, about an hour from Eau Claire.

UW-Eau Claire Chancellor James C. Schmidt called the proposal “an exciting development” and an opportunity for Eau Claire to extend into the broader northwestern region of Wisconsin, saying the institution will now have a “physical footprint” in Rice Lake.

“From an institutional perspective, I view this as an opportunity to strengthen both institutions by joining together,” Schmidt said. “Our missions are almost perfectly aligned and I think we can do a great service over the broader northwestern region of Wisconsin by working together as opposed to separate entities.”

At this point in the process, Schmidt said it is too early to see if reductions in faculty and staff will be necessary. He said he was also unsure whether staff from Barron County would come to the Eau Claire campus.

“We have to look frankly at the economics,” Schmidt said. “That’s one of the big things that’s driving these decisions, is how can we make this affordable. It will be enrollment-driven, and it will be based on the needs of the community — and frankly the desire of the students in that region to be enrolled in that region.”

Enrollment at the two-year UW Colleges has been down 32 percent since 2010, according to data in the press release. Barron County has seen a dip of 35 percent, totaling a loss of about 169 students. The total decrease in enrollment across the UW Colleges is 3,293 students.

In the released statement, President Ray Cross said it is anticipated 95 percent of the Wisconsin population growth will be 65 years and older by 2040, while the working force of ages 18 to 64 will only grow a meager 0.4 percent.

Enrollment declines and population growth speculations coupled together are the main forces driving the proposal, according to Cross.

As far as curriculum goes, Schmidt said there hasn’t been a chance to assess the curriculum at Barron County yet, but reiterated the courses “align very well” with what is taught at Eau Claire. Vice versa, he said Eau Claire shouldn’t see much of a difference in course offerings.

“I don’t think the Eau Claire campus will see much of an adjustment at all,” Schmidt said. “I don’t actually see a big change in the courses being offered at Rice Lake. They will become a part of our university’s structure, be a part of our academic program, and just like we do at Eau Claire we’re constantly evaluating course sizes and course offerings.”

Similarly, how credits transfer between schools will not be affected. If students have an Associate in Arts (AA) degree, Schmidt said, credits will transfer.

“All students who are there now will have the opportunity to complete their AA degree requirements as they stand now,” Schmidt said.

The UW System is committed to maintaining current tuition prices for the two-year colleges, the press release said. However, if upper division courses were to be offered at the Barron County campus, those would result in higher rates. This early in the process, Schmidt said, it’s difficult to say whether four-year degree courses will be offered at Barron County..

The proposal is geared around focusing more resources toward the classroom and centralizing administration, Schmidt said.

“Change often produces uncertainty, but we cannot be afraid to pursue needed reforms. We must restructure these two organizations, given the state’s demographic challenges, budgetary constraints, and the need for closer alignment between research and practice,” said President Cross in a press release. “We want to leverage the strength of our four-year institutions at a time when overall enrollments at UW Colleges are declining.  Our goal is to expand access and provide more educational opportunities for more students, while ensuring our faculty are appropriately organized and supported. We are committed to making the transition as smooth as possible for students, faculty, and staff.”

Schmidt applauded the UW System and President Cross for being proactive in making this “bold action.” Had the System not taken action, Schmidt said, several of the two-year campuses would have likely been closed.

“I think President Cross deserves credit for taking a few years’ look into the future to see where things were going,” Schmidt said. “I think it shows accountability towards our taxpayers, responsiveness to policymakers. When you do what’s right for students, everybody wins. I think that is the intent of this action.”