Students can be suspended or expelled for disrupting freedom of expression 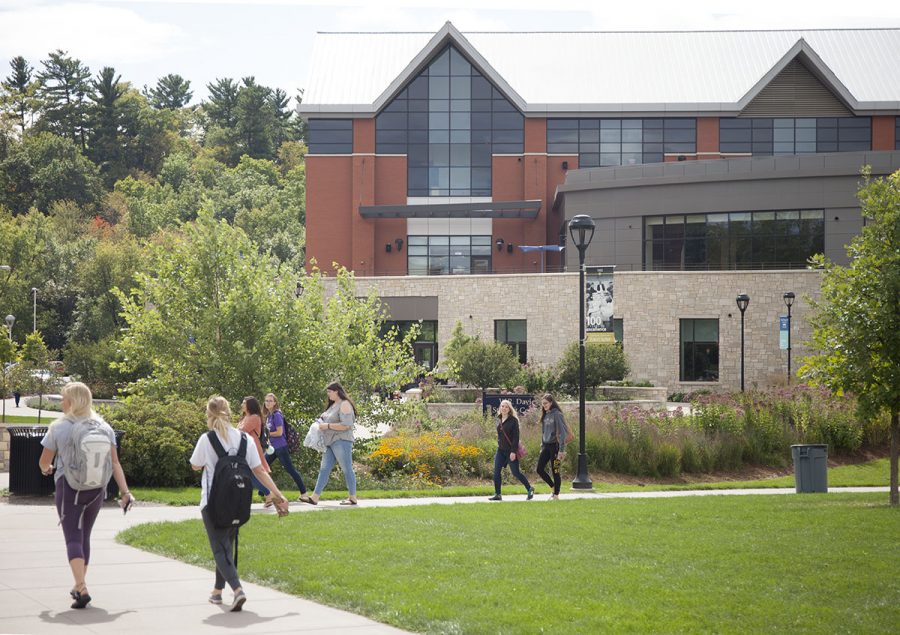 In a proposal released on Oct. 11, UW System President Ray Cross proposed merging two-year UW Colleges with four-year universities. The UW System Board of Regents will vote on the proposal on Thursday.

The UW System Board of Regents passed a policy last Friday that would punish students who continuously disrupt speakers on UW campuses with opposing views.

“Protests and demonstrations that materially and substantially disrupt the rights of others to engage in or listen to expressive activity shall not be permitted and shall be subject to sanction,” the policy states.

The policy builds upon resolutions the Board passed in December 2015 and July 2017. It is also in response to students at campuses around the country disrupting speakers from delivering speeches. In November 2016, students at UW-Madison protested and interrupted Ben Shapiro, the conservative editor-in-chief of The Daily Wire, while he tried to speak.

“Campuses across the country are wrestling with the question of appropriate behavior of students. The University of Wisconsin is a large system, and I believe we need consistent learning environments at all of our institutions,” said Regent President John Robert Behling. “Through this policy, we inform students and taxpayers that we can provide a world-class education in an atmosphere where civility, respect, and safety is required and expected.”

According to the Board’s press release, the policy kept the definition of “disruptive” flexible for institutions to decide on its meaning because “no two disruptions are alike.” The sanctions described in the policy will not take place until UWS Administrative Code 17 has been updated.

Policy states students and faculty are permitted to engage in “spontaneous expressive activity” so long as that activity does not “materially and substantially disrupt the functioning of an institution.”

Chancellor James C. Schmidt said the Board’s intention with this policy wasn’t to impede on students’ right to protest, but to “guard against where speech is being prevented by protest.”

In the years he has been chancellor, Schmidt said he hasn’t seen UW-Eau Claire have issues with students disrupting freedom of expression on campus. He said the Board is trying to be proactive to ensure it doesn’t become an issue in the future.

If a UW institution does not suspend or expel a student who has been found responsible during the disciplinary process, that school’s chancellor is required to report to the Board until required changes to state code are complete.

In addition, UW institutions are to report to the Board annually “regarding the efforts of its institutions to uphold the principles expressed in this policy.”

UW System schools are required to inform new students of this policy at orientation as well as annually remind current students of the policy.

“Students have the right to share their concerns and protest in a way that we have seen on our campus be successful,” McGarry said. “It shouldn’t change the way we operate day to day. It really is just redefining the language that you can’t go into an event and shut down the speaker so that they are not allowed to share their message.”

Schmidt said administration is still working to define what “disruption” means and get a better understanding of the policy. He said he anticipates having a broader conversation with students, faculty and student government about the freedom of speech.

“This policy is going to take time to steady and to understand,” Schmidt said. “There are things that are still a bit murky in how you would interpret it — I have many questions. To prepare for that, I’m hoping that we, as a university, can have a conversation about what is freedom of speech and how we can be clear about the rights of everyone.”