Due to on-campus construction, returning students are to live off-campus for the 2018-2019 school year 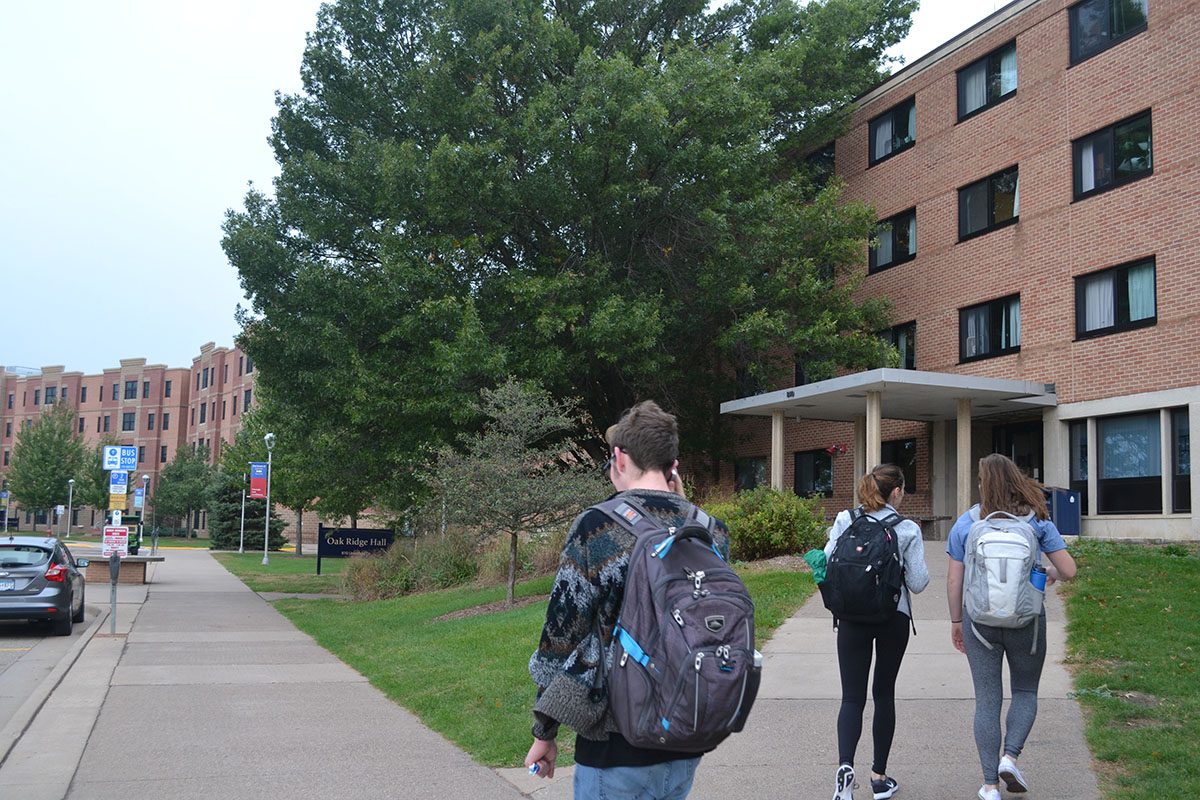 It doesn’t take more than a quick walk around UW-Eau Claire’s campus to realize there are a lot of changes to come for the university in the near future. One of those changes in particular has become a topic of discussion for many returning students.

For the 2018-19 school year, returning students are unable to live in the traditional dorms on upper campus. While all students who want it are guaranteed university-run housing, on-campus dorms will be reserved for incoming first-year students or transfer students, according to Housing and Residence Life Director Quincy Chapman.

Chapman said returning students can’t live on campus due to a shortage of space during the Towers renovation. This year, Towers South is closed for renovation, and next year Towers North will be closed.

Renovation plans began in 2009, but the long process to get the changes planned and approved by the state wasn’t completed until this year, Chapman said.

The alternative campus-housing options available for returning students are Aspenson Mogenson Hall on Water Street; Haymarket Landing in downtown Eau Claire; Chancellors Hall on campus; Priory Hall, which is about three miles from campus or the Clarion Hotel near Clairmont Avenue. These options, with the exception of the Clarion Hotel, are more expensive than the traditional dorms.

Chapman believes the need for returning students to live off campus should only be present throughout the 2018-19 school year.

By fall 2019, Chapman said he plans for there to be a new residence hall on upper campus, which will start this February. He said he also expects the Towers renovations to be completed by that time.

After the completion of both the new residence hall and the Towers renovation, there will be more bed space available for returning students on campus. However, Chapman said first-year students will still take priority.

Chapman said common concerns students have had about the housing change include uncertainty over the distance of the alternative housing facilities to campus, the need for students to alter their housing plans and a lack of upfront communication between campus officials and students.

Caleb Webb, a junior Organizational Communications and transfer student, is one of those affected by the housing change.

Since the beginning of his college career, Webb said he has lived in traditional dorms. He did so as a first-year student and then again the next year as a Resident Assistant at his old university. Upon transferring to Eau Claire he said he had planned to complete his last two years of college in the dorms.

However, after discovering that traditional dorms were no longer an option for him, Webb said he was forced to change his plans and scramble to figure out a new one. He was able to find a house, but still found the situation to be an overall inconvenience for students and felt the university lacked in communication.

Ali Ackerman, a junior English Education student and Resident Assistant at Eau Claire, said she can understand the perspectives of both campus officials and students.

“As an RA, I understand why it’s necessary,” Ackerman said. “I think it’s one of the best ways to handle it with the time we had to prepare for it. But I do realize that it’s an inconvenient solution… I’ve got a lot of friends and residents panicking about it.”

Chapman said that while the distance of some alternative university facilities is intimidating at first, it’s similar to that of any other off-campus housing.

Eau Claire also offers transportation for students, particularly those living in the Clarion or America’s Best Value Inn. A bus makes stops there during the day, and Campus Cab makes special trips there during mealtimes.

Chapman said he understands that it’s a pain to adjust plans and that some students feel as though information wasn’t communicated to students upfront.

“This is a new process for us just like it is for the students,” Chapman said. “Even we didn’t necessarily know about how it would all play out.”

In light of this, Chapman said he has high hopes for UW-Eau Claire’s future.

According to Chapman, upper campus will eventually look entirely different. Not only will Towers be fully restored and a new residence hall erected in replacement of the tennis courts, but all traditional dorms will be restored in the near future.

Additionally, Chapman hopes for yet another new residence hall, with an attached dining hall, to be built within the next ten years.

“It’s all part of a plan,” Chapman said. “it just takes time to get there.”