Two special allocation bills were introduced and a resolution was passed 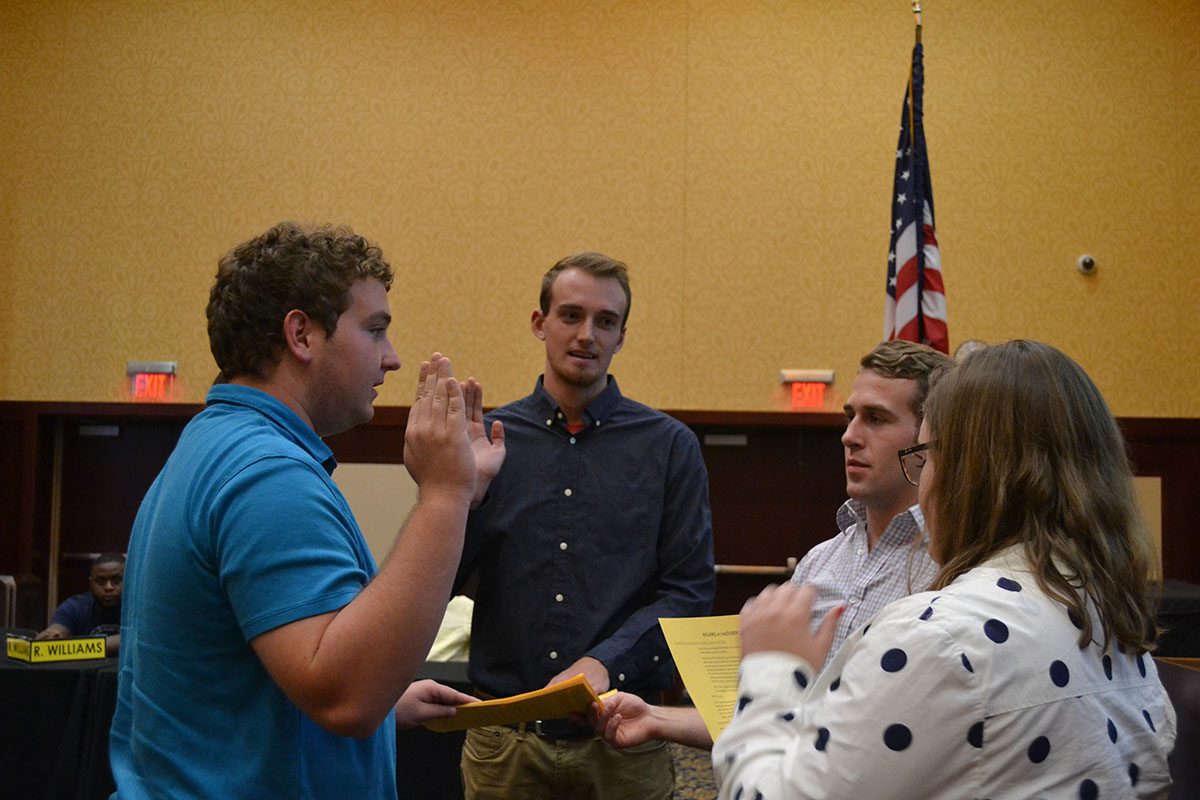 Three new on-campus senators were sworn in at Monday’s Student Senate meeting. The meeting also included the passage of a resolution in support of centralizing Student Health Services and Counseling Services and the introduction of two special allocation bills which will be voted on next week.

The first bill to be voted on was a special allocation bill proposing to fund the second chair of the Equity in Student Matters (ESM) Commission for the 2017-18 school year.

The bill would allocate $2,172.69 as compensation for the second chair, half of what was originally requested from the Finance Commission.

“The reasoning was that, first of all, this is a brand new commission,” said Finance Director Dier Pulatov. “And we’re not sure about the workload of the commission.”

After a motion to amend last week’s minutes by nullifying the vote on the bill proposing amendments to the Student Office of Sustainability (SOS) Bylaws was passed, the bill was added to Monday’s agenda and presented before Senate again to be voted on.

The bill passed unanimously in a voice vote.

The Finance Commission introduced a special allocation bill, this one a request to fund a stipend for the Events Coordinator position in the Communications Commission for the 2017-18 school year.

Pulatov said the commission decided to allocate the requested amount, which was $2,172.69.

The next special allocation bill introduced by the Finance Commission was a request made by the Pre-Law Club’s Mock Trial Team.

“While writing this resolution, Chief of Staff Yates and I met with Laura Chellman, the director of SHS, and we learned more about the benefits that a centralized health location would have for students and our whole campus,” Miller said. “If student health was integrated we’d minimize the stigma surrounding mental health, improve cost efficiency and approach health more holistically.”

The resolution supports incorporating the idea of integrating SHS and Counseling Services in the Campus Master Plan “when possible.”

Kristina Haideman, the SOS director, voiced her support for the bill.

“After reviewing this resolution I think it blends nicely with our past support of mental health,” Haideman said. “Having these services in the same space — hopefully on lower campus — will give more access to off-campus students as well as on-campus students.”

Chief of Staff Branden Yates, an author of the resolution, also urged support for it, noting five other UW System schools already have centralized health services.

“Basically, we understand that this is not going to happen next year, this year or maybe even the year after next year,” Yates said. “But we’re saying that, as a student body, we want this in the Campus Master Plan for Counseling Services and Student Health Services to be in the same location.”

The resolution passed in a placard vote.