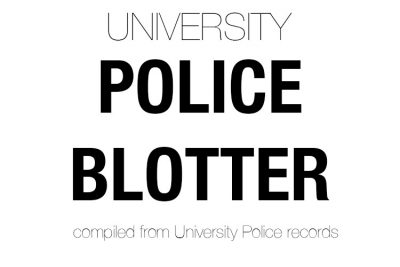 Stuck in an elevator

Towers Hall South had two cases of elevator malfunctions over the past week, trapping students inside.

On Thursday, Sept. 21 around 12:42 p.m., campus police were called to Towers Hall South to help nine individuals who were stuck in an elevator.

The officer returned to the main entrance of the elevator and manually opened the internal doors, utilizing an elevator key so the nine students could safely exit. All of the subjects said they were moving furniture out of Towers Hall South in due to the current construction project.

According to the report, the students had entered the elevator from the second floor, at which point it was called to the tenth floor and became disabled.

After making sure all of the students were unharmed, the officer made contact with the Miron Construction project superintendent who said a new elevator company was taking over the building. He said he would contact the appropriate company with regard to the malfunctioning elevator.

The elevator malfunctioning didn’t end there, however.

The next day, Friday, Sept. 22, at about 9:40 a.m., campus police returned to Towers Hall South because of the broken Elevator No. 2.

This time the elevator was stuck between the first and second floors and had three students trapped inside.

The officer performed the same steps as the day before and safely evacuated all the students unharmed.

Lost and looking for directions

On Tuesday, Sept. 19, at about 7:08 p.m., campus police was dispatched to the Hilltop Center for a check person case.

The officer was advised by the communication center that there was a single 911 call from a female saying she was lost. According to the report, the subject said she was a black female and would be waiting outside the food court.

While on his way to the Hilltop Center, the campus officer observed a female asking a Sodexo employee for directions, near the loading zone, to the Davies Center. The officer parked his squad car and approached the female subject on foot.

The subject continued to say she was homeless and was planning on staying outside near the Sacred Heart Hospital.

After hearing about the illegality of camping in public areas, she changed her mind and told the officer she would just go back to the Sojourner House for the night. According to the report, the subject had been at the Sojourner House earlier in the evening but didn’t want to wait outside.

The subject then asked the officer for a ride to the Sojourner House but was declined when the officer said he could only call a taxi or give her directions as it was not too far from their current location.

This statement made by the officer seemed to upset the subject because she told the officer she didn’t have any money for a taxi and was “too tired to walk.”

The officer offered to walk her across the campus mall to the south end of the footbridge and give her directions from there, but the subject became more upset saying “police are supposed to serve and protect.”

She began to walk away from the officer and said she could find her way back on her own.

According to the report, the officer conducted a records check on the subject and found nothing on file for her in either Wisconsin or Louisiana. The officer said he attempted to provide the subject with directions again but was unsuccessful, as she continued to walk away, so he decided to clear the scene.