Govin’s Farm opens for the season 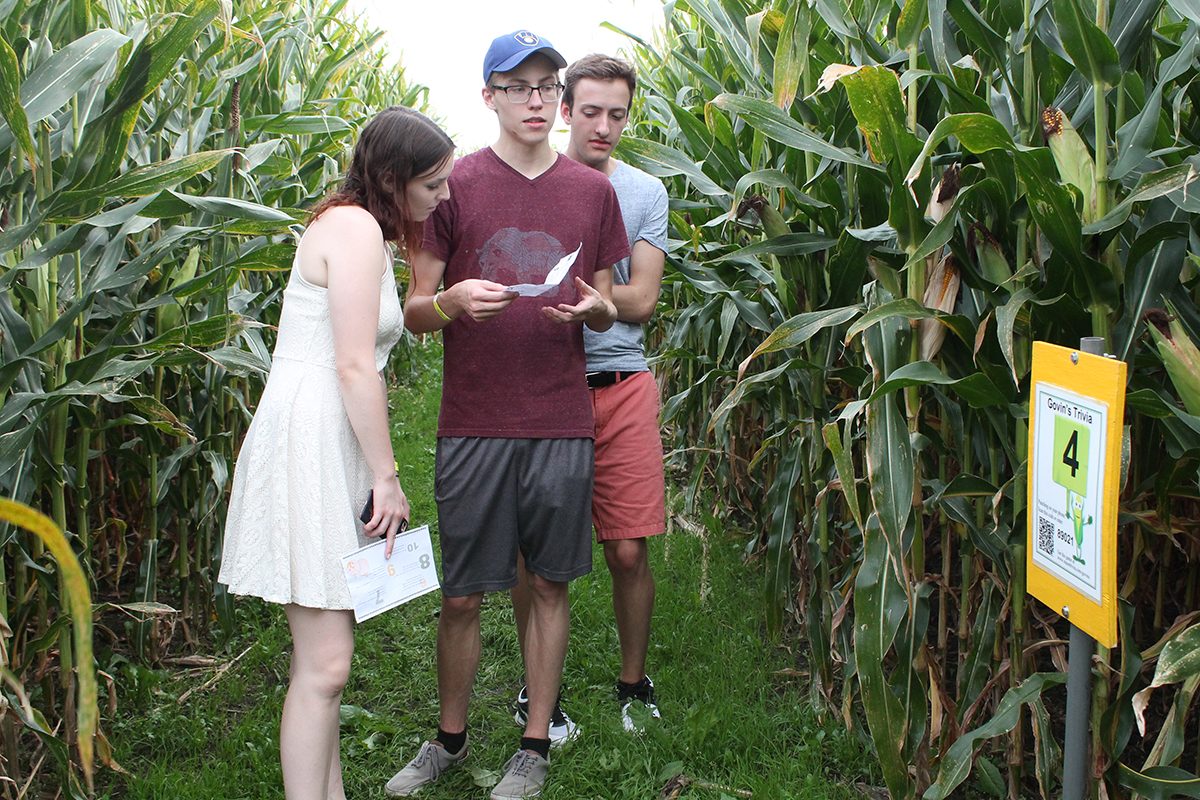 Families and students went through the corn maze and participated in activities at Govin’s Farm during its season opening last weekend.

Govin’s Farm kicked off its opening weekend last Saturday with a hot start to the fall season. Families and students from all over the community joined in on the fall fun by finding their way through the corn maze the farm has had for the past nine years.

The design for the maze is different every year said John Govin, the owner of Govin’s Farm.

“A lot of times it’s something that means a lot to the family,” Govin said. “This year — bees are important to agriculture — I thought it would be a good idea to highlight it.”

Govin and his wife bought the farm in 1989 when it was a conventional dairy farm.

“Dairy farming became too stressful, and I sold the cows for the last time in 2001,” Govin said. “I really didn’t know what direction the farm was going to go in, but we planted strawberries in 2002. The lambing event that we hold in the spring, I think we’ve done that for 12 years now.”

With close to 30 different games and activities to play, Govin’s Farm attracts thousands of visitors every year, Govin said.

“The kids like it. We have to come,” Angela Kuzniecki from Cadott, Wisconsin said about this being her family’s third year coming to the farm. “We do everything here.”

With animals like chickens and dogs walking around and ponies to pet, the farm is sure to make animal lovers happy.

Visitors can pick out a pumpkin and grab some kettle corn sold outside. Govin’s has concessions selling mini donuts, pretzels, caramel apple blossoms, apple turnovers, hot dogs, chips, cookies, s’mores and hot and cold beverages. As it gets dark visitors can go through the maze using a flashlight and roast marshmallows by a bonfire after, according to the farm’s website.

This year Govin’s Farm has a tip jar that can be found at the concessions and admission table that go to the hurricane relief funds with the Red Cross. They have done pancake feeds in the past where the proceeds have gone to the Future Farmers of America (FFA) alumni. Govin said they may do a sweet corn feed in the next couple of weeks where 100 percent of the proceeds would go to the Red Cross.

“If you come later on in the afternoon, you can go through (the corn maze) the first time in the daylight and then you can go through it with a flashlight after dark,” Govin said. “We sell the last tickets at 9 p.m. on Friday and Saturday night.”