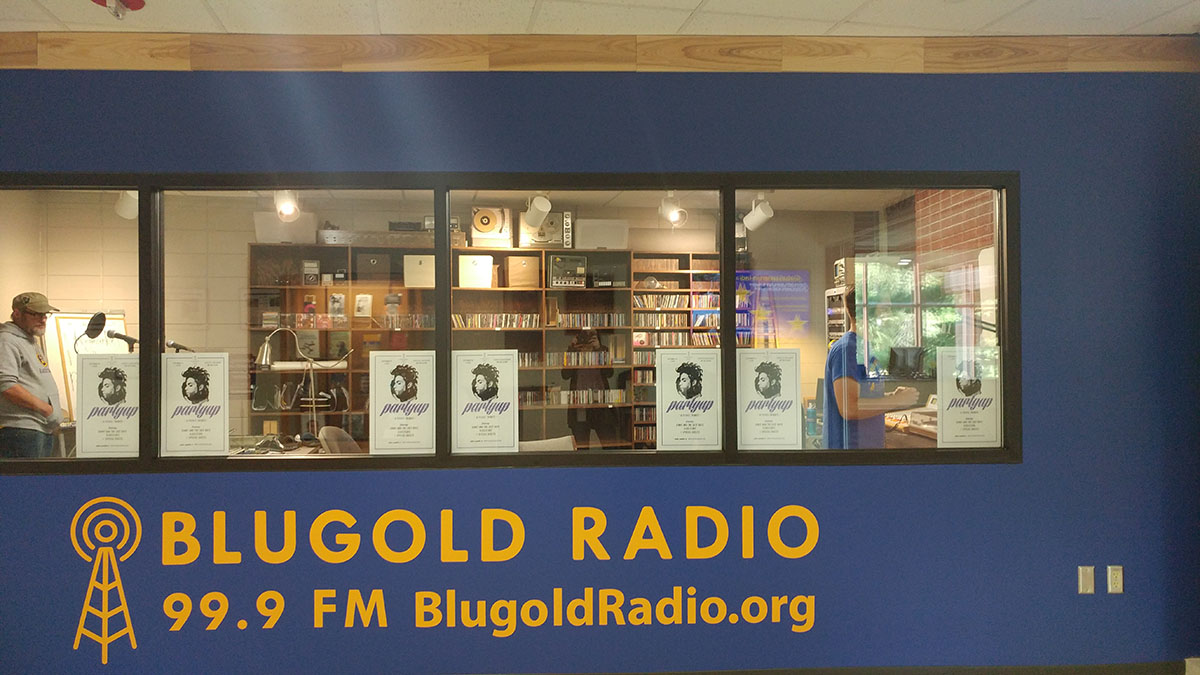 What used to be a forgotten corner of the McIntyre Library is now home to the campus’ own radio station, 99.9 FM Blugold Radio.

The station just celebrated its 14-month anniversary and has an eventful grand opening planned for Sept. 14 and 15.

During those days, an open house will allow students to view the studio and chat with employees and the station manager himself, Scott Morfitt. Two guitars owned by Prince will be on display as well.

The culmination of the event is a tribute concert to Prince called Partyup. It will be held at 7:30 p.m. on Sept. 15 in the Schofield Auditorium.

Tickets are on sale for $5 for students and $10 for members of the community. Student tickets are available at the Service Center with a student ID and all other tickets can be purchased online at Blugoldradio.com.

“We’re really proud to offer a special student rate,” Morfitt said. “One of our big things is really building accessibility for students to the local music scene.”

Partyup is expected to fill Schofield to its maximum capacity of 600 people.

Partyup will also feature Sloslylove, a band that played at the 2016 Eaux Claires music festival. This concert will be in coordination with UW-Eau Claire’s event services to have moving lights, smoke and a video wall for what Morfitt refers to as a “full on rock experience.”

The open house will also include the unveiling of a new podcast space project in coordination with McIntyre Library.

This collaboration with the McIntyre Library has been integral to the growth of Blugold Radio. The location of the station allows it to be open to whoever wants to be a part of it, Morfitt said.

Unlike other student organizations and clubs that receive funding from the University through students’ segregated fees, Blugold Radio generates all of its own funds and income. In fact, it raised $8,000 for the new studio in only eight days through donations from community members.

Eli Klatt, a student producer at Blugold Radio said “40 percent of our mix is local music” and discovering more about Eau Claire’s music scene has “given me a sense of local community.”

Klatt emphasized the importance of Blugold Radio within the community.

“With a lot of radio stations you are kind of put into just one genre. With this (Blugold Radio) you can go from a Vince Staples track to a Johnny Cash track . . . all within the same set. That keeps things fresh,” Klatt said.

Klatt’s list of talented local artists for includes Sniffle Party and D. Janakey, while Morfitt said to watch out for a brand new band, Chamber Noise. They expect both bands will “blow up” sometime soon.

As for the future of the station, Blugold Radio has many directions it hopes to move in.

Morfitt and Klatt said they hope to continue work on Cable Channel 999 (available on campus cable), in-studio performances in partnership with TV-10 and a radio drama podcast premiering in October.