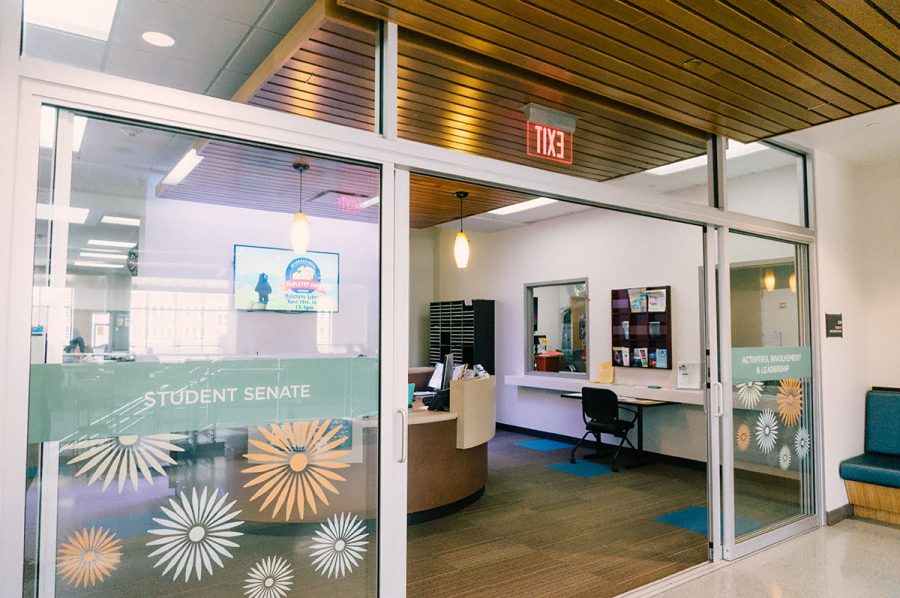 At UW-Eau Claire, Student Senate determines the dollar amount of the fee full-time students pay in their tuition to fund certain organizations and activities on campus. On Thursday, April 6 the Joint Finance Committee removed an item from Gov. Scott Walker’s budget proposal that would have made this fee optional, meaning the $129 fee Student Senate approved is here to stay for now.

Gov. Scott Walker’s state budget for 2017-19 proposed allowing students in the UW System to opt out of paying fees that support student organizations and activities, but last Thursday state legislators removed that proposal from the budget.

The Republican-controlled Joint Finance Committee removed 83 policy related items that are not directly tied to fiscal matters, meaning the removed items would instead have to be passed as individual bills, the likelihood of which seems pretty slim to political science professor Rodd Freitag.

But all this buzz about segregated fees might have students wondering, what exactly are these fees students pay that Gov. Walker wanted to make optional?

Each spring Student Senate allocates around $1 million to fund student organizations and activities for the next academic year. In March, Senate passed a bill approving a $984,767 budget for the 2017-18 academic school year, which equates to a $129 organized activity fee that is folded into each full-time student’s tuition. Of the $700 in total that students pay in segregated fees, that $129 equates to the fees Student Senate allocates.

In other words, had Walker’s opt out idea stayed in the budget, students could have saved an estimated $129 next year if they chose not to pay the fee that funds a range of opportunities on campus. Here’s the list:

Members of Senate’s finance committee start meeting with the organizations funded through allocable segregated fees each fall in order to determine the budget the entire Senate votes on in the spring.

Elizabeth LeMay interns for the finance committee and said if students were allowed to opt out of paying the fee then enough students would likely take advantage of an opportunity to save money, including herself, which is why she doubts the organizations and activities affected would have been able to operate under an opt out.

“I think there are a lot of activities and organizations on campus that students don’t know their money is going to, and if students know, maybe they would be more likely to attend those events,” LeMay said regarding the events such as the annual Pow Wow and Forum series that segregated fees help pay for.

After Walker announced his budget proposal in February, about 40 Blugolds, primarily Senators, lobbied for student interests in Madison during the “Rally for Excellence,” including Senate’s intergovernmental affairs director, Nick Webber.

Webber said one of their talking points while meeting with legislators in Madison included arguing against Walker’s opt out proposal because segregated fees help pay for organizations that promote career development opportunities. Representatives on both sides of the aisles appeared responsive to this, he said.

While it’s unlikely  the opt out option will make its way back into the 2017-19 budget before summer, Webber said he has reason to worry it could be snuck in as a “last-second” move. Nonetheless, he said he was still impressed with last Thursday’s news.

It’s hardly a surprise to Professor Freitag that the policy items were removed, since he said it is not unusual for policy items to be written into state budgets. Wisconsin governors in both political parties have been doing it for years, and legislators aren’t always able to pull them out. Compared to previous years Freitag said this year’s number of 83 identified policy items is a “fair” amount.

What did surprise Freitag this time around was that the items were removed by a committee co-chaired and controlled by legislators of the governor’s party, a move that  hasn’t happened in decades.

“What’s different now is that they’re not going to be a rubber stamp for the governor’s proposals,” Freitag said. “I think they feel like maybe they weren’t consulted enough in the creation of the budget and those policy items, that they sort of just got thrust upon them.”