Construction along Garfield Avenue disrupts university life, but promises a better campus in the future

$12.4 million project is scheduled for two construction seasons, primarily during summer months, and will be completed by fall 2018 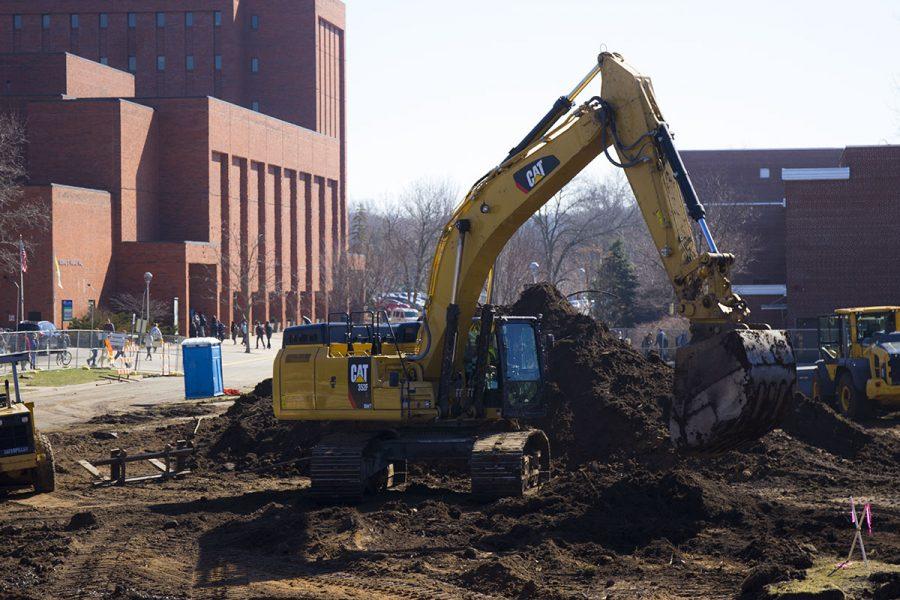 For students housed in the lower-campus residence halls, life has been a little rockier since construction crews rolled in over spring break and a water main ruptured Thursday that left five buildings without running water for hours.

Amid the congested walkways, smelly dorms and noisy equipment there’s reason to be frustrated, but project committee chairman Mike Rindo said these upheavals represent growing pains that will give way to a better campus for students.

“It’s going to significantly improve our campus infrastructure. It’s a great project in terms of stewardship and sustainability, and we’re going to do it in a way that’s energy efficient,” Rindo said. “There’s a lot of short-term pain, but the long-term gain is very palpable, very visible in a much-improved UW-Eau Claire.”

The Garfield Avenue Redesign project encapsulates a $12.4 million campus initiative to revamp the road that intersects lower campus and transform much of the university’s riverside property, from Putnam Lot down to Zorn Arena. The project is scheduled to be completed over two construction seasons, ending in fall 2018, according to the university’s web page.

Rindo said the plans primarily revolve around improvements for utilities located underneath Garfield Avenue, which will account for 75 percent of funding, and to expand facilities and beautify that portion of campus — stepping stones for other projects down the road, including the Towers renovation.

In terms of utilities, Rindo said the new infrastructure is not only a push for greater efficiency, but also necessary replacements for faulty plumbing dating to the ’40s and ’50s; construction for new sanitary sewer lines, water pipes, storm runoff, air conditioning, heating and more.

The old piping, as fragile as it is, may have caused Thursday’s incident, Rindo said.

“We’re not sure what caused the water main to break,” Rindo said. “We think it might have been the vibrations and the age of that water main, as the surface was being removed, the concrete, it caused the water main to fail and it really speaks to why we need to replace these utilities. They’re older and they’re subject to failure. This is one of those infrastructure projects you can’t wait to do.”

There are also plans in place to correct the footbridge’s south entrance, which will be closed starting May 22 and will be off-limits for the summer seasons in both ’17 and ’18.

All in all, the project has required fencing off the area in front of Schofield Hall, the presence of heavy-duty equipment to excavate and cutting down trees that made Eau Claire “Wisconsin’s most beautiful campus” —  although Rindo said the university also intends to plant twice as many trees once construction is finished. 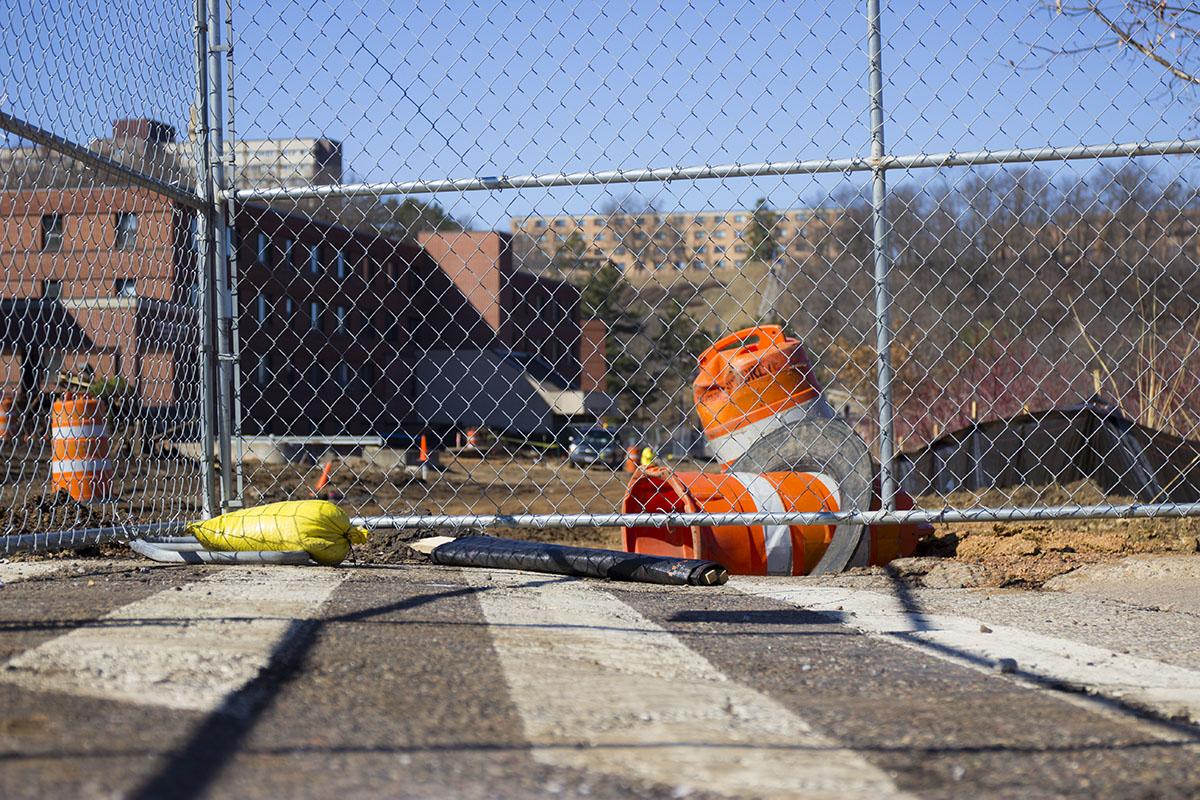 Mackenzie Walters, a junior public history student, said these developments are welcome, but they’re also a disturbance in the day-to-day lives of Eau Claire students, both for those who live on lower campus or those traveling from the hill.

“It’s still frustrating that it’s in the middle of the school year. It’s loud and annoying. The machinery, the people talking or walking — it can wake you up at eight in the morning,” she said, noting the construction has blocked access to garbage disposal for lower campus residence halls.

“We can’t use the garbage room because our recycling stuff is in there,” Walters said.

“It reeks on fourth floor; it’s rancid,” added Madison Jingras, a sophomore biology student, who, along with Walters, lives in Putnam Hall. “I don’t know what construction is going to be like, come finals. It’s going to be loud. It’s not going to be a fun time.”

For Jon Broschk, a freshman music education student, closing the main thoroughfare for the campus means dealing with congested foot traffic and irritating detours to and from his classes.

“Depending on the traffic, it’s either slower or faster. It’s confusing. With bike traffic, especially on the Hibbard side, there’s just not enough room,” he said. “They’re not even working around most of it. I feel like they could move the fences so that they could free up some more room.”

While Rindo said it’s unfortunate construction has to take place while students attend classes, there are components of the project that must be completed before the school year is finished, including a chilled water line that provides air conditioning to a number of facilities on lower campus. That has to be finished by mid-May.

Most of the heavy work will be done this summer when students are off campus, Rindo said. In the meantime, students need to be patient.

“Whenever you do a major project like this, there are things that, despite your best efforts of planning it, problems that pop up and you need to deal with it,” Rindo said. “We’ve said from the start: this is going to be a big undertaking. There’s going to be disruptions, there’s going to be congestion and we’re going to do everything we can to make it go as smoothly as possible.”