Water Street area left without power due to transformer fire 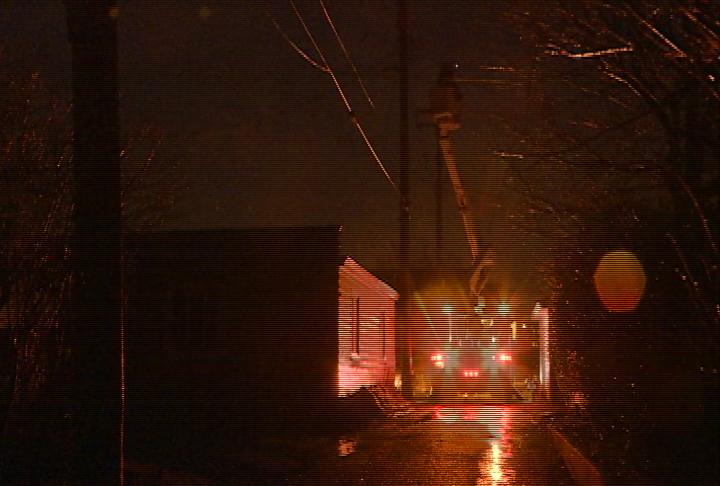 Over 800 people were left without power for over two hours Monday, including many UW-Eau Claire students and campus buildings.

This past Monday, more than 800 people were left without power in the Eau Claire area due to a transformer catching fire near Lake Street.

The incident occurred just before 6 p.m., leaving many businesses along Water Street. without power, as well as students and families living in the area.

Among the affected buildings was UW-Eau Claire’s own Haas Fine Arts Center and the Human Sciences and Services building, located along the 100 block of Water Street.

“Right as I got to the corner where the transformer blew, nothing was hanging on it or hitting it or anything but it just like, exploded,” said Sain. “Sparks flew everywhere and it was pretty nuts.”

He was subsequently left without power for 3-4 hours, on and off.  Later, when looking at the transformer, Sain said the same thing happened again.

While Xcel Energy worked to resolve the problem, emergency generator lights came on within campus buildings and Eau Claire police manned the Water Street and First Avenue intersection.
Xcel Energy crews arrived on scene and resolved the issue, having the power restored around 8 p.m. There were approximately 818 people without power during the outage.