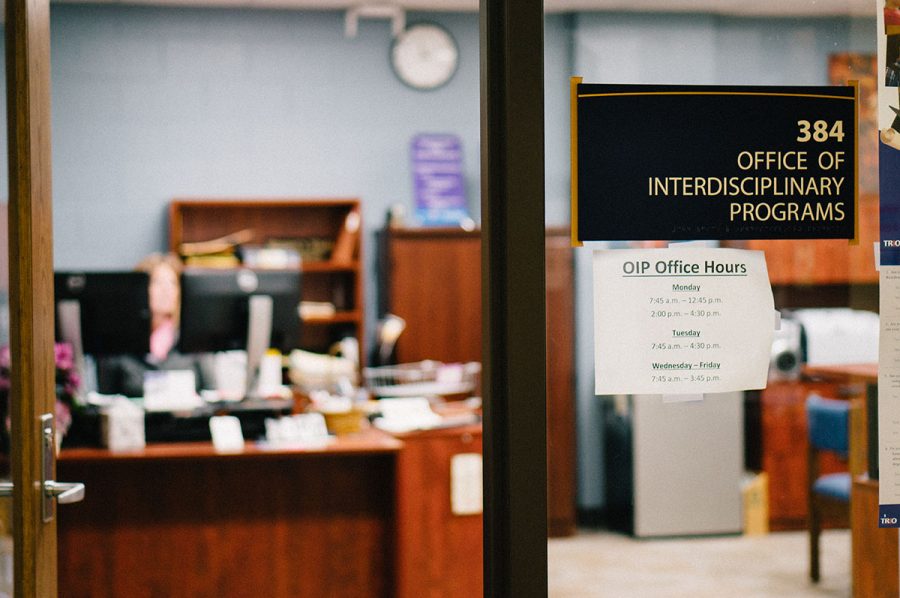 The Office of Interdisciplinary Programs was introduced in the fall of 2015 bringing four programs under the same support staff: the watershed institute, American Indian studies, Latin American studies and women’s studies.

This is the third installment where Erickson looks at the effects the 2015-17 budget cuts are having on UW-Eau Claire’s academic departments and its students, faculty and staff.

Now is the time more than ever for students to become better acquainted with cultures and perspectives different from their own, said American Indian studies (AIS) and English professor Debra Barker, referring to a campus and national climate that isn’t always warm toward people of color, and she offered a solution.

“I think the one remedy we have for that is familiarity,” Barker said. “The more critical, multi-cultural courses we have out there, the more faculty and student of color, the more opportunities we have to broaden and expand our students’ experiences and perspectives, the better.”

But after sitting on a foundation of state-distributed budget cuts, she said she regrets the hit is affecting American Indian Studies’ ability to provide these experiences with the necessary frequency.

In the 2015-17 state budget, Gov. Scott Walker and Republicans in the Legislature cut $250 million in funding to the UW System. UW-Eau Claire took a disproportionate amount of the impact with $12.2 million to cut from the two-year budget, which expires this upcoming June.

Barker is the director of the American Indian studies (AIS) program, one of the university’s four interdisciplinary programs housed on the third floor of Hibbard Humanities Hall, along with women’s studies, Latin American Studies and the Watershed Institute.

Aside from the Watershed Institute, the rest of the programs are unique from other academic departments because they rely on faculty in outside departments to serve as affiliates and teach their courses.

For example, in Latin American studies (LAS) the bulk of the courses they offer depends on faculty in other departments who teach Latin American content and crosslist the class between their own department and LAS, Assistant Professor Gerardo Licón said.

This dependence on other departments left three of the university’s programs especially vulnerable during cuts and it has influenced how they’re doing today, faculty members have said.

Back in 1995, Barker helped write the course for Introduction to American Indian Expressive Cultures. In 1996 she co-taught the new bundle class long before bundles started appearing elsewhere on campus. Now the course that used to be offered every semester will not be available next semester, she said from the classroom in which she had just finished teaching possibly one of her last AIS 102 classes.

The course is split into five week intervals of different professors teaching sections on literature, art/film and music. Barker teaches the literature section and said it won’t be offered next semester because the current budget policies won’t allow them to pay professors to teach just one credit, even if the professor is willing to teach it in addition to their normal load.

She doesn’t yet know if they will be able to offer it again someday.

Students also loved a course cross-listed between music and AIS called American Indian Music, Barker said, but when the professor who taught it was offered a tenure track at another UW System school that could afford to pay her a  tenure salary Eau Claire couldn’t in the midst of the budget crisis, she transferred and the course was removed.

“She wanted very much to stay,” Barker said. “And we wanted her to stay. She was brilliant.”

Fifth-year student Savannah Rigert, who’s majoring in AIS and social work, said the AIS program acts as a community. If it wasn’t for her AIS professors, she said she questioned if she would have stayed in school, then explained the only reason she came to college was to prove to her high school teachers she could without intentions of staying.

So when Rigert saw the pressures and strains of budget cuts taking a toll on professors she’s close to, she worried how that could hinder other students’ abilities to become close with their professors down the line.

“I think I’m graduating because of them, with two degrees and applying to grad school,” she said. “I’d hate for anyone to lose that.”

Former women’s studies director, Asha Sen, also believes the interdisciplinary program she’s worked closely with is now more valuable than ever, especially considering the abundance of hate crimes and hate speech popping up lately.Meanwhile, she said sexual violence and threats to reproductive rights don’t appear to be going away.

“We really need programs that are focused on social justice issues and that teach about systemic oppression,” Sen said. “That give our students the language and tools that they can use to be advocates and allies.”

While Eau Claire was arranging to adhere to the 2015-17 state budget Sen served as women’s studies director until economics professor Rose-Marie Avin took over this fall.

Prior to budget cuts, Sen said it was easier for departments to loan affiliates to teach women’s studies courses, but after those departments’ teaching and service increased, it became harder for those professors to contribute.

“I feel that myself,” Sen said, who no longer has an appointment with women’s studies. “My commitment is now to English. In addition, I just don’t have the time or energy to do it.”

In addition, women’s studies courses can be particularly exhausting to teach in an emotional sense that other courses are not, Sen said, on behalf of her own experiences.

Gaochi Vang, who’s majoring in both women’s studies and psychology, said she finds value in the women’s studies program because it progresses the campus in a more inclusive direction.

“Even though it’s just a small step and small program, it’s still a step in the right direction to be more inclusive,” Vang said. “and I think that’s very important, especially to people of color, the LGBTQ community, people with disabilities, people who identify with the program.”

Fourth-year student Emilee Grunow minors in women’s studies and said it’s designed to give people with marginalized identities access to conversation, while teaching people how racism and sexism work so thoughts can be undone.

But with class sizes that have grown, Grunow said this sort of productivity can be hindered. For example, her capstone class used to be offered every semester with five to six students, she said. Now it’s offered once a year with about 15 students, which means less freedom of expression in the classroom.

He’s been protecting his Music and Dance of Latin America class by letting class size grow in his lecture courses so he can keep his discussion-based class small for his students.

“The larger the class, the more intimidated students are to speak up,” he said. “And the harder it is for more students to even have an opportunity to be able to speak up.”

Similar to the AIS program, Licón is the only faculty member dedicated solely to the program, while the director is split between the program and another department.

The program is planning to cross-list with two already existing courses for the next academic courses but possible future retirements could injure the number of offered courses even more in upcoming years.

Fourth-year student Jenilee Eder said this deduction in available courses has left her optionless while signing up for courses in the past and has even prevented a few friends about to major or minor  in LAS from doing so once they noticed the lack of offered courses to fulfill requirements.

Edel, who’s majoring in both LAS and political science, hopes to attend law school next fall using her two degrees. She decided to major in LAS after she took the introductory course. It brought home the idea that she wanted more than just familiarity with the Spanish language while working with potential Latin American clients, she also wanted the integrated aspect of culture LAS could provide.

“Having the cultural understanding allows you to understand problems they [potential clients] face and where they’re coming from,” she said, “so you might better understand their reasonings.”