Tuition on the rise for non-resident students 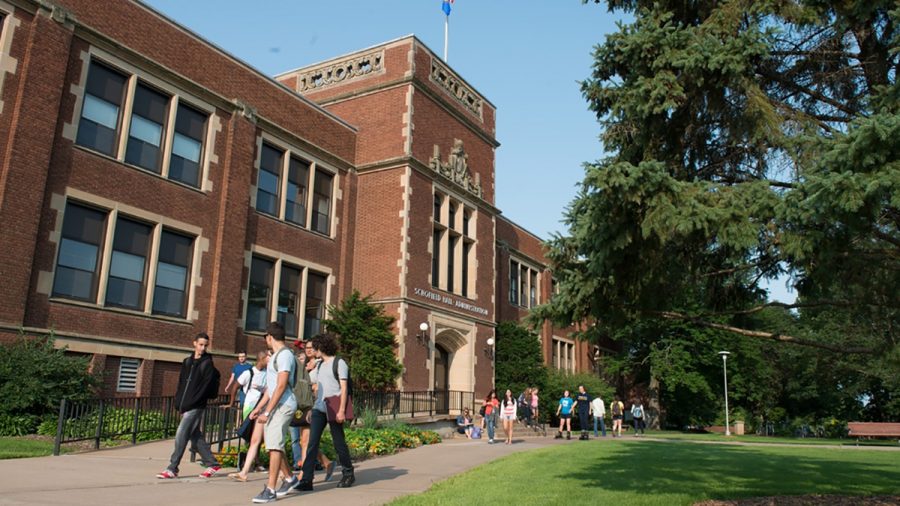 CJ students like Sibenaller and Meyer said the decision to switch to remote learning “made sense” since students will likely be traveling across the U.S. for fall break.

Students from out of state at UW-Eau Claire will soon have to pay a little extra for their education.

As a whole, the proposed tuition rates will impact the checkbooks of approximately 10 percent of the student body, according to Assistant Chancellor for Facilities and University Relations, Mike Rindo.

Rindo explained the term “resident” applies to students at Eau Claire that either hail from Wisconsin or Minnesota. Minnesota natives qualify for in state tuition due to the current tuition reciprocity agreement.

Overall, Rindo said the increase is for a good cause.

“A $250 million reduction in state funding in the 2015-2017 state budget has resulted in budget cuts and staff reductions that have, in turn, led to fewer class offerings and larger class sizes for students,” he said. “The additional funding generated by the increase is estimated to be $178,000 annually, and it is going to help support the university’s goals.”

Rindo identified these goals as part of the UW System’s “Claiming Our Value: UW-Eau Claire’s Academic Master Plan,” the “Equity, Diversity and Inclusivity Plan” and the “Creating Our Future: UW-Eau Claire Strategic Plan 2016-2020.”

According to the Board of Regents agenda, these plans collectively outline strategies to “retain and attract exceptional faculty and staff; ensure all students thrive and achieve their completion goals; improve campus climate; and create a resilient organization that is agile and capable of meeting the challenges of a changing higher education environment.”

While Rindo said he sees the increase as beneficiary, non-resident students are reporting quite the opposite.

“As a student that wanted nothing more than to move to Wisconsin for college, I feel this raise in our tuition is discouraging students from moving out of their comfort zone into a new state,” Codling said. “I don’t like the fact that we are the ones being charged more.”

Adria Slade, a sophomore student from Michigan, said she feels the university is forcing the wrong students to foot the bill in order to achieve their goals.

“I understand that the school needs more (money) for things due to cuts in funding, but I do not think that this is the way to do it,” Slade said. “My tuition is already double what most residents pay and while an extra $350 isn’t that much more, it is still more that I have to take out in loans, which really adds up.”