One hundred reasons to celebrate: week 13 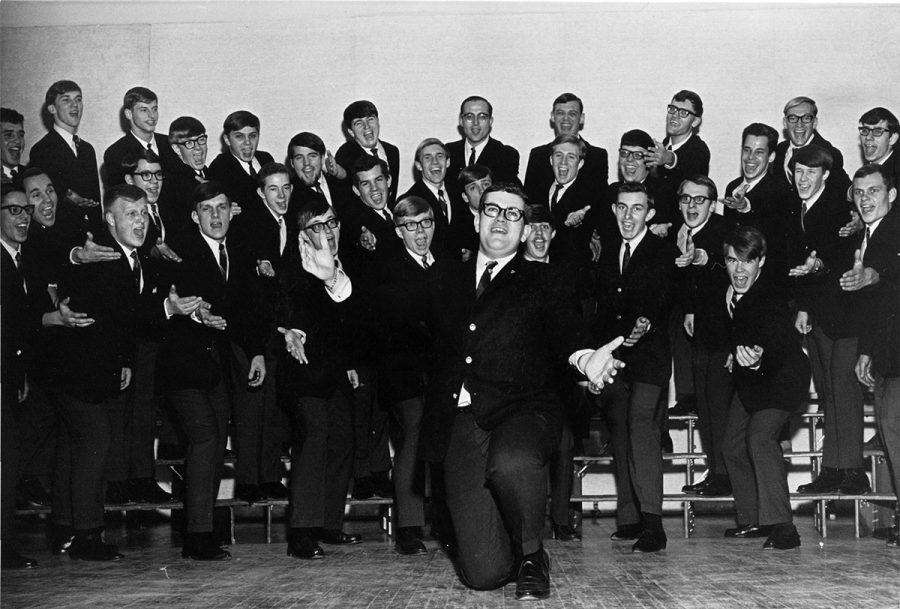 At UW-Eau Claire, students can join all-male, all-female or mixed vocal ensembles. Shown here is a male ensemble from the 1960s-1970s.

The University Symphony Orchestra performs one concert each semester, accompanies a musical play or opera yearly, goes on a tour to high schools around Wisconsin and Minnesota and performs at the annual Viennese Ball.

The current director of the University Symphony Orchestra is Nobuyoshi Yasuda, who led the orchestra to two invitations to perform at the annual conference of the Wisconsin Music Education Association in both 1992 and 1995.

According to Eau Claire’s website, the group comprises 60 members who perform symphonic tunes from the eighteenth, nineteenth and twentieth centuries. The orchestra performed Sunday at the 42nd annual Holiday Concert in Zorn Arena.

With over 400 students involved in campus choral ensembles, Eau Claire is known as Wisconsin’s Singing University. According to Eau Claire’s site, there are programs for men and women respectively as well as combined.

The university offers students six different for-credit ensembles to choose from, and no student is required to pursue a music major to participate. According to the Eau Claire website, that’s part of what makes this campus special. In order to celebrate this, a social media movement was created. To learn more, readers can watch this video, posted on Youtube by the university.

Students have the option to major in music, but if they want to study something else and still be involved in vocal music, all they have to do is audition. There are also vocal clubs and groups students can be a part of outside of their classes, including several a cappella ensembles.