The document includes plans to create jobs and protect workers 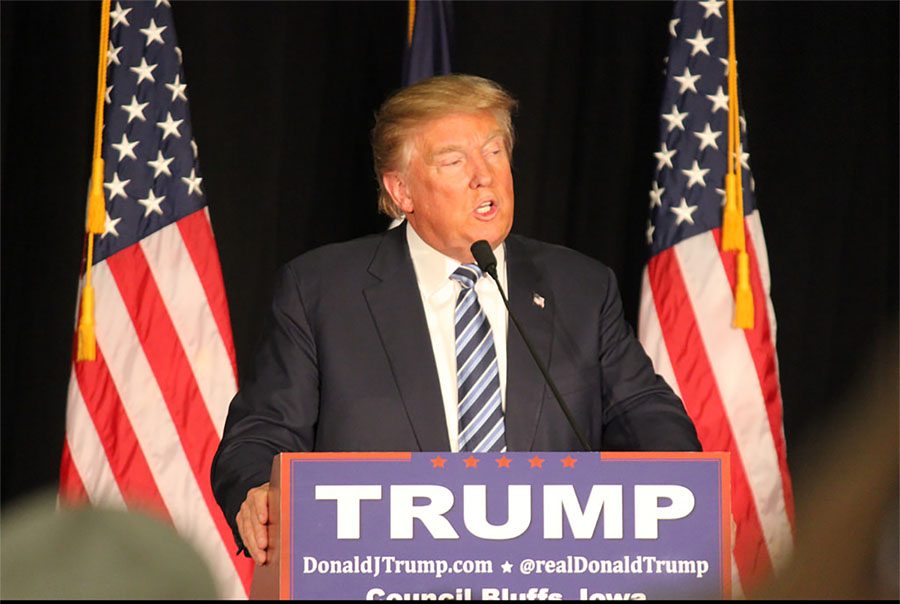 Throughout his campaign, many Trump supporters would chant “Build that wall,” referring to Trump’s plan to build a wall on the Mexican border. This section of the plan reiterates those plans. (Submitted)

President-elect Donald Trump’s “Contract with the American Voter” reaffirms his campaign promises to protect the interests of American workers.

The document states Trump’s plans to renegotiate and potentially withdraw from the North American Free Trade Agreement (NAFTA) and the Trans-Pacific Partnership (TPP).

UW-Eau Claire economics professor David Schaffer said Trump’s plans could benefit American workers. However, he said withdrawing from these treaties could have harmful effects on the U.S. economy as prices would increase in response.

“If he goes ahead with it (withdrawing from the trade agreements), it means prices will go up on products here,” Schaffer said, “because we buy a lot of stuff that’s assembled in America, but the parts are made somewhere else.”

Schaffer said Trump’s plans to lift the current restrictions on producing natural energy sources, allowing the Keystone Pipeline to commence and canceling payments to the United Nations’ climate change programs would be the biggest job producers.

However, he said those initiatives would also have harmful, lasting impacts on the environment.

“In terms of what he wants to do to the environment, it’s frightening,” Clark said. “It’s very reckless and something that cannot be changed.”

Clark also said she hopes Trump is successful in creating jobs for the sake of the economy, but she’s unsure of whether or not he will be able to once he takes office Jan. 20.

Eau Claire political science professor Ali Abootalebi said the problem with China is more based on inexpensive labor than manipulating their currency.

“U.S.’s problem with China is rather due to our economic weakness as opposed to their economic currency,” he said.

College Republicans Vice-Chair Sam Heiden said nothing from the plan surprised him.

Heiden said the most advantageous part of Trump’s plan would be “Bringing money back from the U.N. to focus on domestic side of politics … because the U.S. would be serving its citizens first.”

The rest of “Donald Trump’s Contract with the American Voter” includes taking actions to restore public security and constitutional rule of law.