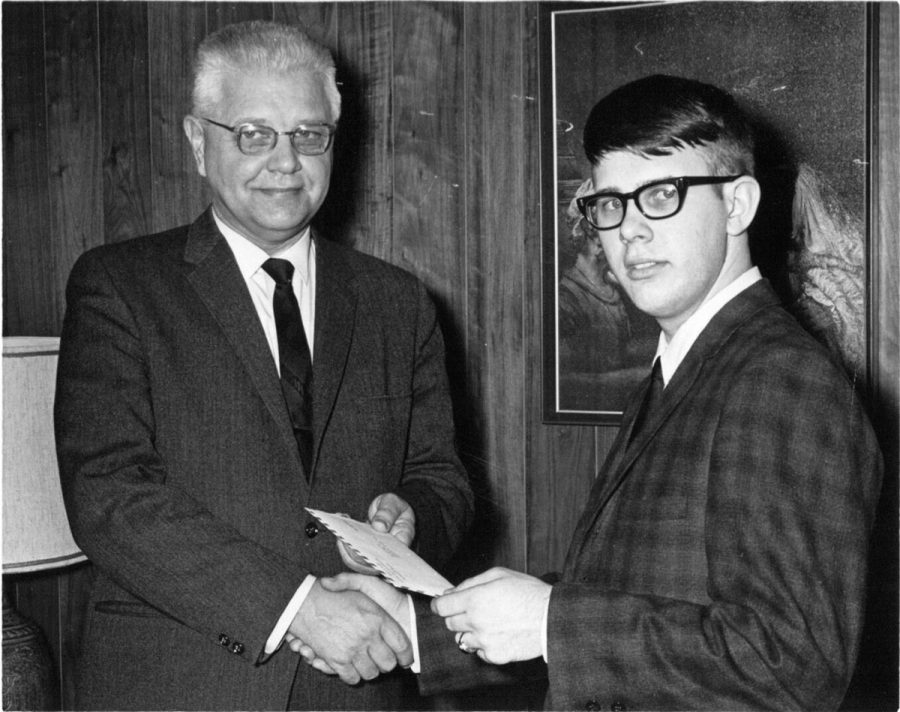 #16 – Commission on the Status of Women

According to the Commission on the Status of Women webpage, the CSW is “charged with making recommendations to the Chancellor regarding issues, policies, and initiatives affecting women, as well as seeking input from and providing information to those individuals, departments, units, and organizations interested in the status of women.”

Specifically at UW-Eau Claire, the Commission is responsible for advising the chancellor regarding campus inclusivity, safety and fostering a healthy environment for women in the university. This includes students, faculty and staff.

According to an article in The Spectator published April 4, 1974, “The biggest problem on the UWEC campus involving discrimination against women is in the classified staff.” The article stated Sarah Harder, chairperson of the CSW at the time, said discrimination began at the time a woman applied for a job, because unlike a man, she wouldn’t be told the “career ladder possibilities.”

“As a result of efforts by the commission, the Personnel Department is now working on a handbook which will make both female and male applicants for positions on the classified staff aware of the possibilities, Harder said,” stated the article.

Here are a few of the paths alumni of the program have taken:

Upcoming performances include the Centennial Gala at 6 p.m. Oct. 8 and the Wind Orchestra and Women’s Chorus concert at 7:30 p.m. Oct. 13. More performances can be found on the Blugold events calendar.

On its website, the Office of Multicultural Affairs states its mission as “ . . . creating an inclusive campus environment critical to the development, personal growth, and academic success for students of color.”

The office grants diversity scholarships, hosts a series events, such as those during Black History Month in February and offers a Multicultural Leadership Retreat.

This year’s retreat was Sept. 16-18 at Camp Manitou in New Auburn, Wisconsin.

Rather than focusing on solely present-day issues and successes, the OMA staff says they will respect and appreciate “the rich history, tradition, and culture of ethnically diverse students and groups,” according to the site.

The Office of Multicultural Affairs advocates for and provides services and support to students of color. Shown here is a group of Native American students in 2000. 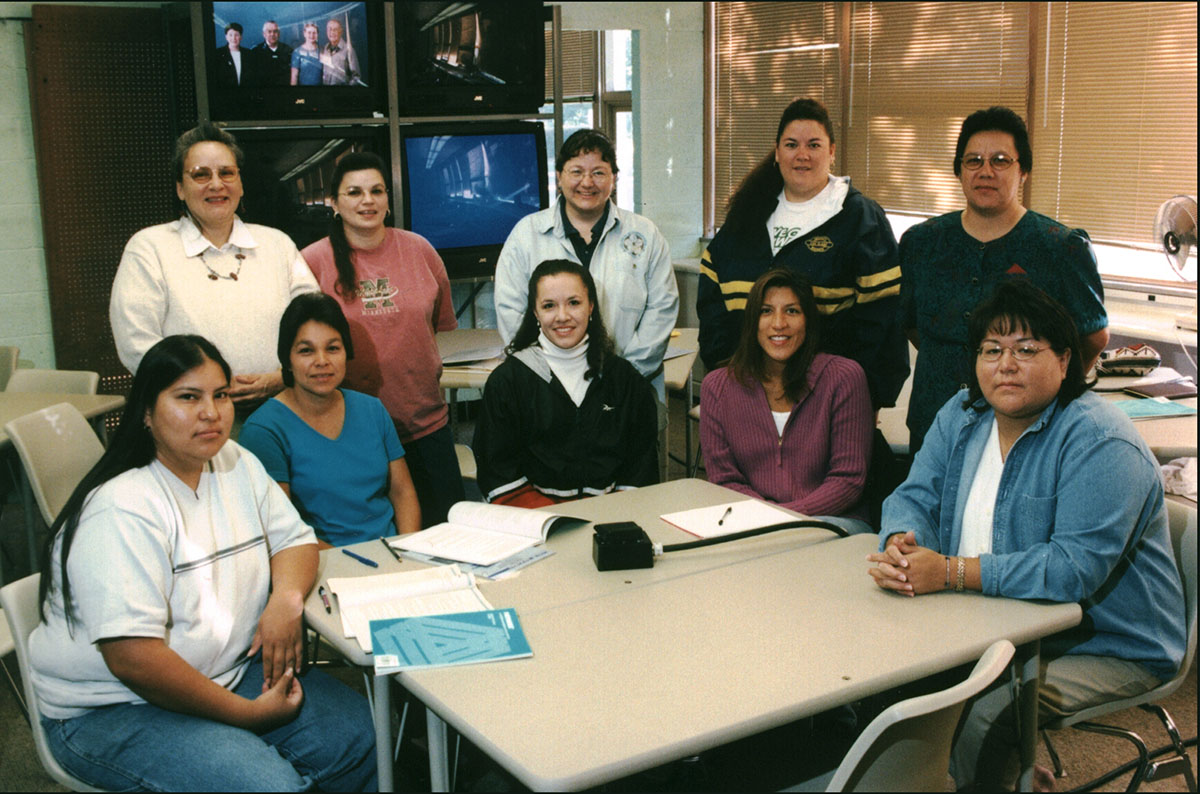 According to a Spectator article published in 1989, a Hmong Community Service Project was opened to students that year. Hired tutors worked with adult Hmong refugees in “English as a Foreign Language, basic math, citizenship and Hmong literacy.” 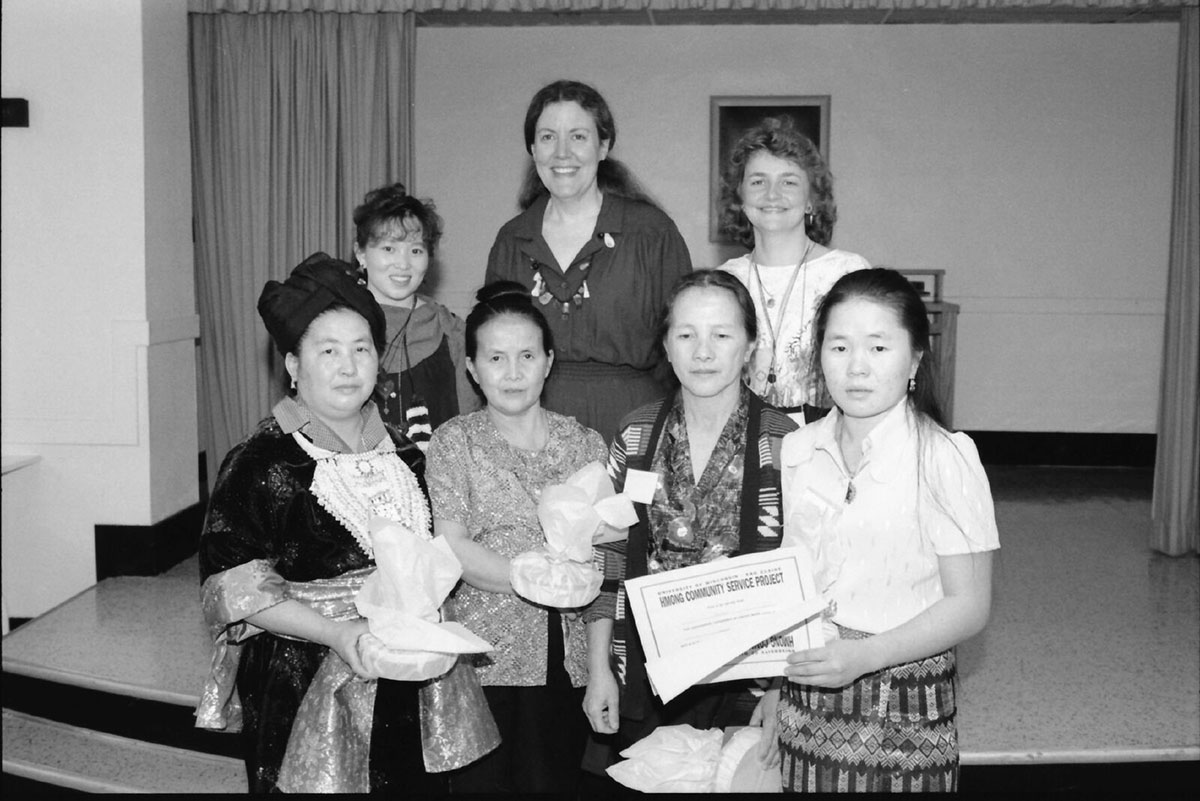 “The University of Wisconsin-Eau Claire Foundation Inc. is an independent organization that helps alumni, friends and donors provide support for academic, cultural and professional programs at the UW-Eau Claire that aren’t possible through state funds and tuition alone,” states the Foundation website.

Donations made through the UW-Eau Claire Foundation have many different purposes, such as funds for student scholarships, buildings and facilities, athletics, performing arts and faculty fellowships. These are just a few of many which can all be found on the webpage.

The foundation accepts many forms of donations, ranging from checks to pledges to securities and stocks.

Outside of accepting and allocating donation money, the foundation also commissioned musical pieces for the upcoming Centennial Gala 7:30 p.m. Oct. 8.